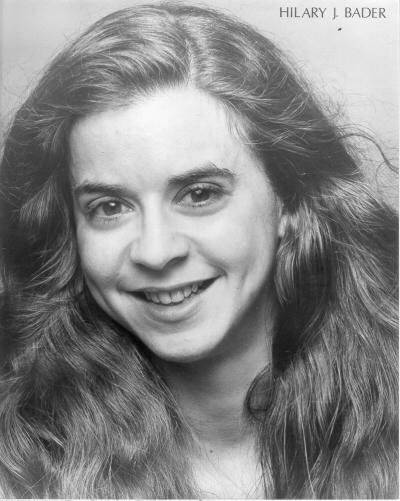 2546180-hilary_j_bader_2400×501 31.4 KB
For the month of May, we’ll be looking at the life and work of this talented person. Hilary has wrote many great Star Trek episodes for The Next Generation, Deep Space Nine and Voyager, later she came to Warner Brothers and wrote for Lois & Clark The new Adventures of Superman.
Then her career in animation took flight writing so many episodes of Superman the animated series starting with ‘A little piece of home.’ She also wrote for The Adventures of Batman, Batman Beyond, Zeta’s Project and Gotham Girls. She also wrote comics for Batman Beyond which you can find it here.
Sadly her life was cut short when she passaway of breast cancer in November 2002 at the age of 50, her memory will live on Forever in her works. Here’s a list of shows and episodes she worked on.
Superman The Animated Series
“A Little Piece of Home”
“My Girl”
“Target”
“Action Figures”
“Double Dose”
“The Hand of Fate”
“Prototype”
“Heavy Metal”
“Warrior Queen”
“Where There’s Smoke”
“Absolute Power”
“In Brightest Day…”
“A Fish Story”

For Gotham Girls, she and Paul Dini wrote all 30 Webisodes, here’s a video of the first webisodes


Each day I’ll be posting a webisode of Gotham Girls.

Throughout the month of May we’ll be looking at her works in comics as, this is just a start.

Questions
1.What’s your favorite episode that Hilary wrote from any series?
2. Was there a episode you were suprise that she wrote?
3. Hilary wrote alot of Batman Beyond comics, do you have a favorite she wrote?

The early Years
Hilary J. Bader was born on April 27, 1952 in Brooklyn New York to Jerome and Evelyn Bader.
Her early years are pretty much unknown, on her later years she was a writer intern over at Paramount studio for Star Trek: The Next Generation. She wrote her first TV episode for the series called ‘The Loss’ here’s a trailer for the episode,


I’m guessing that everyone were impressed and like her writing skills, cause she wrote more episodes!
If you would like to see more of her work on Star Trek, you can check it out right on this link, memory alpha


In 1994 Bader wrote her first Superhero show, Lois & Clark The New Adventures of Superman. She only wrote 1 episode for season 2 called, ‘Chi Of Steel’ of course you can find that episode right here on DC Universe.

1.What’s your favorite episode that Hilary wrote from any series?

My two favorite episodes that she wrote are “The Eggbaby” from Batman Beyond and “Battle Lines” from DS9. They are total opposites as far as tone is concerned but they really show off her skills as a writer.

What surprised my wasn’t an episode but one of the series you listed. I wasn’t aware she wrote episodes of Zeta Project.

I wonder if @Applejack ever seen this webisode.

Unsurprisingly, I didn’t care much for most of these episodes–since, you know, I can’t stand STAS–but “Action Figures” wasn’t half bad, especially for an amnesia plot.

I’m so glad you like the action figure episode. Knowing you’re not a fan of Superman the animated series, hope you’re a fan of Batman Beyond.

Um, that’s certainly an interesting still image there to represent the episode.

Oh my goodness! I didn’t notice that til now! I’m going to have to delete that! Thankyou @AlexanderKnox. Sorry everybody, I’d like to keep this club a family friendly rating.

For Superman the animated series, if I have to pick three best episodes that Hilary worked on it would be…

Hello everybody, Since DC Universe Library doesn’t have The Batman Adventures: Lost years at this time, here’s some pictures from the comic book. I believe that this was the first time that Hilary J. Bader ever worked on a comic book. 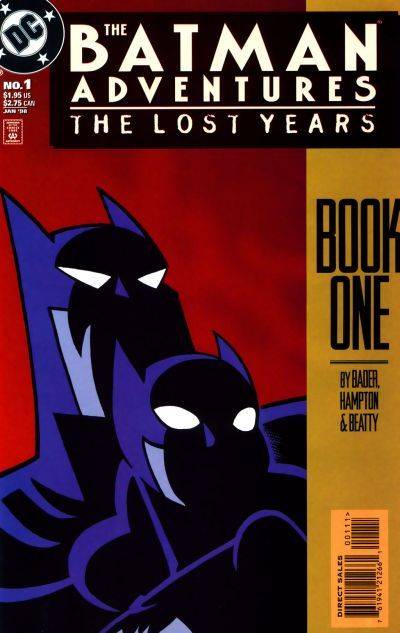 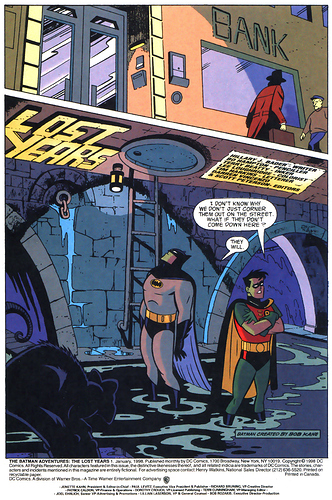 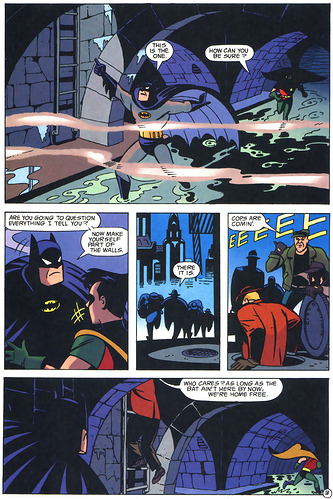 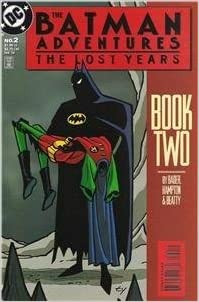 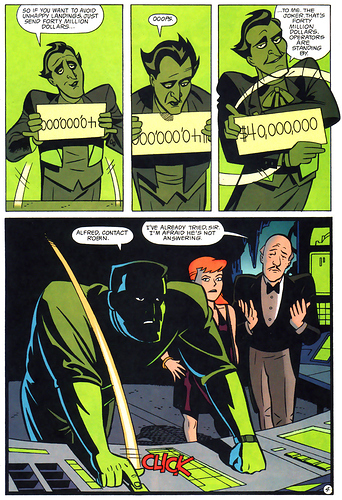 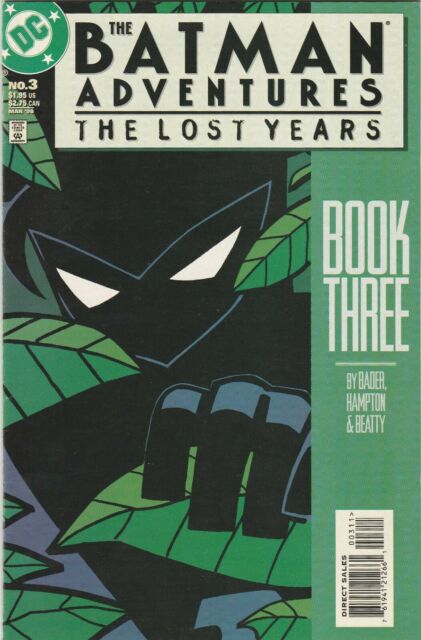 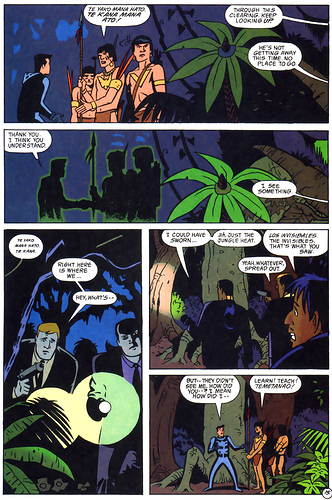 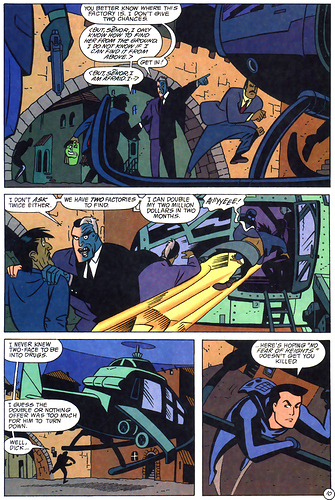 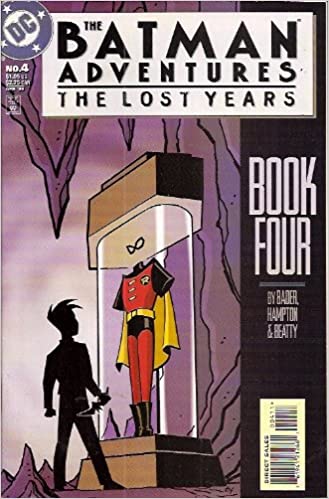 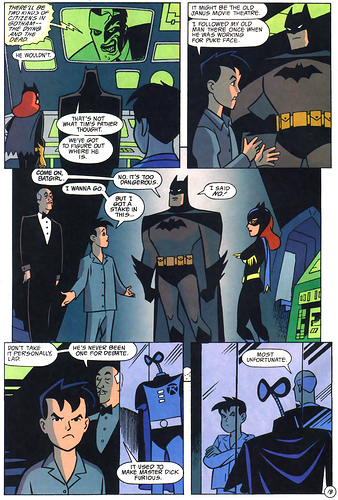 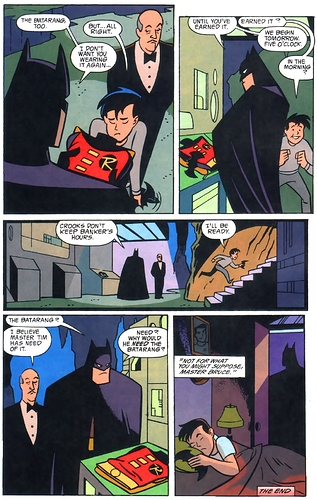 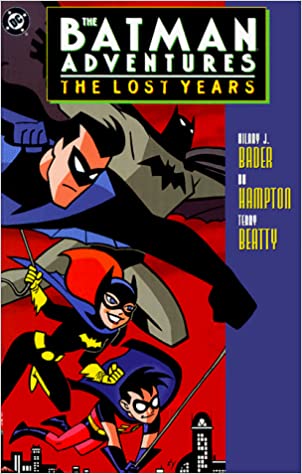 2 episodes was based on this miniseries comics, “Sins of the Father” and “Old Wounds.”

Really cool to see this tribute. The only thing I knew about Bader was that every time I saw her name in the STAS credits, it was a really good episode. It’s a shame she passed. What a talented writer.

Thankyou for your comment and I couldn’t agree more.

Hello everybody here’s my top. 3 pick for best episodes that Hilary J. Bader wrote for The New Batman Adventures.

Those are two of my favorite episodes as well.

Hello everybody,
My top 3 pick for best episodes that Hilary J. Bader work on for Batman Beyond are…

She also wrote quite a bit of Batman Beyond comic books, they are here in the DC Library, be sure to check it out.

She wrote for both the miniseries and the regular series.

I’m a super big fan of Deep Space 9. I find that incredible to know of her writing talents, such a great show. My favorite DC thing of hers would probably be batman beyond. RIP