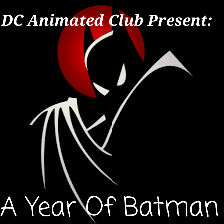 Hello everybody, This year the DC Animated Club will be paying a special tribute to one of the greatest animated series ever, Batman the Animated Series. On September 5th it will be turning 30 years old!
Each week starting on January 3rd, we’ll be looking at 30 different characters, from the episodes they appeared in, comics appearance, toys, and many more,
Later this Summer we’ll be looking at a 25th anniversary of The New Batman Adventures as well.
I’m so excited to start this idea, and hope you’ll enjoy it.
As for other animated shows and movies, they will be talk about as well like the new animated movie Super Pets which hit theaters later in May. @Vroom will still be hosting the Watch Along as well.

If you guys would like to Join DC Animated Club, here’s a link so you don’t miss a thing…
https://community.dcuniverseinfinite.com/g/DCAnimatedClub

The Adventure begins on Monday.

I’m going to make this a wiki so you guys can add stuff about each characters every week. Hello everybody, Before we get started on a character of a week, here’s 2 different documentary of behind the scene of Batman The Animated Series.
The first video is a hour and 30 minutes long while the second video is about 4 minutes long, on voice acting. 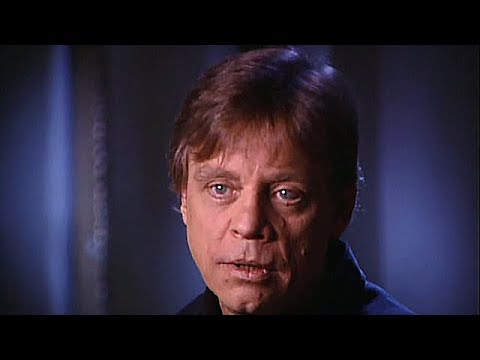 I’ll be back tomorrow for Character Of The Week.

Character Of The Week: Bruce Wayne/Batman

History:
Young Bruce Wayne witness his Parent’s murder, as he was growing up, he vow to fight crime, spend years training in martial arts, he would later discover there was a Batcave under the Wayne Manor while proposing to Andrea Beaumont, as bats flew out of the ground.
He would later dress as Batman to fight crime. Batman would gain a trust by Commissioner James Gordon.
Over the years Batman would sometime team up with Robin, and later Batgirl.

Episodes:
Batman appear in all 85 episodes of The Animated Series, his best top 3 episodes are… 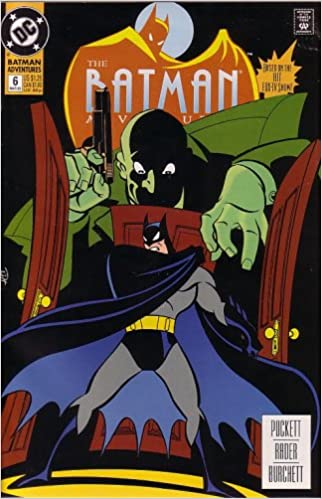 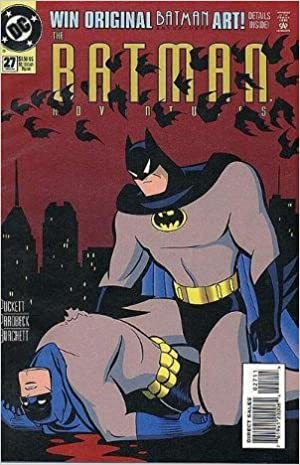 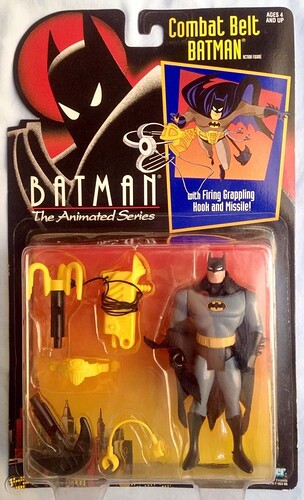 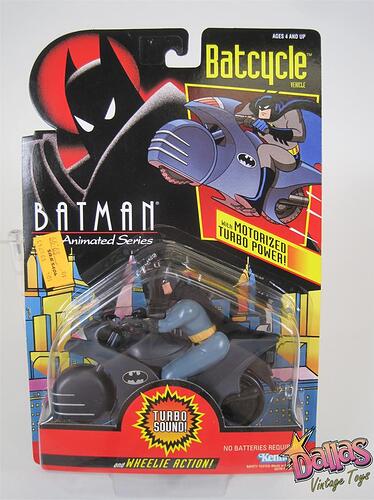 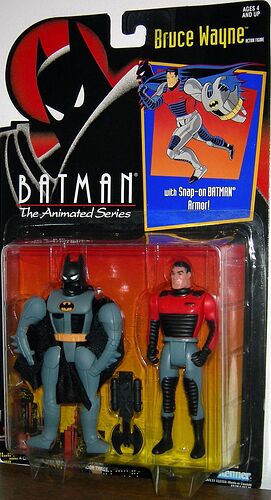 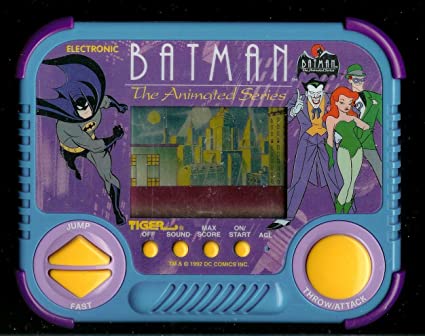 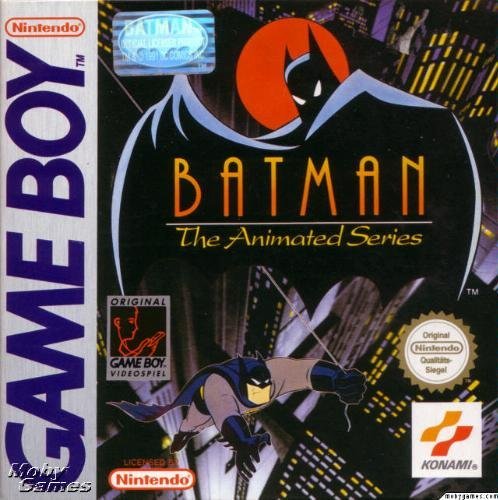 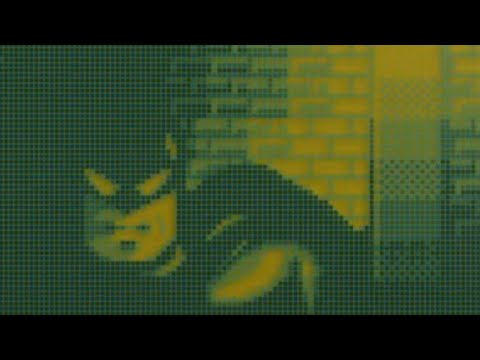 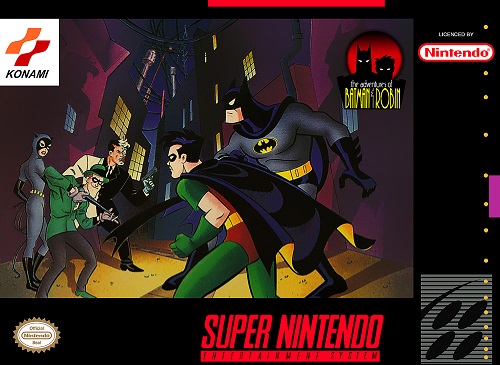 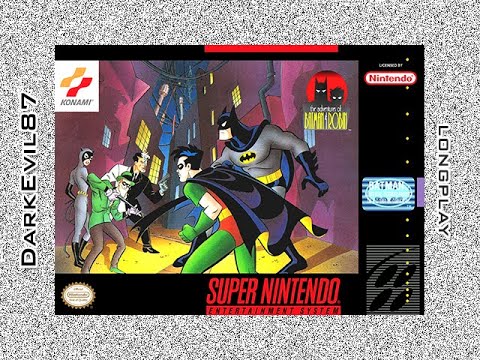 Character Of The Week: Dick Grayson/Robin

History:
Like Bruce Wayne, young Dick Grayson witness his Parent’s murder, they were known as The Flying Grayson at Haley’s Circus.
Wayne would take Grayson under his wing, later Grayson would become Robin and join Batman once a while in his adventures.

Later the show would be called The Adventures Of Batman & Robin, here’s a video of it’s intro… 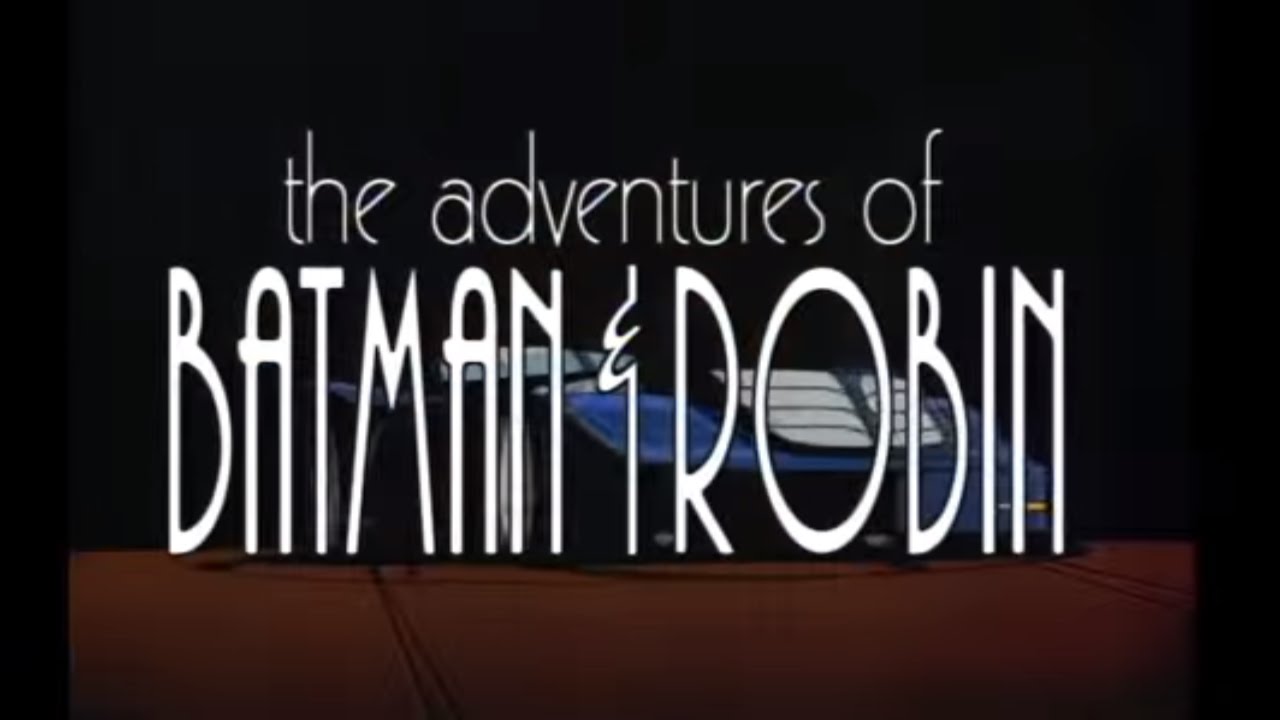 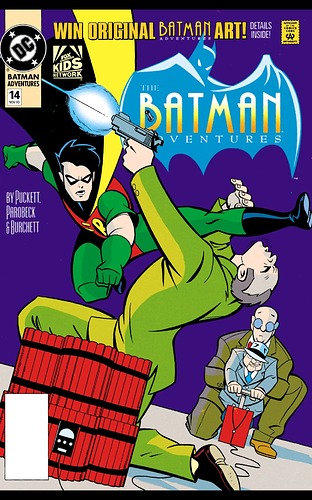 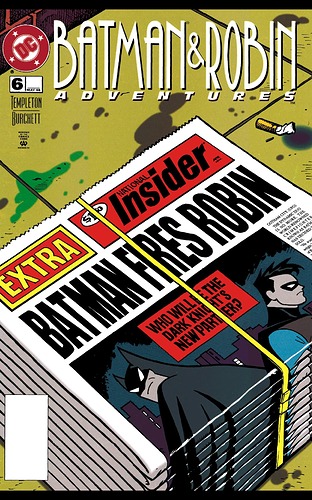 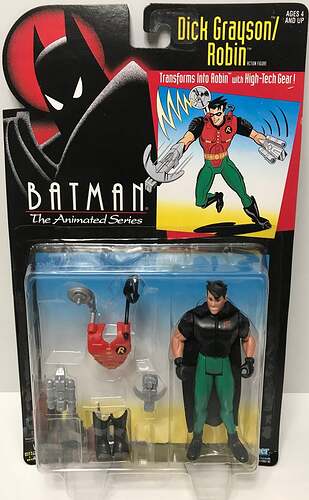 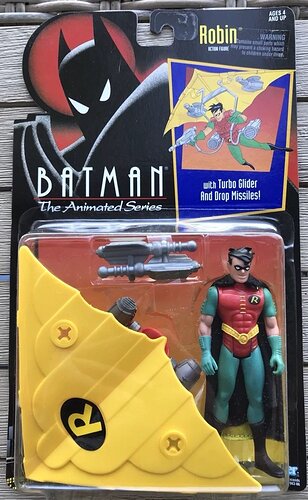 This makes me feel so old! I just can’t believe all these things are turning 30 this year!!!

I feel like I was watching these just yesterday! Well I was, but you know what I mean!