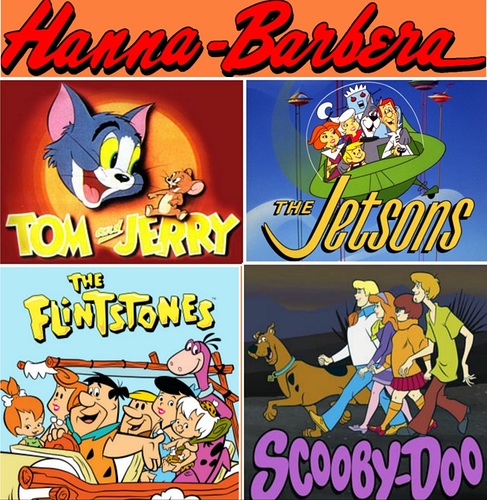 20210416_1852281211×1243 414 KB
“YABBA DABBA DOO!!!”
“I’m smarter then the average bear!”
“Jane, stop this crazy thing!!!”
If these quotes sound familiar to you, chances are you have watch these classic cartoons from Hanna-Barbera.
In the next 2 months we’ll be looking at all things Hanna-Barbera. Here’s a rundown what to expect this month…
Week 1: History Of Hanna-Barbera
Week 2: The Flintstone
Week 3: The Jetson
Week 4: Scooby-Doo Team-up

And that’s only a beginning!

We’ll be looking at comics that are based on a series.
So let’s get started!
Here’s a pictures of the two men themselves that started all… 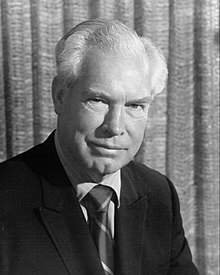 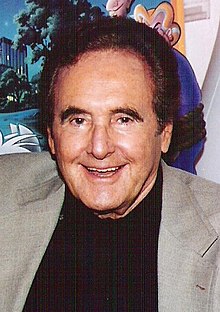 Here’s a video on the history of Hanna-Barbera, it’s in 5 parts. Next week we’ll be looking at The Flintstone both comics and the original series!

Questions
Here’s some questions, feel free to answer them if you like.

Be sure to check back next week as we look at The Flintstone, both comic and the original TV series.

Now that’s done, it’s time for lunch… where did it go?!

Here’re a few items from the line: 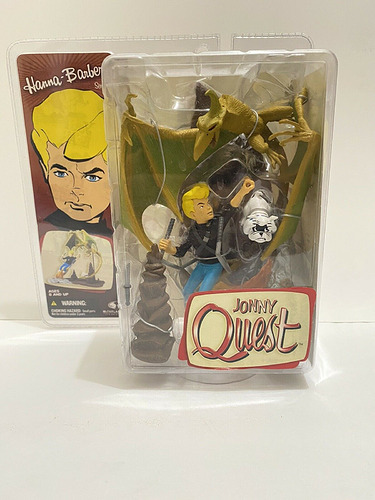 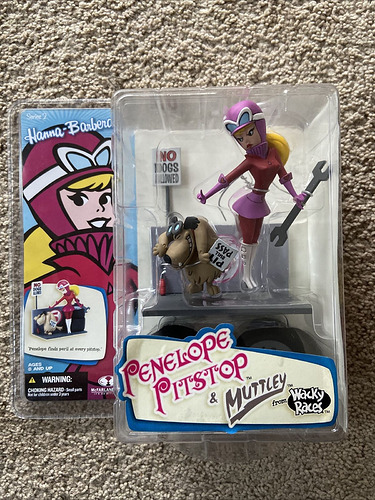 Tom and Jerry (rocking out to Metal and Death Metal well over a decade early? Maybe.) 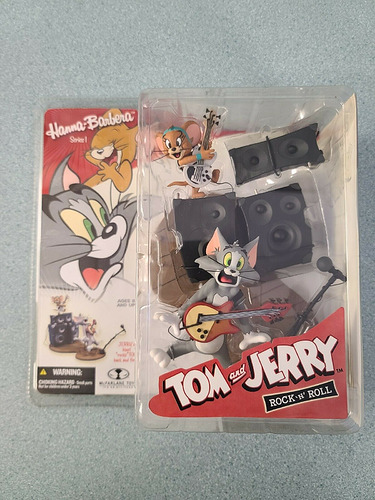 Tom and Jerry: No Trespassing 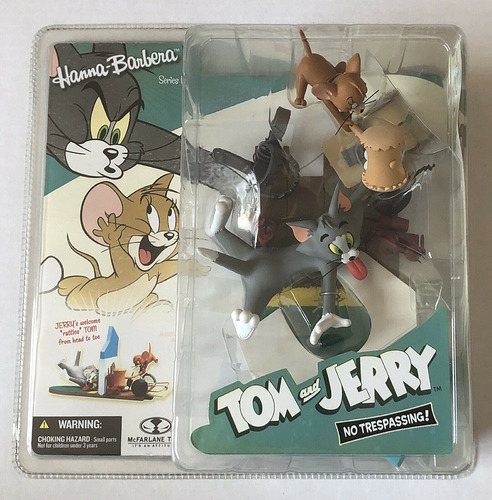 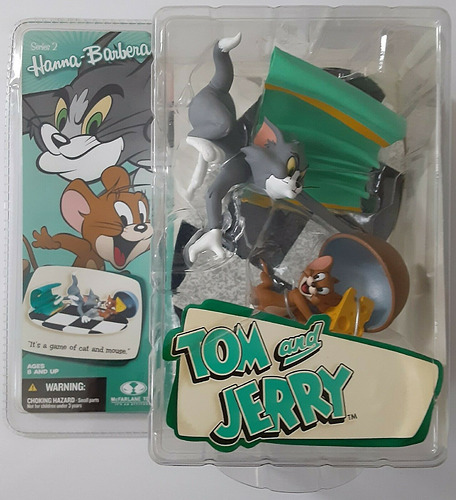 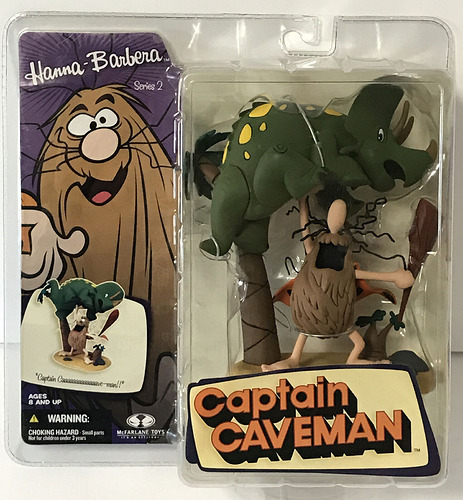 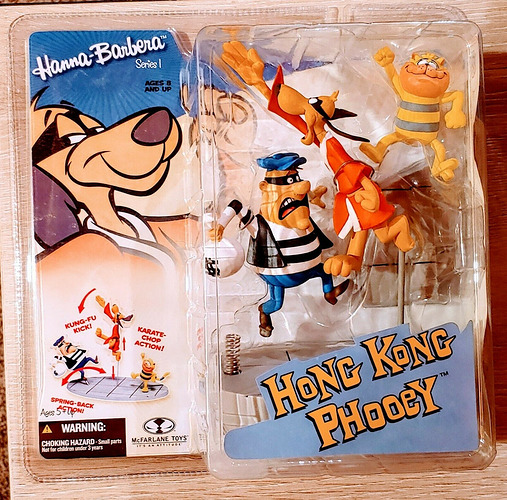 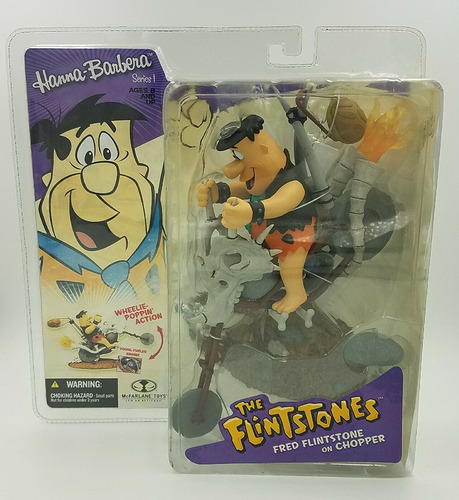 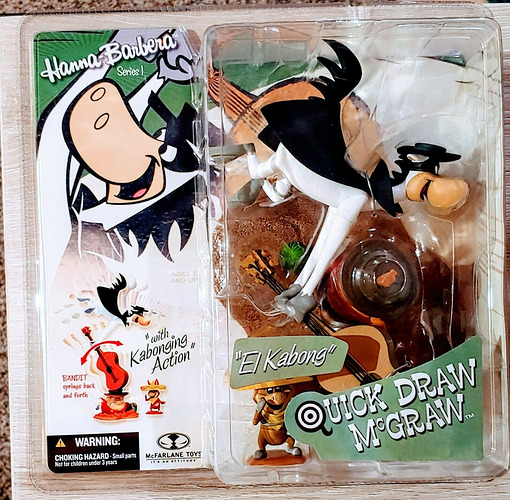 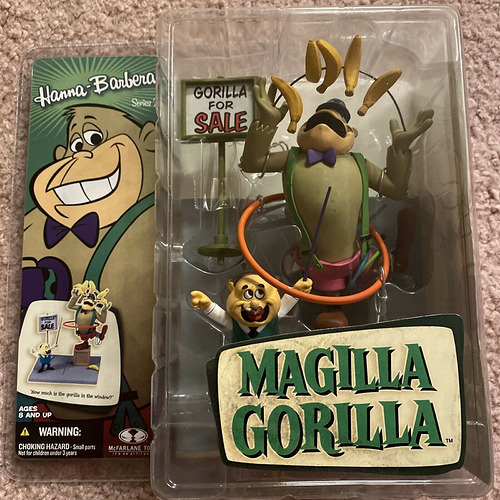 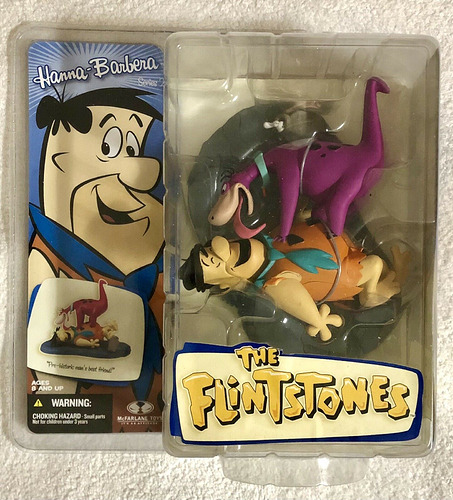 Fred and his cruiser 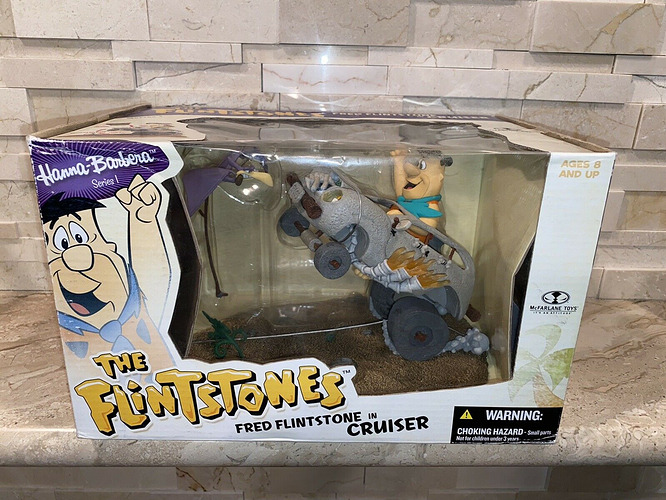 Tough one! From the vintage stuff, the original Jonny Quest. More modern-ish, The Pirates of Dark Water.

Of course, Super Friends is a favorite as well. Especially the last two seasons, which tied into the Super Powers merchandising push of the time.

This. Its everything a HB fan could ever want in a comic book.

I hope all those pictures are of your toys @Vroom.

Nice! This is going to be fun!

Easily Tom and Jerry. I hold this duo close to my heart. Also, a character from the cartoons shared the same name as a lost loved one, and I guess that’s always stuck with me?

This is hard… both Tom and Jerry are on this list, I’d count em, but also… I’m fond of Yogi. Also, the Flintstones (and Neighbors) are pretty great.

What’s your favorite comic on DC Universe Infinite that’s based on Hanna-Barbera?

@SuperBlueGrodd did you see the new Tom & Jerry movie? I thought it was really good!

These folks were the Rulers of TV back when I was growing up in the late 50s early 60s, at least to me is a preteen kid. Just the audacity of having cartoons that were appealing to adults during Primetime TV like The Flintstones and The Jetsons was something we really didn’t see again for many decades.

I’ve been going a little crazy trying to locate a picnic tablecloth game that I was given as like a five-year-old featuring Hanna Barbera characters with all kinds of little mini games and I just can’t find it anywhere. It was a yellow tablecloth with red colored games. It had little plastic profile character heads that you use for playing.

I’m not sure if it came with the set, but I also recall an ink stamp set that featured the various Hanna-Barbera characters …as I say, they ruled back when I grew up.

did you see the new Tom & Jerry movie? I thought it was really good!

Yep!
Overall, I liked it! Didn’t exactly care for the random hotel plot that was thrown in and took the priority over whatever T + J were doing in the end, though, but what can ya do.

Nope, not mine. I don’t own a one of those, nor have I. All of those pictures are from eBay.

While I liked McFarlane’s HB line when it was at retail, I wasn’t interested in the more statue-esque nature of his pieces, so I passed on the entire line.

That Jonny Quest was mighty tempting, though. Every time I saw him at Toys R Us, I thought to myself “Self, should I buy him today?”, but I was good and passed on him.

Unless non that much DC involvement, Captain Caveman (I’m fond of & Son as well).

Favorite Barbera-Based Comic- haven’t read many but Scooby-Doo Apocalypse was great. Halfway thru Flintstones (great) & Snagglepuss been on list forever. I know it earned a few Eisners. Just been saving it.

Snag me a couple, will you please? I’ll pay you in Dr. Pepper and Jolly Jacks.

You have a deal. Mr. Pibb also acceptable if it’s under half the total amount…

Mr. Pibb, the soda that screams “Are you sure you don’t have Dr. Pepper in this fine dining establishment?”.

It’s definitely got a little more bite & sting to it. Not as sweet…?

Dr. Pepper is likely the drink of choice for Team Quest and Team Venture.

Also, just finished the YouTube videos…I thought I knew a fair amount about HB…Definitely didn’t. Learned a lot. Also in the first video, when he mentions the Simpsons being long running…I was like when was this video released? Went back and saw ten years ago. LOL. Simpsons…still going.

I’m glad they kept the animated design for T&J in the movie. I was worried they were going to try and make them photorealistic, and that wouldn’t have worked.

, and that wouldn’t have worked.

Agreed.
I definitely am glad they didn’t go in that direction… actually probably contributes to my enjoyment of the movie

. What drew me in is that I looked like a Tom and Jerry cartoon that just happened to be live action and longer lol.