For Webtoons its pretty common. Typically they don’t make these announcements until they already have a hefty backlog of chapters already in the pipeline for people to purchase to those who have the money and lack the patience. Then when they announce it out of the blue it can encourage people to impulse jump in, see the chapters in the pipeline, and buy on sight. It works pretty well for them as a financial tactic.

That makes some sense! I know that DC has these series long planned and a lot of episodes in advance, but I’m always curious about the business dynamics one when announcements are made and when launches are launched.

I hope this goes to print

I just read a bunch of these. They make me happy.

My favorite new episode is Online, starring Babs and Jason. Their dynamic is great and I hope that blackmail movie night gets referenced and shared later!

I also really liked bunny Nightwing flipping around, Bruce’s understanding that he isn’t alone, Damian wanting a nice picture for Bruce to keep on his desk, and Dick driving the younger ones to school.

I do miss the original artist though. Some of the art is still really cute and fun, but other images (usually people) are just different enough to look slightly off/wrong.

Giving them all unique designs and playing with elements like skin tone really does wonders.

I agree! Build, hair style, facial features, and coloration (aside from clothes/costumes) should all be used to keep them from being mini-mes. This is one of my pet peeves, even with artists I really like. For example, height is often inconsistently portrayed in the comics for Dick and Jason. I think some artists draw Dick taller to convey the age order, but he’s actually supposed to be shorter (5’10") than Jason (6’0").

I really hope one of the future Webtoons winds up being something focused on the Amazons. Its been a delight to have Grace and Artemis as supporting characters in existing series, but id LOVE to see a webtoon just focused on the different Amazons

DC has caused me to basically drop all my other Webtoon readings cuz theirs are really good and I don’t have time for everything. Not sure how I feel about it.

Also @SecretSanta89, I thought of you while reading the latest Vixen Webtoon: 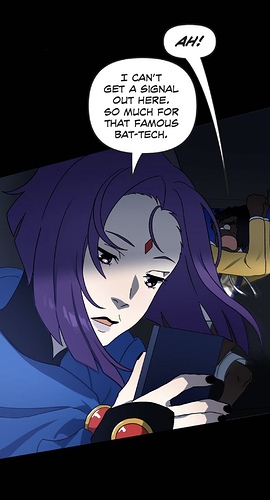 Also @DC89, I thought of you while reading the latest Vixen Webtoon: 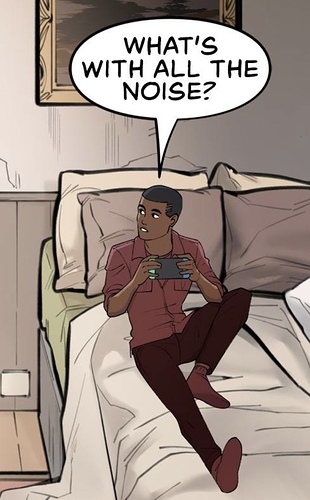 Hey @Row.Harper, did you read the latest Wayne Family Adventures episode yet? 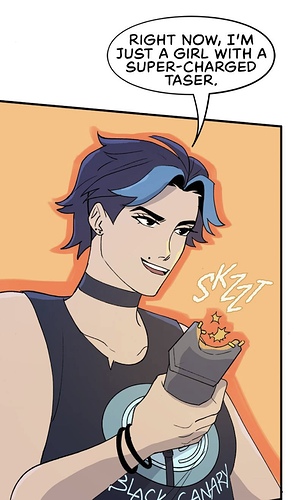 I did! I was so happy to see a Harper focused episode! Hopefully, there are plenty more to come!