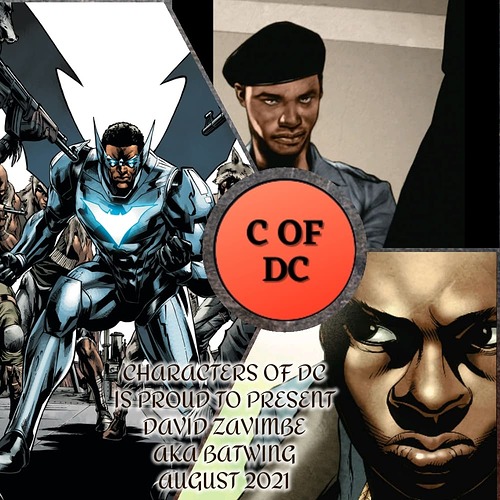 Hello again and welcome to C of DC’s August session. September marks the ten year anniversary of the N52 so this session is serving as a bit of a prelude to a N52 Anniversary collaboration some of our clubs are having then.

One of my favorite N52 titles was Batwing, who was the Batman of Africa. I was drawn to it because although it was a “Bat Book” it was not like any Bat title I had ever read before and if you don’t already know it, I am drawn to the unusual and the perhaps lesser known characters and books. I always end up liking them better than the old standards. That was the case with this particular book. So let’s take a look at the character and see what he’s all about.

To join CHARACTERS OF DC simply hit the link!

“I will not kill…I will not honor them in blood”- David Zavimbe- Batwing #0.

“You need to temper your wrath. Focus…Only then will you be a true force of goodness.” Rene Diallo, Co-Head of The Children’s Harbor. Batwing #0. 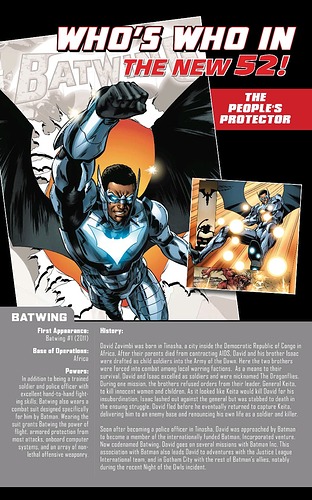 Here’s a fun bit of information that I didn’t know before. David Zavimbe, or at least the way Batwing’s costume looks is loosely based on this image from Batman #250 in a story called “The Batman Nobody Knows”. I would have liked to link the above issue but it’s not available on DCUI at the moment but I do have this image from it. 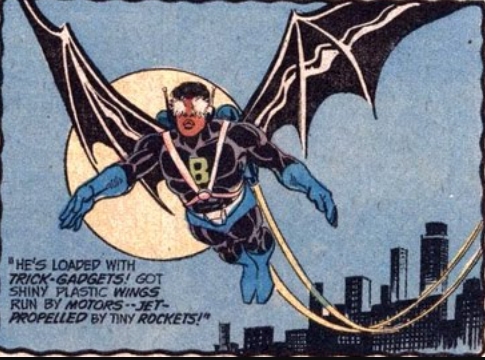 September is the 10th Anniversary of the N52 and August’s session was a bit of a prelude to that. Next month’s Character of the Month is Cole Cash better known as Grifter.

I just thought I’d let you know that I found more appearances of David Zavimbe. Here they are:

Cool. Thanks for posting those @Jurisdiction.

I loved his origin story. I loved how it showed and explained the path he took and the awful path he could’ve taken (Massacre’s story). I think his backstory makes complete sense and I enjoy how it’s the opposite of Batman’s

The bolded was what I really liked about his origin story. He could have easily turned into Massacre but he didn’t and we see early on why he doesn’t. Isaac grew to love killing but David did not.

I loved the supporting cast, especially Matu Ba, who I actually cried at when he died.

Matu Ba was my favorite supporting character here. I enjoyed every interaction between the two of them and I also cried when he was killed. (Actually I was also a little angry about that but that’s another story.)

I was honestly a bit confused as to why he gave up his role as Batwing but I did enjoy his talk with Batman.

I honestly think he blamed himself for Matu’s death and that was part of the reason he gave up the role. He also might have felt that he had lost focus with the death of Matu.

I figured out who Massacre was before the reveal. I would have liked to see more of him.

Yeah, I figured it out pretty quickly too. Like @Jurisdiction said once it was mentioned that they were both the best fighters in the war I had pretty much decided Massacre had to be related to David.