Who will win this glorious battle? 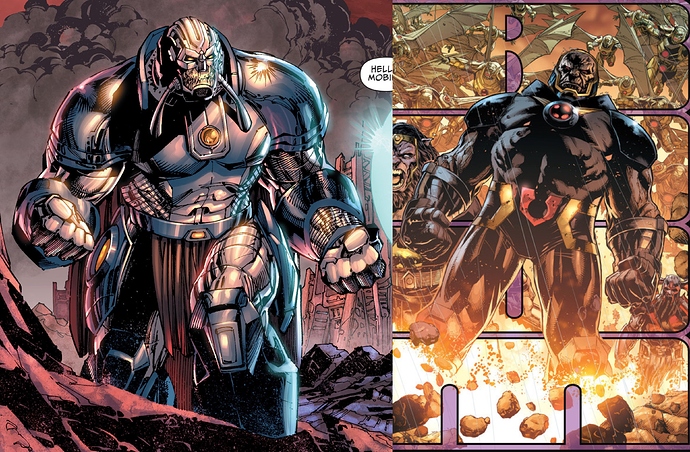 Hmmm, I think I did already, not sure but…

I wasn’t talking about what has already happened though, I was looking more for opinions based on their knowledge and stardards of specific environments which can completely affect the outcome of any battle.

Well, are we talking as of the Crisis, or since the Crisis? Because this is incredibly one-sided, but which way depends on which point in the Anti-Monitor’s life we’re talking about.

As of the Crisis: The Anti-Monitor literally eats universes. Darkseid, while a heavy-hitter, can at best mind control a universe if he has the Anti-Life Equation. Darkseid is a god. The Anti-Monitor single-handedly destroyed an infinite number of entire pantheons of gods.

Post-Crisis: The Anti-Monitor was severely weakened after the Crisis, and was pretty much just a lackey for the Sinestro Corps who got killed by the Guardians. So, Darkseid pretty clearly wins that.