CW: Naomi Gets Series Order; Painkiller Not Picked Up 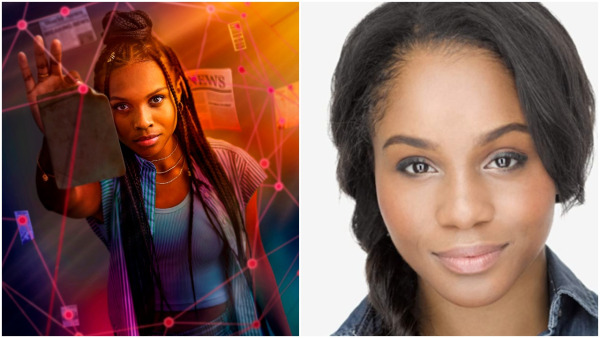 ‘All American’ Spinoff & Ava DuVernay’s ‘Naomi’ Picked Up To Series By...

The CW is starting to make decision about new series for the 2021-22 broadcast season. The network has picked up All American: Homecoming and Naomi to series. It comes as the youth-skewing broadcas…

The CW dropped some big updates earlier today, two of which were about DC shows that had been waiting on further news. The good news is that Naomi, which had only received a pilot order before today, has now been given a series order. That’s all we know for sure, though given the fact that the pilot had already started filming, it does seem possible now that we might actually get the show before the end of the year, though that’s just speculation on my part

The bad news, however, is that the network ultimately passed on picking up Painkiller, which would’ve been a direct spinoff of Black Lightning. There’s still a chance that it could be shopped elsewhere, with HBO Max being the most likely destination if that ends up being the case, but it’ll probably be a while before we get any more details on that. If Painkiller doesn’t end up getting picked up anywhere else, then tonight’s series finale of Black Lightning will almost certainly end up being the last full look we get at this corner of the Arrowverse. More details here

Thanks for the update. While I feel Black Lightning has always had its share of pacing issues, Painkiller has been my favorite character in the show. Great action scenes, and the actor is rather charismatic in the role. I would have watched it; too bad it’s not being picked up.

Same here. Aside from giving Painkiller himself a oddly deeper voice, I’ve really loved Khalil this season and would’ve wanted to keep seeing that energy carry over into the spinoff. Even though I doubt HBO Max is gonna have much interest in developing something that was meant for the CW, I’ll still try to hold out whatever little hope I can that tonight won’t truly be the end

I think Painkiller being canned makes sense for a few reasons. I keep hearing from fans that this is the worst season of Black Lightning and they are only still watching because it is the final season. This is probably reducing interest.

Networks Only have so much time, and with all the shows CW renewed that has to reduce the room for new shows.

In reality the show is ending, as so much of the cast wants to move on, but I keep hearing a misconception that CW is cancelling a black lead show for a white lead show out of racism, and they probably want to avoid those accusations.

Lets see here- for there DC shows that leaves Flash, Legends, Batwoman, Stargirl, Superman and Lois, and Naomi. One less than right now, so I would imagine there is room for another one to come up even if the others keep going.

I’ve definitely heard people say this, but I’ve also heard people say they’ve loved the season and still want to see a lot more. I guess the show is at least a little polarizing but it still has its dedicated fans, just not quite as much as most of the other shows

I also can’t see Flash and Legends lasting too much longer, and I’m sure they’ll want to keep the DC train going when that space clears up. It’ll probably be a while before we know what the next installment’s gonna be, though

I am not upset that Painkiller didn’t get picked up. I do like Khalil’s character development, and I very dislike Painkiller’s modulated voice. I most likely would have given it a chance.

Now I have to consider reading Naomi. Which isn’t that hard since i thought the first issue was interesting.

Yeah, it certainly won’t take long to just read the other 5 issues. I know she’s made a few appearances in other Bendis books, too, but I feel like the main miniseries will really be the only thing that might be needed beforehand

Happy that Naomi got picked up and sad that the BL universe is gone now.

I was expecting Painkiller to not get picked up though, kinda wish they would have pitched a Thunder and Grace led Outsiders spinoff instead.

I keep hearing the daughters’ actors were tired of the show and just ready to move on. I think Painkiller was the only spin-off they could do for that reason.

kinda wish they would pitched a Thunder and Grace led Outsiders spinoff instead.

Dammit, now I really want that show! I’d be even more excited for that than Painkiller

I keep hearing the daughters’ actors were tired of the show and just ready to move on.

I know China Anne McClain was already gonna leave, though by her own accounts, it was because she started to rethink her whole acting career after Cameron Boyce’s death since they were pretty close. I hadn’t heard anything about Nafessa Williams or Laura Kariuki, though I really doubt Kariuki would already be tired of a show she just joined this season

I keep hearing the daughters’ actors were tired of the show and just ready to move on. I think Painkiller was the only spin-off they could do for that reason.

I know China Anne McClain was already gonna leave, though by her own accounts, it was because she started to rethink her whole acting career after Cameron Boyce’s death since they were pretty close. I hadn’t heard anything about Nafessa Williams or Laura Kariuki, though I really doubt Kariuki would already be tired of a show she just joined this season

Laura Kariuki got cast in that Wonder Years reboot almost right after she took over the Jennifer role so not sure she was coming back.

Laura Kariuki got cast in that Wonder Years reboot almost right after she took over the Jennifer role so not sure she was coming back.

Yeah, whether or not she would’ve wanted to keep going is ultimately irrelevant. She joined a show that was already set to end, but Nafessa’s been there since the beginning, so if she was getting tired of it, that’d ultimately have more of an impact. But until she actually says something or we get some sort of credible report, all we can really do is speculate on that front

I really wanted Painkiller! This sucks! Thankfully Naomi was picked up.

Also a wee update, not DC-related but there might be some Powerpuff Girls fans here 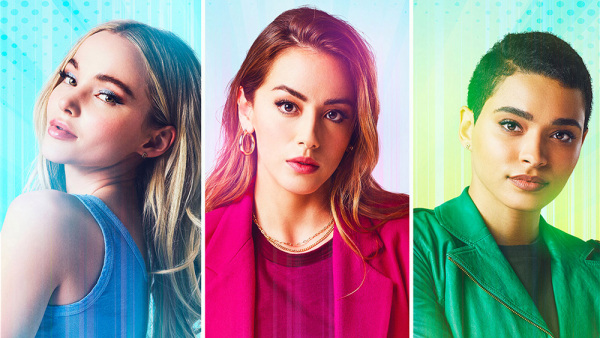 ‘Powerpuff’ To Be Repiloted, ‘Tom Swift’ Remains In Contention, ‘Our Ladies...

One of the CW’s highest-profile pilots, Powerpuff, is not going to series — at least not yet. Ahead of the CW’s fall 2021 schedule announcement tomorrow, the network has made deci…

with all the backlash in general against live action redo’s of beloved animated properties right now, I’d be honnestly surprised if they go for it

I am very happy Naomi got picked up, but I am very disappointed that Painkller didn’t. I am hoping The CW will either reconsider or Painkiller will get picked up elsewhere.

for Naomi. Interesting to what the CW will with her being such a new character. (Still have to read her comic but seen her in Action and YJ and seems cool).

Sad for Painkiller. Was looking forward to it. Hopefully at least we may see them pop up in crossovers or something.

Reminds me of that Wonder Woman pilot for CW (edit: NBC) that was so bad they just tried to bury it but got leaked online later. Big fan of Wonder Woman and the Powerpuff Girls so if CW wants to save my eyes from another bad pilot I’m thankful, still not eager for the project either way tbh .

Should’ve gone for a Totally Spies Live-Action instead imo. 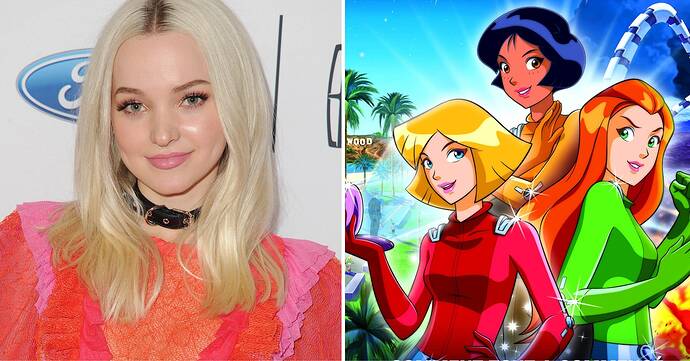 The internet wants her to play Clover in a "Totally Spies" flick.

I think the fact they are willing to retool the PPG pilot is at least a sign they are invested in it being successful.