What Y’all Think Of Episode 1 ? The Opening Scene Was Lit

But F In The Chat

Pretty cool, it felt super fast paced within the first 20 minutes (which makes sense since it is the end of the world) but it did slow down a bit once that pillar came out. With everything happening so quick I was afraid we weren’t going to get enough breathing room for the characters to interact more 1 on 1 like Kara and Clark or Oliver and Barry, etc. So thankfully it calmed down a bit lol.

Side-note: Something interesting I noticed is for the Titans cameo they re-used footage from the original Season 1 finale. Like @MisfitMarvel said in the other thread that the contracts for Titans actors are trickier to get them actually into crossovers. This is the best we’re getting apparently for now at least. 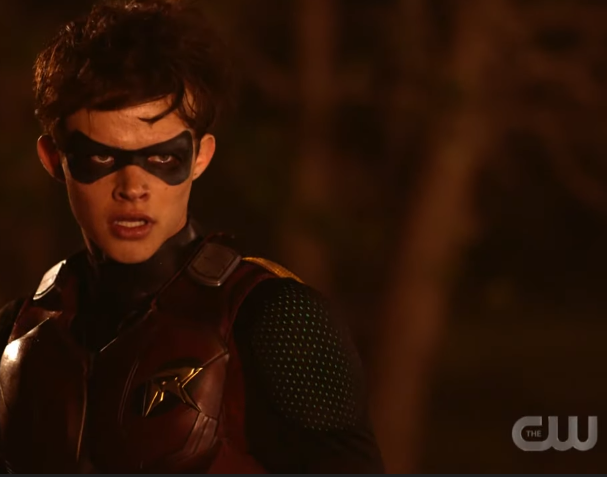 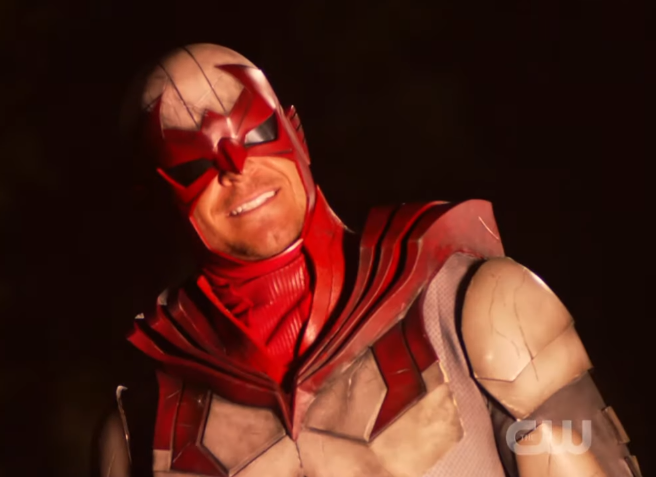 You can clearly see the background is the forest. The trees behind Jason are the same and Hank’s practically in the same pose too lol Probably from them breaking through Trigon’s barrier I guess. 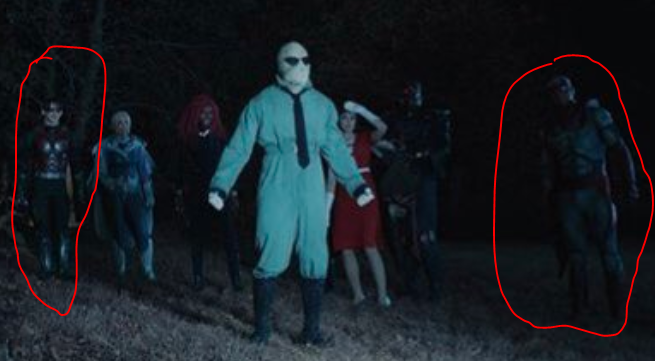 They said on the aftershow that the Titans Earth was destroyed. Interesting…

I think it was a joke for the “in memorium” bit.

Rewatching the scene the Monitor also talked about destruction as soon as they showed Titans Earth. So I guess that pretty much confirms it.

I don’t know anything about the comics but I’m guessing the destruction will be undone/reset & memories of it will be erased or something.

Within the Titans timeline it wouldn’t make sense for the Titans scene to take place in most of Season 2 with all the kidnapping of Jason going on + him leaving the Titans and Hank retired basically after Trigon’s defeat + before all the Deathstroke stuff going on. So Jason and Hank together in costume at night especially could only take place in the original Season 1 finale.

Was definitely thrilled to see the Titans because didn’t think they’d include them at all, even if it’s not the exact earth of the current dcu Titans.

Omg did not think Oliver was gonna die in the FIRST episode! Shocked and confused.

Was worried Johnathon would have aged by going through the temporal wormhole, though it could still have an effect in him. I saw somewhere that they thought the spin off of Superman and Lois would be them raising their teen son which I’m not the biggest fan of so that’s what I was thinking of when they said he was in 2046.

Ah yes, the death of the horrible Titans Earth.

In my opinion it’s an improvement.

I can’t believe what has disappeared in the Crisis.
Earth-89 (Tim Burton’s Batman)
Earth-9(Titans)
Earth X
Earth-66(Batman 1966)
Argo City and finally Earth-38(Supergirl).
All of it was gone as confirmed from the Crisis Aftermath hosted by Kevin Smith.

It was amazing to see elements from the comics come to life like Lyla/Harbinger’s comic accurate suit, the Quantum tower, Superman and Supergirl using laser vision on the towers(it’ll be nice if Martian Manhanter was there with them), and the shadow demons.

It was also great to see Kal-el’s goodbye to baby Jon Kent (Superboy in the comics) which mirrors Marlon Brando’s Jor-El’s goodbye to baby Kal-El from Superman the Movie. The fact that Mia is going to be the new Green Arrow is great considering there a new show focusing on her in the future following the Crisis entitled “Green Arrow and the Canaries” staring Mia Smoak(the new Green Arrow), Dinah Drake and former Earth 2(considering that it’s gone) Laurel Lance as both versions of Black Canary.

It was interesting to see how Earth-16 is depicted. From what I checked in the internet(which I often do to know what kind of earth it is), Earth-16 can be classified as either the Super-sons universe or the Young Justice universe. Who knows?

But last but not least, let’s pay respect to the one and only Oliver Queen(Green Arrow). I was not expecting him to die in the first hour at all. May he rest well. Until the next episode.

I’m still in complete shock. That was beyond intense and just about everything I was hoping for from the first installment. I expected plenty of tears to flow, but not this soon!

I’m especially curious about Earth-16 Oliver now. I kinda thought the detour there was kinda pointless from a story perspective (though it was definitely great to see Sara and Ollie have that sort-of reconnection), but now I’m wondering if it was meant to set him up to have a further role in the Crisis. Maybe, maybe not, but either way, tomorrow night can’t get here soon enough!

I don’t feel his death is real yet. I can’t accept that we are only in the first part and arguably the most important character is already dead. Also I rewatched every trailer because I was looking for absolutely anything to prove to myself he shows up again. There are a few things that I saw that were small but didn’t happen yet that had Oliver so good sign.

I feel very confident that certain things that we saw tonight won’t stick past the conclusion of the crossover in January.

What were those? I double checked the trailers too and only saw footage of him from tonight, though I definitely could’ve missed something

Him on ground with Barry. Also thought I saw him in background with Brandon Routh Superman in trailer and he hasn’t shown up yet.

I forgot how cheesy CW shows can be. Been a while since I watched DC CW shows.

I love them. Favorite shows on TV right now. Been watching Oliver for better part of a decade and now he’s gone and it doesn’t even seem like a sacrifice because we didn’t even see the part where he was fatally hurt.

Great first episode, surprised at that ending wasn’t expecting Oliver to die in first episode…was thinking that would happened in Flash’s or Arrow’s episode of the crossover.

Which is exactly why he was killed off here.

Yeah, the death of Ollie was super surprising. Very curious to see how that plays out – a theory I’ve seen float around that I like is that Ollie might become The Spectre.

This scene never took place. It was supposed to be the actual finale to Titans Season 1 that we never got (containing a cross over between Doom Patrol & Titans)