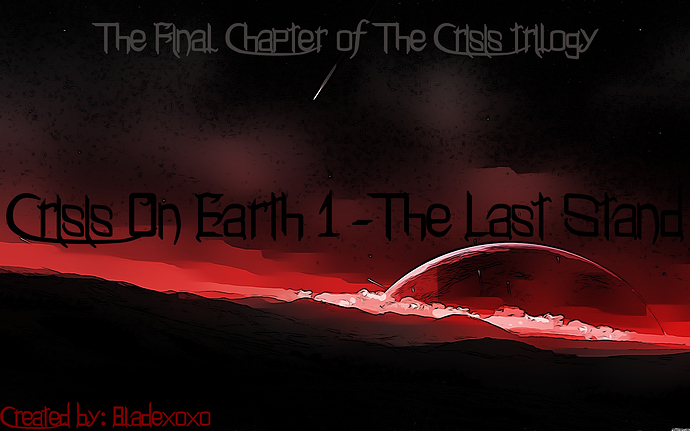 Will our heroes prevail over a world overrun with villains or will the villains have their wish of finally taking over the world and ridding our heroes? The choice belongs to you…

The game has 2 stages: a day phase and a night phase. During the day everyone gets to vote out a player they feel is a villain. During the night phase the villains converse on who they are taking out of the game. Just letting everyone know now the game starts in a night phase. Your objective is to find the villains and vote them out before they find you! That’s really it. Everything else is up to you players! There will be an example post in the FAQ of what these will look like. Character abilities can be used during the day phase or night phase depending on the character. Usually hero abilities can be used during the day; villain abilities are used at night (unless otherwise stated). The game can be complex at times as know one knows who is who (except for the villains). Use strategy and keep your friends close…

This game is going to be vastly different from the previous two games. As this has 52 characters which means 52 different players with their own abilities. 25 are superheroes, 12 neutral characters and 15 villains. I will be posting an FAQ spoiler tag at the very end for all new players. But first the rules with the edition of the community rules of course these are the game rules.

It’s here the last chapter of the story. I don’t know how I feel. Thank you guys for keeping this corner alive. With out you I don’t think I could have gotten this far. Thank you all so much.

To anyone who hasn’t joined this before, please don’t hesitate. It’s a LOT of fun. And, it’s a great way to get to know people in the community!!

Yes! It is extremely fun, and will take your mind off of current happenings. (Also, It’s perfect that the people down to play now are a mix of people from the different games, seeing as it’s the finale!)

Will this last 10+ days again?

You know I feel like if we actually have active players I’m hoping not but also was the last one really that long?

Blade, you should ask @Applejack to pin this to the top of the Community, like the last two games were. This way, a LOT more people will see this thread.

Wait… err… I mean… Please come play, it is Such a fun time! 50 spots so come on in a join the Chaos!

This seems fun to join but I do have question about the voting. It is like a vote a day or a few throughout the day.

Starts chanting “One of us! One of us!”

(I don’t know what I’m doing either so we can be confused together!)

the Day/Night Cycles are not actually Day and Night, so you could in theory, if everyone was super active have a 2-3 per day.

Thanks for the info all. Sounds good.

This is going to be great. All the character abilities are great. I have a few I really want to be but I’m not going to say which.

@bladexoxo, I think that you should add this to the community calendar.

Idk @Applejack what do you think about pinning it?

@Alias I have no idea how to do that lolol

It tells you how to add something to the calendar in the Community Events Calendar.

Idk I mean theres really no time frame that exists for this game. But I’ll take a look at it when I’m not on my phone lolol

My personal favorite is Kiteman. I wanted to add him as I have a new found love for him thanks to Harley Quinn. But I felt as though if I were to give him a specific ability it wouldn’t be as fun for the person who has him. So essentially he is in the game to throw people off or do really whatever. He just has to be careful about outing himself.