Crisis on Earth 1 Heroes VS. Villains 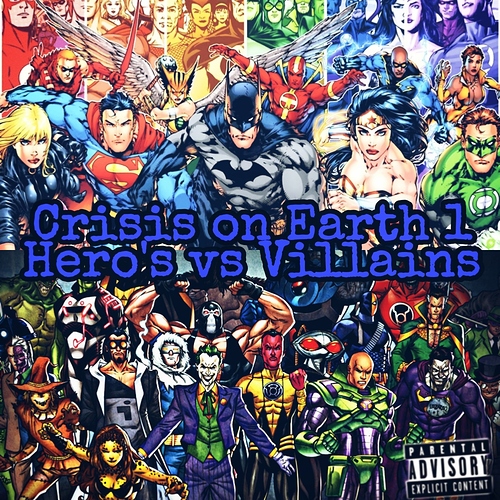 Welcome to our little version of DC Mafia using your powers of deduction can you figure out who is a villain?

One night in Gotham…
“The Joker and Harley Quinn have teamed up with Poison Ivy and The Riddler! Will Gotham be saved by our heroes or are we all going to end up in the hands of these maniacs? Save us Batman before it’s too late!”

The heroes this round and their abilities -

Batman - Suave detective, can investigate one player every night. The player is of their choosing.

Robin - Boy Wonder, once during the night time he is able to use his childish ways to get information from anyone he chooses, blocking that person’s ability.

Bat Girl - Night Immunity, just how it says she is immune to being killed at night by the villains unless the Joker successfully overwrites the killing.

Bat Woman - The one with all abilities, Bat Woman is able to roleblock, protect, kill, or investigate. However these abilities can only be used once.

Nightwing - Forensics, He is allowed to investigate the dead body during the day to figure out either what the person was killed with, whom they were killed by, or get a list of potential killers. This ability is allowed once

Oracle - The Watcher, she is able to choose to watch an individual at night to see if the person they choose is targeted or not. Rendering this person immune to the night killings.

Batwing - The Reviver, he is able to revive one player from the dead. This ability is only able to be used once.

Red Hood - Sharp shooter, if targeted they can kill who ever targets them. They don’t get to choose who.

Cat woman - Master Manipulator, she is technically not for or against the villains so if she chooses she can join them, if recruited successfully by them. Or if she chooses to be with the heroes she can figure out 1 villain. This can only happen once.

Red Robin - The SIlencer, he is able to silence any one who targets him rendering that character useless for the night.

Alfred - The ultimate guardian, he is able to choose one character every night to protect. If the character he protected was chosen by the villains to die; the character doesn’t.

The Villains this round and their abilities -

Joker - Head villain, if they want they can over write who gets killed. He is also able to recruit characters as well. However all the villains must agree. Both abilities can only be used once.

Harley Quinn - Hi Puddin dynamite, she is able to blow up a lair and figure out who that person is. She does not get to kill that character however she just gets to reveal it for herself. This can be used twice.

Poison Ivy - Forgetful Elixir, she is able to come up with a toxin that blocks a players memory so they can’t use their ability. She is only allowed this three times.

The Riddler - Riddle me this Batman, he is able to figure out how to get more than one vote during the day.

SIDE NOTE
Please make sure you message me first if your account is private so I can give you your role!

A huge thank you to @Applejack for making this whole thing possible!

Link to the original posting
https://community.dcuniverseinfinite.com/t/question-are-we-allowed-to-open-a-dc-related-mafia-type-game-or-roleplay/736029
Link to the sequel

Join Our DC Mafia Game: Crisis on Earth 1 Heroes VS. Villains: The Sequel! We have 5 spots remaining!! [20200324_170011_0000] In a world where the villains have taken over it is up to our heroes to take it back! Welcome to Crisis on Earth 1 The Sequel! This time around we are going to play a little differently… But first rules! I am adding a helper GM! Meet @Rainstormriddles! You may know them from the original game. However, this time around they are helping me with this game as they brou…

YAY! I wish to partake! as long as the Daytime and Nighttime work for me, any ideas for times?

It’s not necessarily on an actual time base it’s more metaphorical. For instance once we get all the players needed we will begin the night phase.

Okay, I just assume it will be during the day IRL

Just letting everyone know I sent out the roles for the people who signed up!
Also we are still in need of 11 more players!

Did I never sign up? Sorry! I’m still in.

No worries! Just trying to recruit everyone from the original post to the real game itself!

Just letting everyone know all roles are completely random! I am honestly drawing character names out of a hat.

I’ll take a stab at this.