Crime Syndicate Getting Their Own Series!

Am I getting sick of “dark” superhero stories? Yeah, pretty much
Am I excited as all heck for this? %$@# yeah!

Oh very cool. I still remember one of my favorite parts of forever evil was ultra man crushing, hear zapping, and then snorting kryptonite.

And as a Aquaman fan wasn’t very happy about sea king dying 30 seconds in so hopefully he’s a part of this.

I’m not familiar w/ the creators, but I’m always down for seeing more of the Crime Syndicate. I like that they’re continuing to update the roster/looks, though I think this version of Johnny Quick’s goggles makes him look kinda like Heat Wave

Well I guess this spoils the ending of Death Metal

And as a Aquaman fan wasn’t very happy about sea king dying 30 seconds in so hopefully he’s a part of this.

I do wish he was part of the main roster. I can’t imagine he’ll join the team unless it’s at the very end considering this is only a miniseries, but hopefully he’ll still have a role to play in the story

I’m excited for this! I like the Crime Syndicate, so hopefully this will be a fun read.

Well I guess this spoils the ending of Death Metal

I mean, I think everyone who’s been reading this was sort of expecting that – Death Metal has been pretty much it’s own little universe, or rather the whole multiverse crushed together because of cosmic shenanigans, and Snyder and co knew they had to put the toys back together when done.

Anyway, this sounds promising. It kind of reminds me of the Freedom Fighters maxi from a year or two back, it should be cool to see these creators really play with a universe we haven’t seen a lot of and can do more interesting things with it.

Heck yeah! Between this, Future State, and who he new Joker comic, I cannot wait for 2021!

DC needs to stop screwing around and give us a rouges or captain cold comic already. And yes, I’m excited as hell for the crime syndicate. Favorite part of forever evil 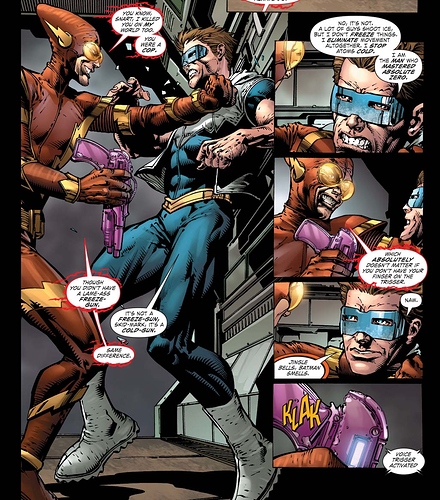 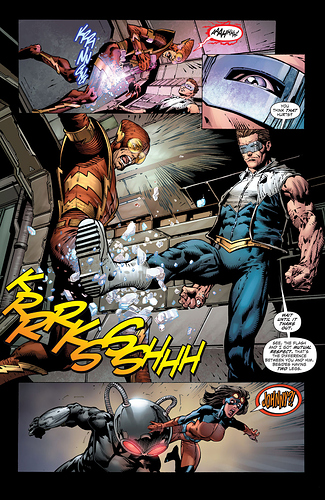 Sounds interesting, maybe Bizarro and his team or the Suicide Squad, we got a show about Doom Patrol (the team, Beast Boy grew up with, before joining the Teen Titans in Teen Titans and Teen Titans Go!) and even the Teen Titans, but no Cyborg.