Create A Superhero Team (with purpose)

Create your own Super Team. However, they must have a purpose, niche, or focus. Why do they exist as a team besides slapping bad guys upside the head?
For example, Here is mine:

VERITAS
In a world overrun with technological disasters, alien tech, and Star Lab failures, Shay Veritas (the smartest woman alive) creates an all woman team of scientists and heroes to deal with technological, biological threats.

There you have it…Some of the smartest and most capable women of DC keeping us safe from those idiots at Star Labs!!

What would your team be???

Skynet (or Brother Eye or whatever the DC equivalent) is starting to take over the world. Need a team of heroes to overcome that ■■■■:

Tech base problem taken on by a team of tech based and genius heroes, with firepower to boot. 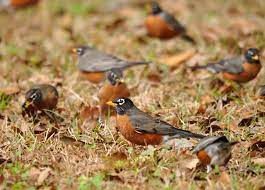 What happens to the most deadly villains that they can’t put in a normal jail? what happens to the space alien criminals or the earth dimension jumper murder? Welcome to the Void, Location: unknown Earth : unknown. but we know who guards them.

That’s a fun idea for a team, and that’s a lineup I definitely would be afraid to mess with. Please let us know if there’s ever anything we moderators can help you with!

A supernatural fantasy team led by Madame Xanadu. This team would be a extreme version of Justice League Dark and would have a focus on a unconventional team-up of magical characters like Enchantress, Black Adam, and Amethyst; the princess of Gemworld that preemptively stops magical villains beforehand.
I don’t see it as a dark or cynical team but more pragmatic in a magical odyssey tale with DC’s more powerful magical characters.

Nice…I especially like the touch of including Mr. Miracle…who better to be a break-out prevention specialist!!!

Powerful team…so less dark and broody?? So…with Black Adam and Enchantress…would “extreme” measures be allowed? (Then again, I guess all the evil magic users tend to have a messy end…)

Addiction Aid – for heroes struggling with addiction. Members are people seeking help. They’re all still saving the world though, they’re just learning how to do it sober.

Why not Hourman? He has way worse problems than any of these guys.

That sounds dark. Get Martian Manhunter in there with his cookie addiction and a surprise visit from Ultraman for his green kyptonite abuse problem and we got a deal.

Martian Manhunter is good, but Ultraman scares me a bit ngl

This would actually make a good comic book…recovery is hard…