Crazy Theory: Wait a Minute Who Is This Huntress in Injustice (Animated Movie) 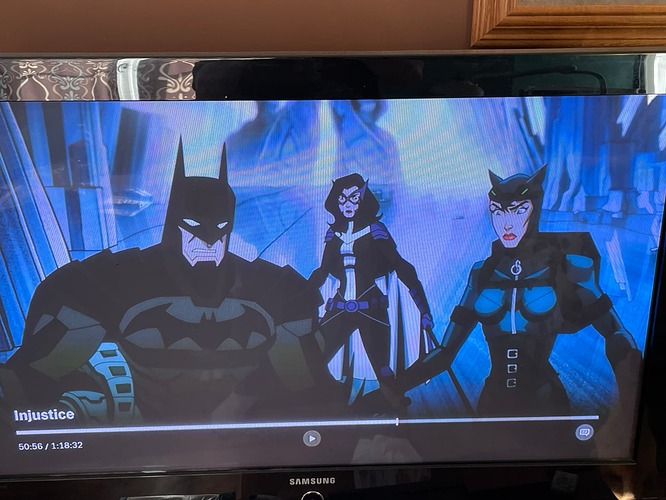 IMG_25951920×1440 213 KB
Wait…Helena Bertinelli did not wear Shoulder pads…and was not Helena Bertinelli in the new 52 era where the Injustice comic and game started…She was Helena Wayne who had stolen Helena Bertinelli’s identity after being transplanted to Earth-Prime from Earth 2. Could this be a family portrait? In the movie, this version of Huntress is also only ever referred to as Huntress.
5 Likes
Jay_Kay January 19, 2022, 6:29pm #2

It was probably just Bertinelli with Wayne’s costume.

Otherwise she was always on Earth 2 Pre Crisis, and in a Geoff John JSA story where Power Girl went there. New 52 Earth 2 which is different, with young Alan Scott, Jay Garrick etc, I think is confirmed to exist at the end of Doomsday Clock.

Power Girl, her best friend, is a different story

She is currently in One Star series

How she is on Earth Prime I don’t know.

Did she have shoulder pads in the Injustice comics, though?

Just paged through to check. 0_0 Injustice: Gods among us issue 18 mentions Helena is an Alien spy… which could be interpreted in several interesting ways. She also has a completely original costume.

It might not be the same power girl from the New 52 as the multiverse was just destroyed and remained 3 times in Death Metal.

I watched the Injustice movie last night. It’s too bad that Huntress could not get more screen time. I have to admit to condense the Injustice story into one animated film is enormously ambitious! It’s actually a totally different art form than the comics and I feel they did a decent job. I liked the movie better than I thought I would.

At least you liked it

Or could be Wayne in Wayne’s costume using Bertinelli’s identity.