Before sharing my collection; an introduction.

My name is J. Quinzelle. Obviously, I love Harley Quinn. She and I, we share a lot of similar history. Ever since B:TAS, I’ve been entranced by her hopefully hopeless lunacy.

I didn’t get into comics until in my late teens. What I knew was TV and movies. Batman by Burton and Elfman, Dini and Timm. When I got into comics, I was already reckless and dealing with mental health issues. I got into Quinzel. To see a great mind like Quinzel’s turn to chaos and impulse because of the illusion of love, it kind of spoke to my cynicism. I picked up a few comics (of course the Bats was in the few) and was reintroduced to Gotham. But one comic I picked up introduced me to a new dimension to this quirky Quinn, simply titled; Batman: Harley Quinn (ex sold it years later

Eventually I picked up some other Harley Quinn comics and Harley and Ivy as well (have both runs). I didn’t get to read them because I was soon involved in a turbulent and abusive relationship which put me in and out of psych hospitals (John George I thought of as Arkham due to the high turnaround there). Also, this is the B:HQ selling ex.

After 5 years of that, I read the runs I had, TOOOOOTALLY related with her on a new level. And then… the collecting began.

This is what I managed to salvage with new additions (obviously, the POPS). My ex sold A LOT of my best collectibles (still a tiny little bit bitter). I managed to keep my Harley Quinn comics by pure luck.

The Joker Who Laughs Harley statue is my first purchase from this very DCUniverse.com! I found the price reasonable and wanted to try the shop. It arrived way earlier than expected and in great condition. Now, to wait until the Harley Quinn Animated Series statue goes on sale. It looks SOOO crazy. Love it.

Well, I’ll shut up now. I hope you enjoy my collection. 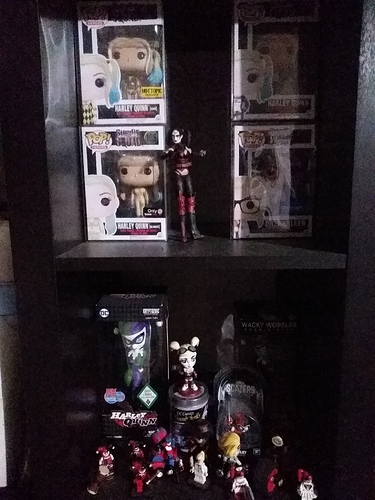 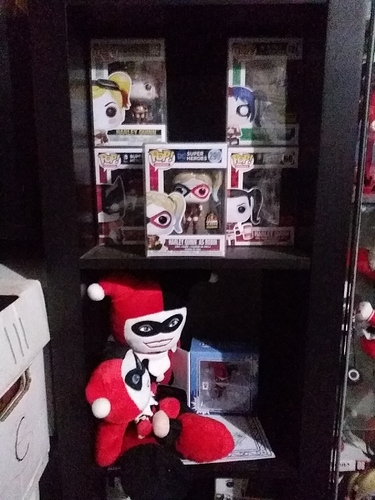 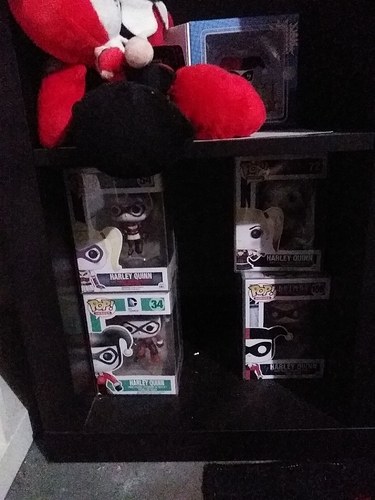 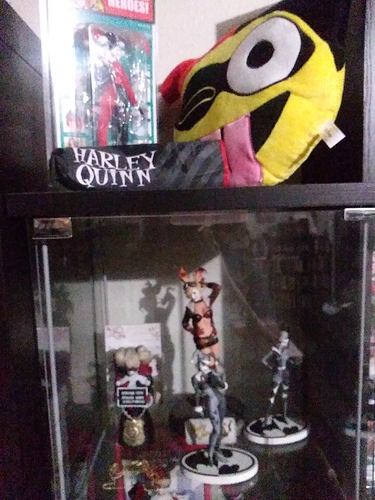 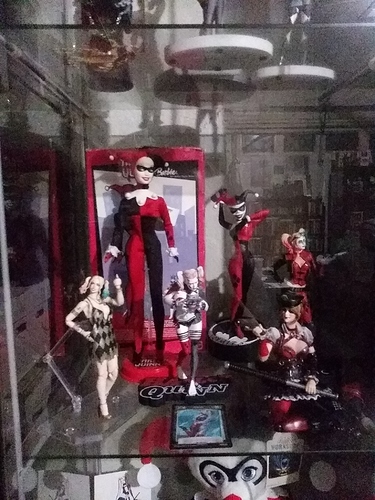 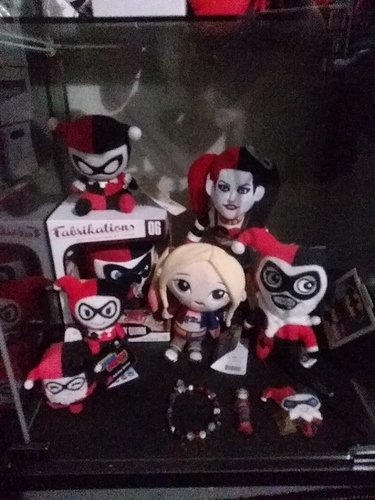 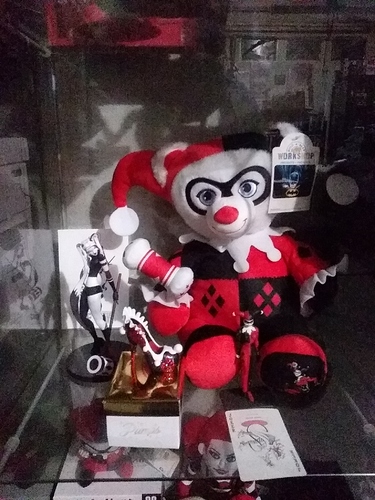 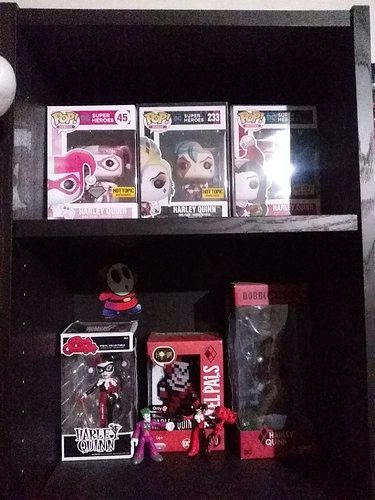 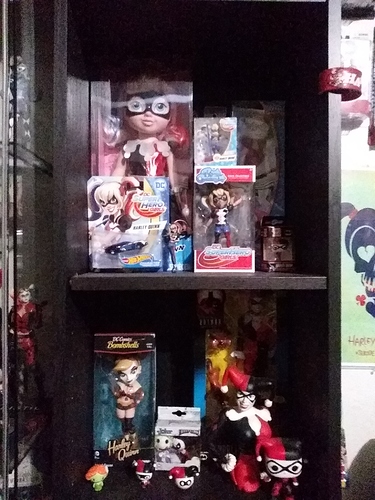 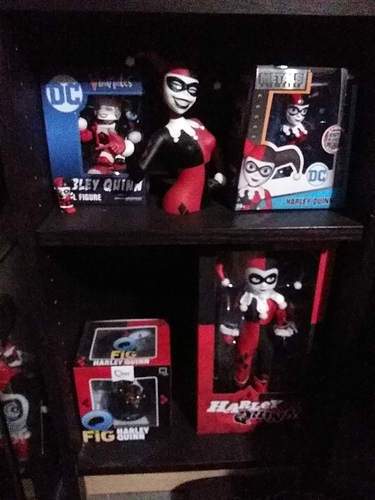 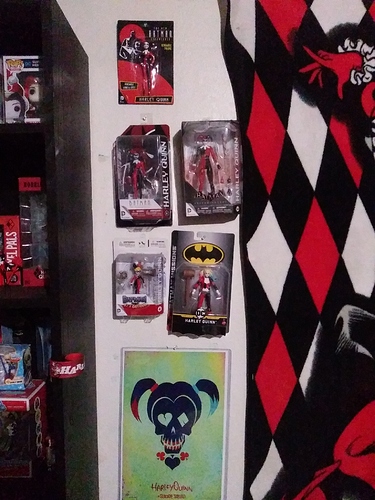 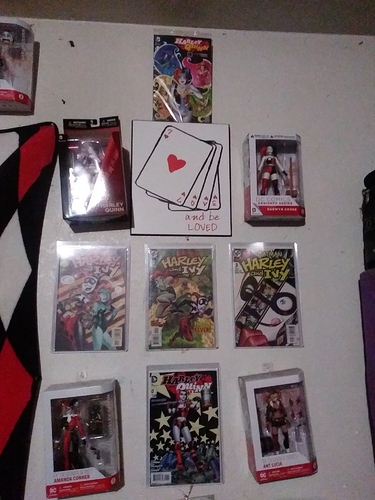 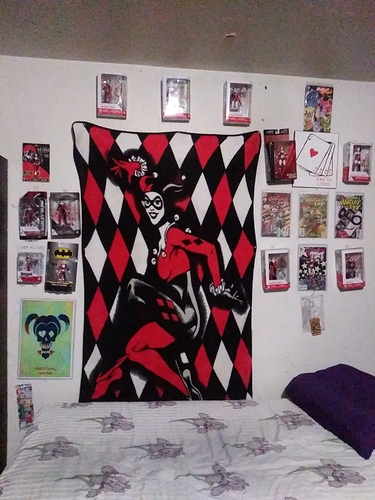 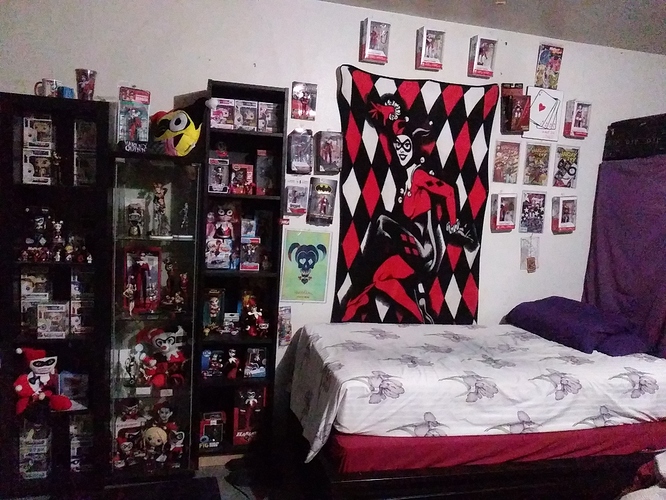 Wow! What an amazing collection! I sure which there was nearly this much merch for my favorite character.

Thanks! I’m planning on eventually continuing the collection. Right now I’m not doing much collecting because of display space. I have some spots I can work around, but I need to focus on school, my career, and my health right now. But I LOVE collecting. It’s not done. Haha.
Who’s your fave character?

The Question, of course! There are a few action figures here and there, but merch is few and far between.

Awesome stuff. That Harley teddy bear is my favorite!

This is such an incredible collection! Thank you so much for sharing it with us, @JQuinzelle, and for letting us know just how much Harley means to you.

One of the things I love about comics is how easy it is to connect with these amazing characters. I love how seeing them grow and evolve can help us do the same. So, once again, I really do appreciate you for letting us take a peek into your world.

Thank you all.
As Zatanna said, there’s so much going on in comics that finding a relatable character is natural. I like it as well. 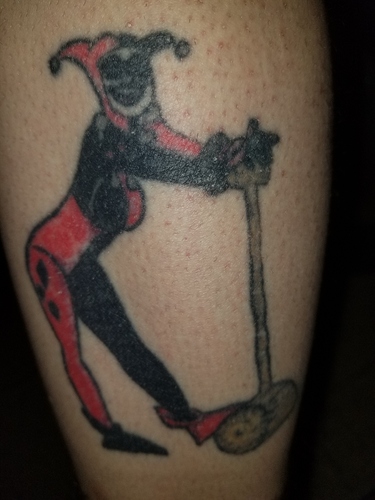 @JQuinzelle, if I don’t win today’s sweepstakes, I’m totally rooting for you to!

But no Harley Quinn bedsheets? Amazing collection. Keep on Harley-ing-ing(-ing)

Wow! You have a Very BEAUTIFUL collection !!!
I Love how you’ve decorating your room!!!
It’s really Amazing!!! 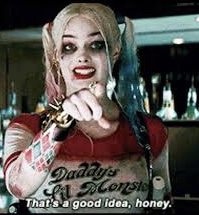 That is such a Fantastic Collection

You should be very proud of what you have donee

Thanks so much for sharing this with us

@gratefullyundead Definitely needs a touch up. But I love the pose. I have a custom design abstract symbol that represents Harley I want to get tatted. I’ve been too chicken to get it. I will though.

@Anonymousbluebeetle Yeah, no bed sheets. Now the idea is implanted in my brain. Gonna look for some.

Thank you for the wishes @ralphsix I missed one of these current contests, boo me, but made it to today’s. I love these little contests. I won a wonder woman action figure during the first year, so it makes the prize more tangible. I’m wishing you fortune in return. I hope you get one of the contests!

Everyone else, I really appreciate the kind replies. I have 3 collections going (Harley, Jurassic Park, and Silent Hill) so it usually boils down on what I want to focus on when I go out. Lately Harley’s collection has been taking a break.

Anyway, sorry for the late reply. I started writing on my phone a couple days ago and the screen shifted orientation and all my text was gone! I thought I lost my post. Today I log in on my computer and every word was waiting for me in the reply box. I am quite pleased.