Countdown to DCUI: What Graphic Novels Are You Anticipating?

Among the comic library expansions waiting for us in DC Universe Infinite, in addition to the shortening of the 12 month runway to 6, and the Black Label slate, and possibly, possibly some Vertigo is that graphic novels- long an exception to the library- are now back on the table. “Graphic Novels” are usually defined by DC as oneshot stories in a book-sized volume. With their return imminent, which DC graphic novels would you most like to see in the New DCU?

Here’s my personal top ten most wanted. I’ve checked that all of these have already been digitized, so it would just be a matter of granting us access to material already available for individual purchase elsewhere.

Supergirl: Being Super
by Mariko Tamaki

The only reason I didn’t include BEING SUPER is because it was originally a limited series! But in any format, I’d love to see it on here.

Watchmen was a 12 issue series, so I’m not sure it’s covered, but hey – it is a significant gap in the library.

I used to content myself with the fact that we at least had the motion comic. But with that on the way out in January, we’ll need the original here.

I want The Killing Joke with the original coloring, but I can’t remember if it has been digitized. The bat logo needs the oval! I’d also like Daughter of the Demon, Full Circle, and Two-Face Strikes Twice, all by Mike Barr. Oh, and Gotham by Gaslight is another essential that’s missing.

side note, but original coloring for all issues that got redone would be nice but not likely a priority.

Oh man, you just reminded me! We have Son of the Demon, but we definitely need the rest of the Demon Trilogy up here — especially BIRTH OF THE DEMON, Ra’s al Ghul’s origin story by Denny O’Neil, and Norm Breyfogle’s best art.

Besides that not sure. Just waiting for the surprises.

Since we have the Batman Returns comic adaptation on here now, it’s only fair to get the Batman '89 comic by Denny O’Neil and Jerry Ordway.

Joker by Brian Azzarello and Lee Bermejo is also a great candidate.

While we’re at it, Batman: Noel written and drawn by Lee Bermejo would also be cool.

Arkham Asylum: A Serious House on Serious Earth by Grant Morrison and Dave McKean is also a classic.

I hope we’ll get to see more Hellblazer in general, but graphic novel wise I’ll add the OGN City of Demons.

I would be SHOCKED if this was included, but I would love to see Dark Knight: A True Batman Story, which was a Vertigo “Batman” story written by Paul Dini and drawn by Eduardo Risso, which is a memoir about Dini’s time working on the Batman animated series and he was severely mugged, and the physical and mental turmoil and healing that came from it.

JLA: Earth 2 by Grant Morrison and Frank Quitely would be cool, especially since it was extremely inspirational for the more modern takes on the Crime Syndicate we see today.

New Teen Titans: Games by Marv Wolfman and George Perez would be awesome to see – essentially the last work the two titan creators did on the, erm, Titans.

And of course the Earth One OGNs would be awesome.

With the clearance of Black Label, this is almost certainly on the way.

JLA: Earth 2 by Grant Morrison and Frank Quitely would be cool, especially since it was extremely inspirational for the more modern takes on the Crime Syndicate we see today.

Ohh, this is an important one, because Kurt Busiek’s JLA run is a sequel.

I want the REAL version of the comic here. 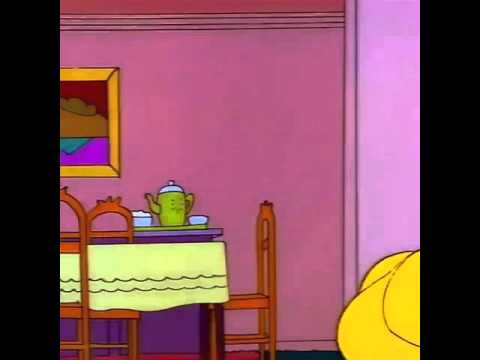 New Teen Titans: Games by Marv Wolfman and George Perez would be awesome to see – essentially the last work the two titan creators did on the, erm, Titans.

And of course the Earth One OGNs would be awesome.

The event millennium isn’t on here, every dc event should be available but the 8 issue miniseries “millennium” isn’t.

There are lots of green lantern issues missing. Lots of issues from the 1970s and 1980s are missing, green lantern corps is missing 2/3 of its issues. You can’t find green lantern Mosaic or any of the issues by Gerald Jones (issues 1-47). I understand the creator may have done something illegal but that doesn’t change the fact his stories are very important to the GL mythos.

There are lots of issues of Batman and detective comics that are missing pre 1980.

I would also love to see all the Earth one comics.

I would love to see all the vertigo series on here but don’t know if it’s possible. Sandman is a very popular series and I believe the app would greatly benefit from it.

Hunger Dogs is FOR SURE an important story we need here. The only missing piece of Jack Kirby’s original New Gods. I don’t think it’s ever been individually digitized, but it is included in the NEW GODS BY JACK KIRBY collection.

Supergirl: Being Super
by Mariko Tamaki

Technically not a graphic novel, it was a mini series of four issues. For some reason DC considers it a GN. But yes, absolutely, can’t wait to get it here!

Would love all the recent DC Ink and YA books like Mera: Tidebreaker, Under the Moon: A Catwoman Tale and The Oracle Code!

I’m concerned that TPTB may see the YA material as a conflict of interest, since DCU’s target demographic is older readers… but I’m hoping they see we want those, as well.