Could Studio-Embraced Fan Films Have Filled the Gap After COVID-19?

Like so many others, all of the DC movies coming up have so far been delayed except for THE SUICIDE SQUAD, and as a fan, it’s particularly frustrating because not only do we seem to have to wait longer between DC movies, anyway, but Wonder Woman 1984 had already seen its release delayed at least once… maybe twice. I want to know how people feel about the notion that Hollywood and the already small and shrinking number of major studios responsible for most of what we watch arguably spend twice as much on casts and on crews twice the size they need to be and, thus, make these productions more vulnerable in crises like these than they might otherwise be. Pretty much all of the decision-making is centralized in Los Angeles, California, where most have to live for at least a little while just to get into the industry. Because it’s become so cost and space prohibitive to film in Los Angeles, these productions are literally globetrotting to find the most physically and financially favorable places to shoot. If you’re dragging a team the size of a small army around the globe, then there’s no way you could keep filming under the present circumstances. And yet, not only have much smaller productions succeeded wildly in recent years, but since as far back as 2003’s BATMAN: DEAD END, we’ve even seen fan films more or less pull off the same kinds of visuals and production value as Hollywood for and with a fraction of the cost and overall production size.

I’m sorry for being so long-winded and understand if you think I’m being unreasonable or naive, etc., but having made a video about this topic a while back for my web-site at http://www.jdmoores.com, I firmly believe that for many reasons, the extent to which this pandemic has hit the film and entertainment industry and delayed productions, in particular, did not have to be this big or long-lasting. I’ve written original material and even been published and won awards, so I respect copyright law and the rights of creators, etc. That said, most fan films don’t come close to being threats to legally produced offerings, and as far as I know, they’re never made with the intention of personal profit and denial of credit to the creators and owners. Though perhaps easier said than done, a standing deal between studios and the most talented and skilled “fan filmmakers” out there - one similar to the negative pick-up deal Warner Brothers gave the Salkinds to produce SUPERMAN: THE MOVIE (1978) - could not only fill gaps such as this one, but also offer studios valuable content virtually cost-free while at the same time helping fan film cast and crews get the sort of valuable career exposure that even the best of original films rarely afford.

I’m pretty upset that movies are being delayed, so I think it could be cool to have fan movies.

Thanks. On the one hand, we may see and hear so little about legal action taken against fan filmmakers because so many fan films fall way short of ever drawing audiences away from legally made content for profit (associated with why copyright law can be broken even without any profit or money exchanging hands). However, we also have things like 2003’s famous fan film BATMAN DEAD END as well as more recent examples of truly “professional” fan work with the POWER RANGERS and, of course, STAR TREK - whose fans had openly made some really impressive web series for years until 2016, when the proof of concept short film for a fan made feature entitled AXANAR allegedly help raise roughly one million dollars for the feature via crowdfunding… And in the same year leading to STAR TREK BEYOND. The studios would still have to limit the number of projects they endorsed per year, per property, and have some pretty stringent guidelines and expectations of content and quality, but long term, I think it would benefit both sides, and as I’ve implied, there may come a time when such an arrangement might become a sort of necessity.

This model has been embraced in a few rare circumstances. For instance, these two fan films… 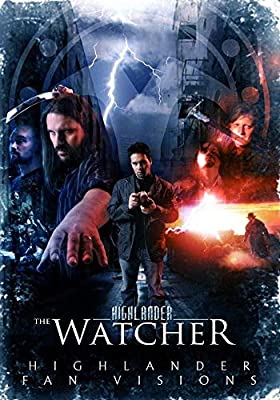 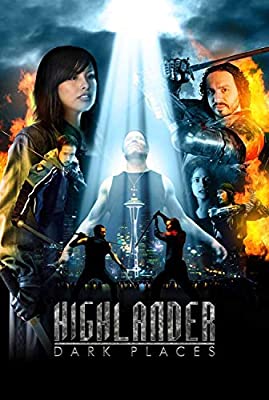 …were released with the official endorsement of the production company that owns the Highlander franchise. They were produced around the same time that the company was reaching out to the fanbase to make special features for their Blu-Ray releases of the TV series.

I obviously didn’t know about these… and I can understand why it hasn’t been a common occurrence. As more than a one-time marketing gimmick, it would be a tough sort of balancing act of lending opportunity versus respecting and protecting commercial and intellectual property rights - starting with how to deal with what would probably be the hundreds if not thousands of would-be “fan filmmakers” convinced that they deserved the opportunity more than others. To be honest, I feel I’ve lucked out not having been mocked or ridiculed as some talent-less and/or ignorant hack lashing out. LOL

Still, I stand by my points. At this point, I see the film/TV business as being woefully inefficient and wasteful given the fact that it’s peddling non-essentials. As for comic book movies, I get the obvious fact that they often need more money and resources to do well than most of even the best-equipped “fan filmmakers” can afford, but the other side of that is movies like LOGAN, DEADPOOL, JOKER, and the fact that comics are a medium rather than a genre and even within the larger genre of superhero storytelling, other visual and storytelling styles can and often do come into play and even dominate. Looking at the concessions I make in the first paragraph of this comment, it does seem ridiculously unfeasible, but if you started by limiting the experiment to one medium or arena… like, say, streaming services? Questions of quality versus quantity aside, as far as I can tell, when it comes to streaming services, there’s almost no such thing as too much content.