I’m very much lookin’ forward to it!

Thanks! After last week, I was beginning to think you didn’t like me anymore.

Over the weekend on Twitter, I answered a question about one of my favorite interactions with a comics creator and I posted this: 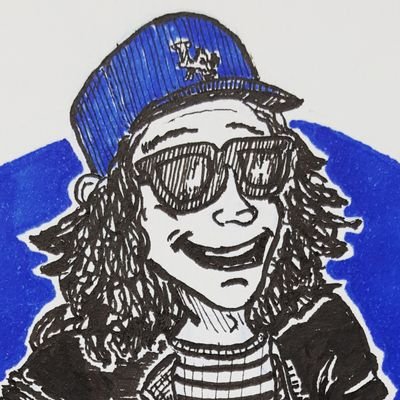 @theronarchy
@PWatchPress Around DC's Rebirth, I recognized @BrianBooch in a Trader Joe's and quietly told him I was a fan of his and @FrancisManapul's work throughout The New 52 initiative. He was so caught off guard, he just looked at me wide-eyed for a second like, "How do you know who I am??"

Brian actually replied that he remembered this! Haha!

My question is… what is one of your favorite stories about running into a creator of some kind. (It doesn’t have to be DC!)

Do you think that Classic old Superheroes Superheroes and also Supervillains Character’s like Tomorrowoman, Nightshade, Owlwoman, and also Bushmaster are ever going to be brought back into the DC Comics Superhero Universe as character we get to see alot more of or also possibly from?

Constantine, I wouldn’t thought of him but that would be interesting. Mine would be Booster Gold, I would love to see how he would deal with Batman’s villains.

Mine is Robin Lord Taylor’s in Gotham

Oh well, Monday night was fun while it lasted, what a great way to start your morning!

A while back, someone (a mod) mentioned that there were a couple of events in the next few months that would help provide more comics and fill holes. (I may be misremembering the exact wording but that was the interpretation I had.) Obviously, the Ultra tier was one. (and I had guessed perhaps a Vertigo push for it’s 30th anniversary, so kinda correct.) I was wondering if there were any hints that could be given for the other if it is still planned. (I keep hoping for Piranha Press to be added and Zuda)

I feel like one of them may have been the pivot towards more “DC Universe”-centric digitizations (as opposed to Milestone or WildStorm), which started this month.

Happy Friday @Jitsu! I was wondering if you had any updates on when the February comic list will come out?

Ok let’s get down to business…
I notice in DC Universe Infinite apps, looking at filter for artists & writers hasn’t been updated in a long time, will DC teams be adding more names to writers and artists so people can easily search for anyone like Chuck Dixon and Leon Chills? Thankyou.

For now I’m on a very long journey to destroy a ring.

Oops sorry, not sure where that came from!

Have a great evening.

Anyone’s who’s seen the 1949 Batman & Robin serial from Columbia Pictures, is aware that it starred Robert Lowery in the lead role. And, while the Cowled Crusader and Man of Steel appeared together a number of times on radio, there were never any live action adventures together on television. But, Bob Lowery did appear with George Reeves once, on the Adventures of Superman. The story was titled “the Deadly Rock,” from season 4, and was shot in color. Among other things that made this a standout episode, was an unexpected tie-in to an earlier blk/wht one, titled “Panic in the Sky.” Which (as many will agree) was one of the best in the entire series. Lowery plays Gary Allen, a good friend of Kent’s, in a story that involves mistaken identity and kryptonite! For those who’ve seen it, you know what I’m talking about. For you others, you owe it to yourselves to check it out.

This may not have been a “true” World’s Finest pairing on the small screen, but it was as close as we got back then. And so, we close out another edition of Trivia Corner. For you youngsters out there, and you who are just young at heart, always remember to “Look, up in the sky!”

Well, 'til Charlie’s Angels meet the Birds of Prey …

@Jitsu what are your impressions of the Harley Quinn animated series? It’s one of my favorite DC series and was in fact one of the main reasons I got HBO Max in the first place.

So @Jitsu as a Batman fan, what do you think of a Batman and Robin movie with Damien as Robin.

The short answer is yes! While all timelines aren’t necessarily locked in, new writers and artists are added regularly–so keep your eyes out for those you’re looking for!

And keep an eye out for orcs!

Another great edition of the Trivia Corner! I am curious though, what’s your process for finding new bits of trivia? Do you pick a new approach every week?