DAY 1: For this year’s Inktober, I’m going to try to digitally ink over some great DC comic book artists. I’m a big Superman fan, but I must confess I never did read a lot of the early work by Jerry Siegel and Joe Shuster. But I have recently started to search out their stuff and I do love that the main core things I love about Superman are from his early stories! 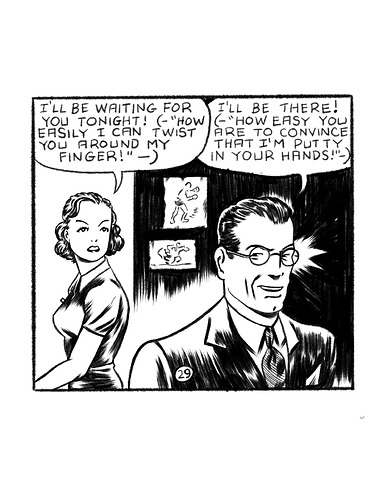 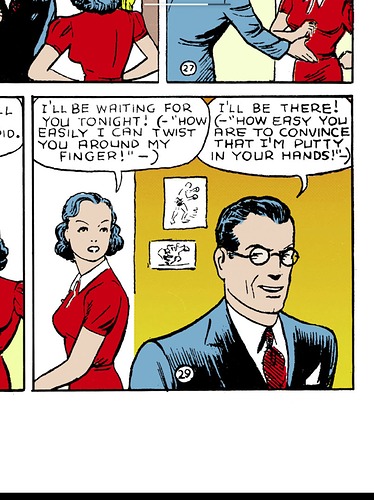 As I was inking Shuster’s work, my appreciation for his art multiplied. He had some good solid sequential storytelling chops built into his work and he got their looks down early on. I really love this classic dynamic between Lois and Clark!

I do love this sequence where Clark finds out Lois is in love with Superman and he has no chance. He plays it up for people that might see, but boy oh boy he has a good laugh when nobody can see him! Don’t worry Lois was QUITE mean to ol’ Clarkie so a little chuckle from Clark is well deserved.

These are tiny panels, but Shuster sets it up perfectly and his Clark has a great face! #joeshuster #superman #inktober #digitalinks 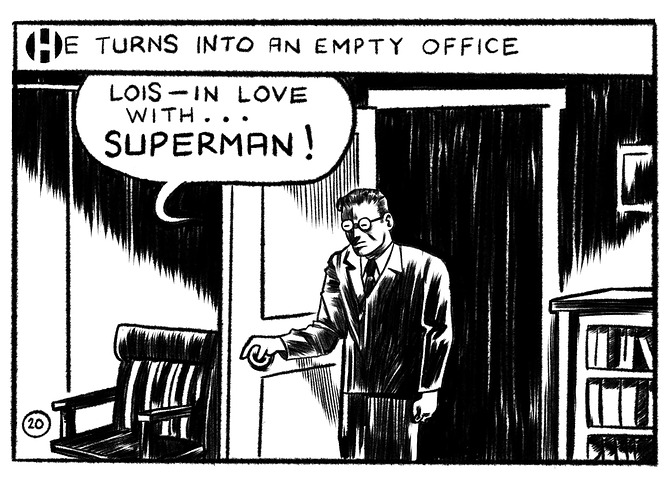 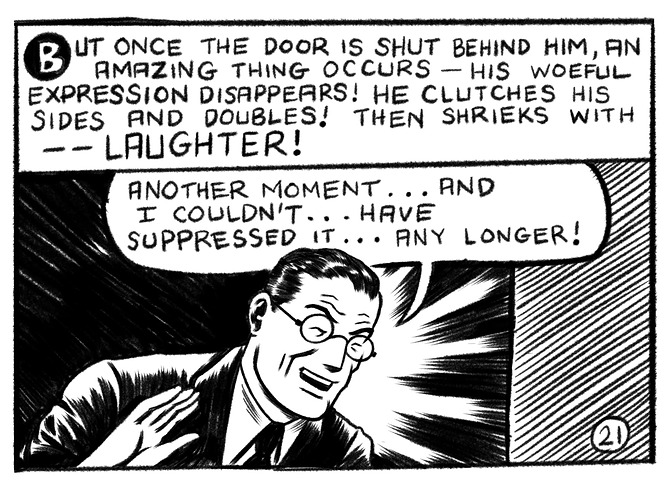 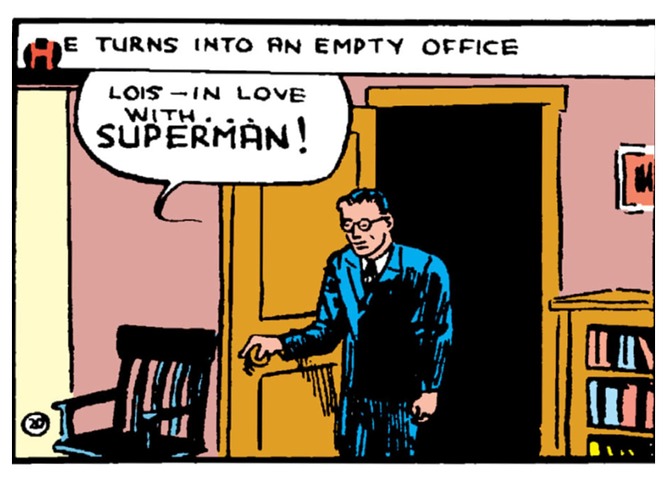 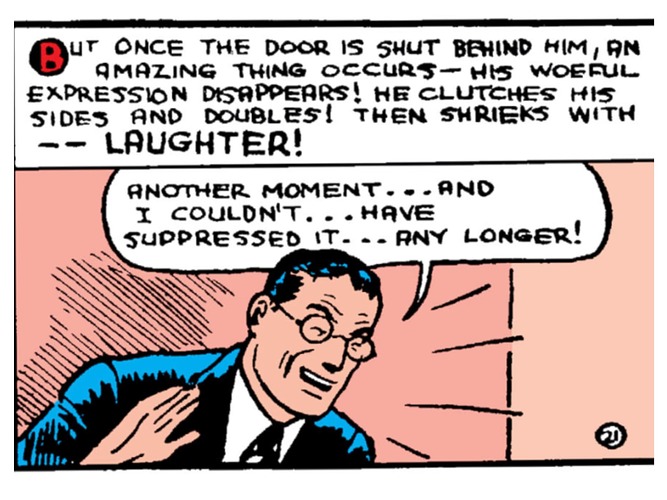 DAY 3: The first few Superman comics I bought were drawn by the legendary Curt Swan. But back then I only had goo goo eyes for the younger, slicker and more stylized artists like John Byrne or Todd McFarlane.

But now I realize Mr. Swan’s Superman is the classic one I usually “see” in my head when I think of Superman. I’m pretty sure its his stuff who Chris Reeve must’ve seen when reading through Superman comics for Superman 78. 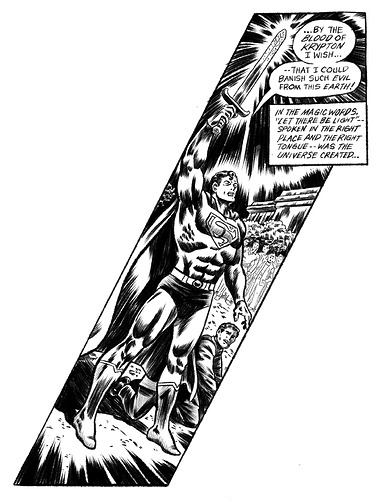 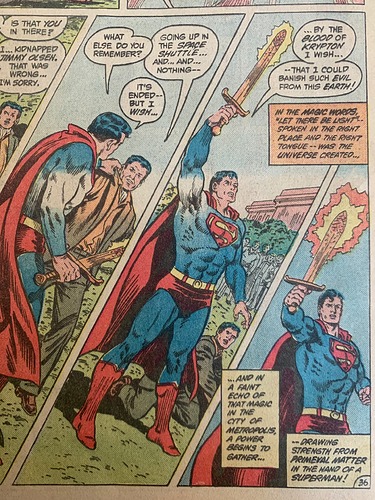 Day 4: And what’s Superman without his arch nemesis? Curt Swan’s Luthor is the rendition I always have in my head for the character. This panel comes from a story I didn’t get to read until I was much older. But it’s cool because it’s somewhat the last Superman story and a death of Superman story as written by Jerry Siegel! 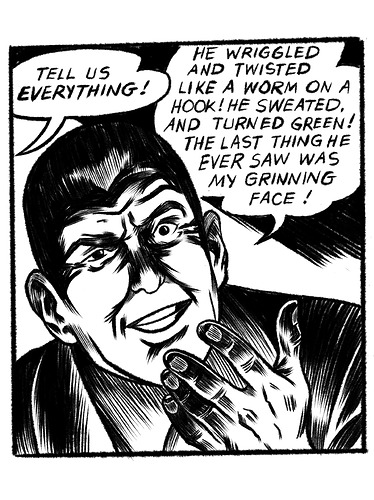 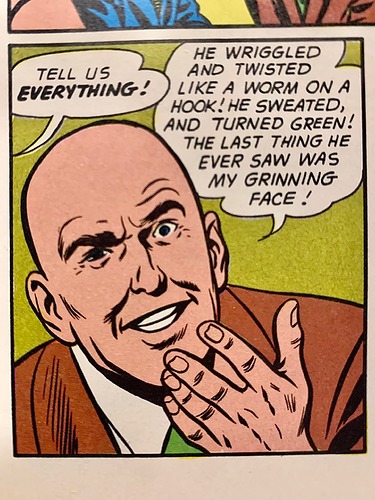 #inktober2022 Day 5: one of my favorite #Jerrysiegel and #Joeshuster stories was this showdown between Superman & Luthor. It was a contest to see if Superman could keep up w the feats of strength #Luthor was doing with his machinery. So it had this John Henry vibe, except #Superman wins! #inktober #dc 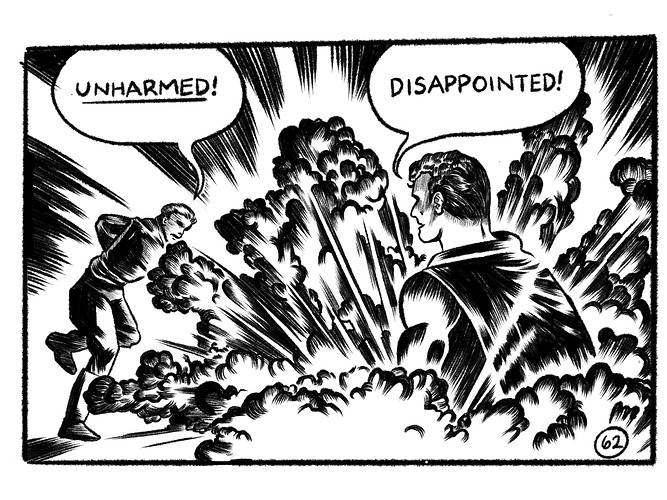 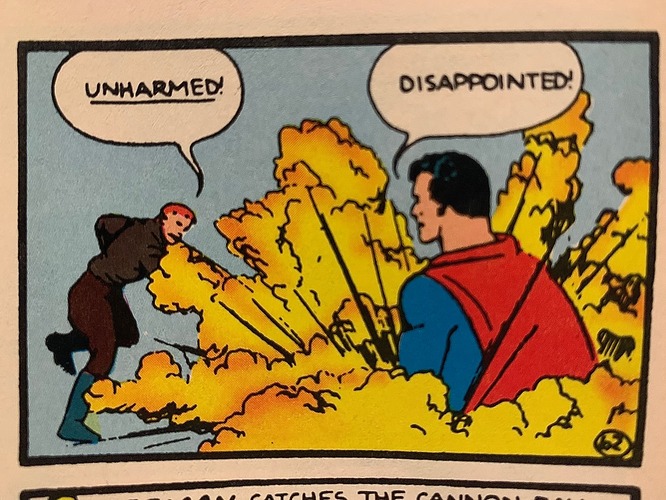 #inktober2022 Day 6: in the Philippines, it was always hard to find comic books in numerical order. Comics from the U.S. cost a lot. I picked up #kiethgiffen ‘s Action Comics 577 & I wasn’t ready for the stylistic (Jose Munoz inspired) choices he was making nor the more serious storytelling going on and subject matter, but I remember it being cheap and it has Superman in it! Also, Superman fights a vampire! #inktober #dccomics #procreate 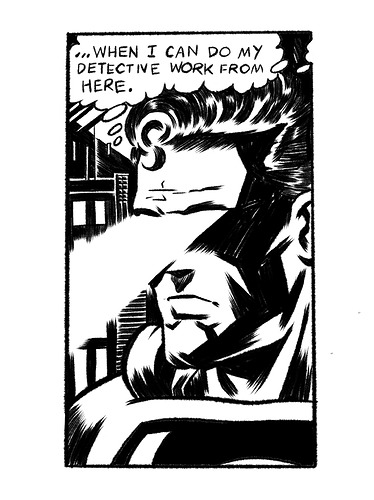 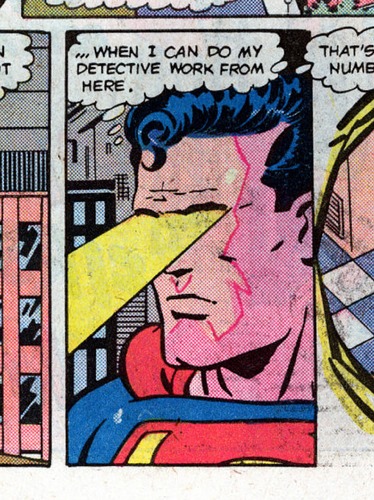 #inktober2022 D21: trying to catch up & inking over one of my favorite sequences in an old comic book I used to read over and over as a kid. #frankrobbins The Shadow is my definitive version of the character. It seems people didn’t like him on it, but I love, LOVE his work on it even though it was only for a couple issues. #theshadow #dccomics #comics #inktober 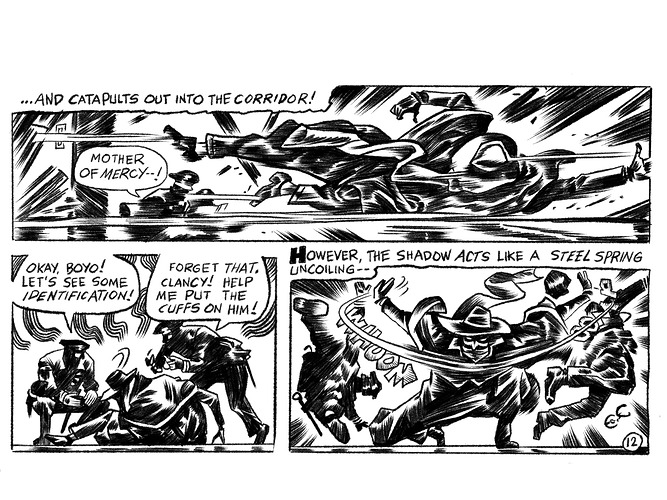 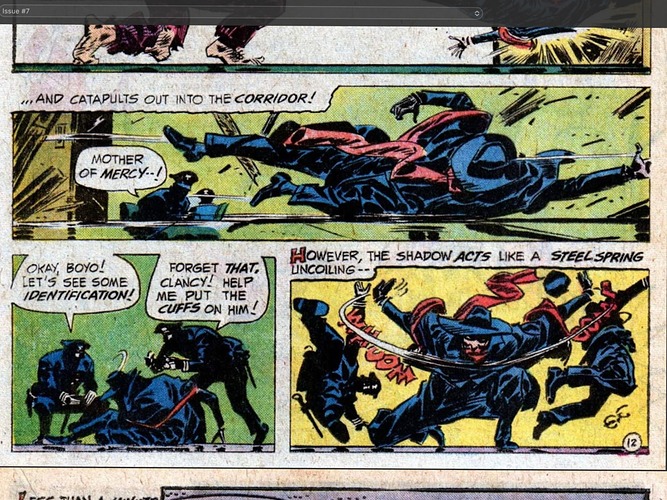 #inktober2022 Day 22: I’m inking another panel from #theshadow issue 7 by #frankrobbins At the time I read it, little me didn’t quite understand how stories can have sad endings. It makes sense that this panel leading to the tragic demise of the misunderstood brute, “Pile” seared into my brain cells! #inktober #comics #inking #pile #moragmayne 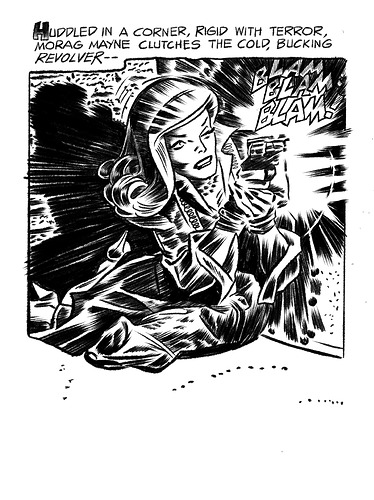 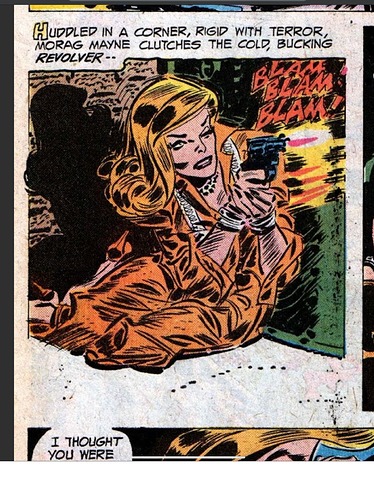 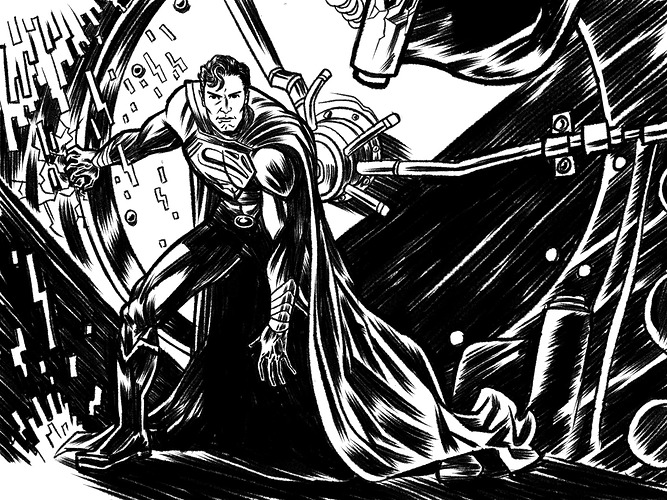 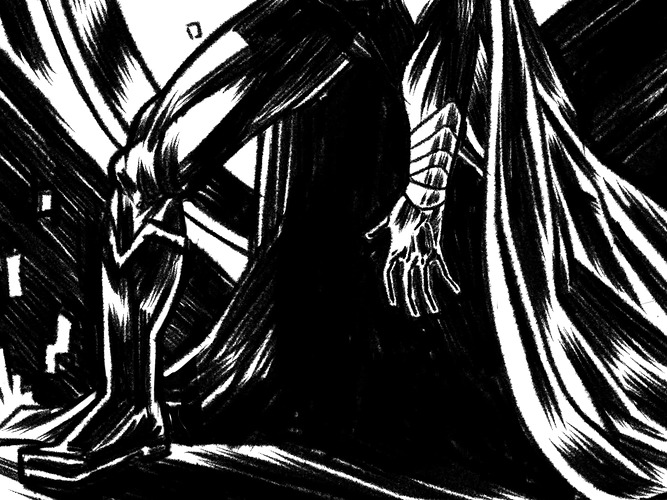 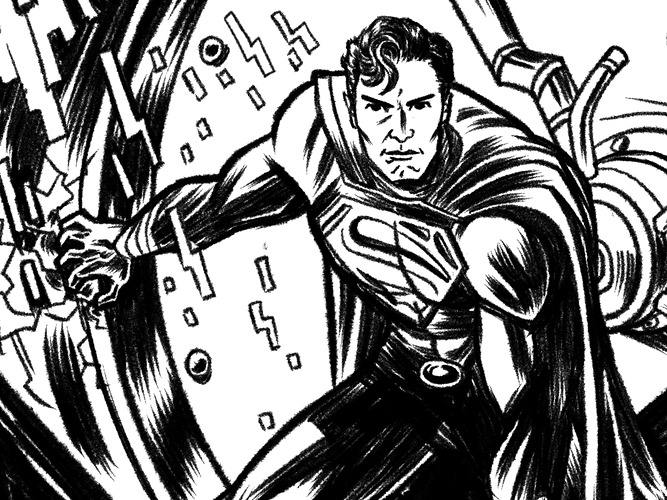 #inktober2022 Day 30 - #jimaparo was the main Batman artist I was reading in middle school and throughout high school. It’s his #batman that resides in my brain as THE Batman. I subconsciously pull on his shapes and cape forms when I draw Batman, & his Gordon, Joker & Robin are the archetypes of these characters in my memories.

His #TenNightsoftheBeast work is what sticks into my brain the most, it was the first time I saw Batman resolve a conflict without actually fighting the enemy & it was a controversial way to do it since he traps this guy in a dark sewer cell without food or water. 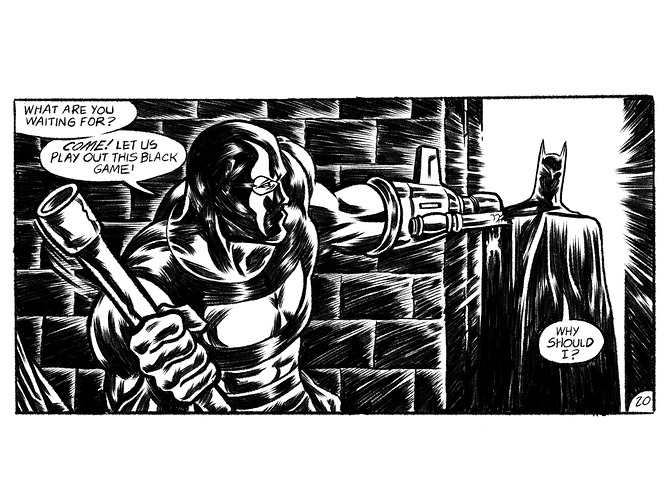 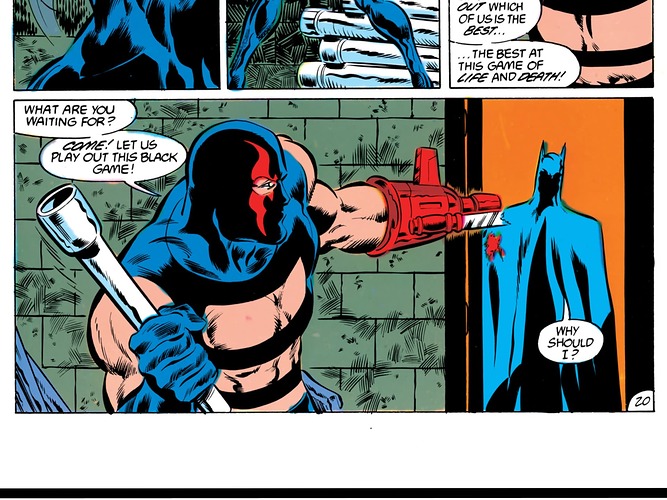 It wasn’t until a week or so later that Batman calls in the police to free the #KGBeast (best name ever) only to find that he’d already escape. Still, a pretty brutal move for me to read when I was in middle school! #anatoliknyazev #jimstarlin #dccomics #inktober

#inktober2022 Day 31 - in 1989 I was hit with Batmania! #TimBurton’ s redefinition of #Batman for the big screen was all I could think of! The comic book adaptation written by #dennyoneil and magnificently drawn by #jerryordway made my jaw drop & I read and re-read that comic countless times! It still amazes me & I’m pretty sure it’s the BEST movie to comic book adaptation ever! 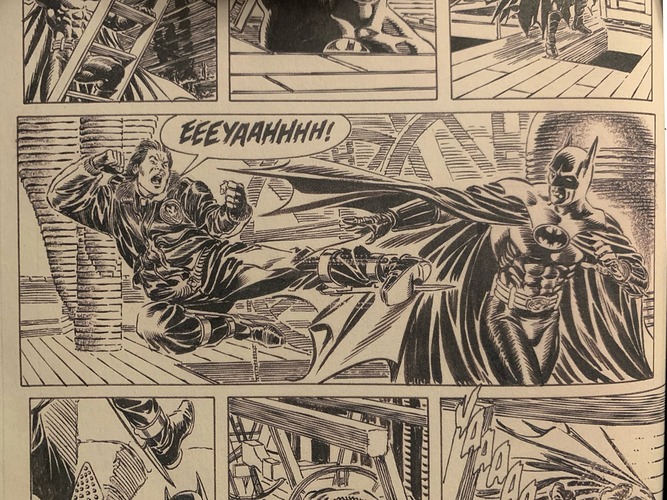 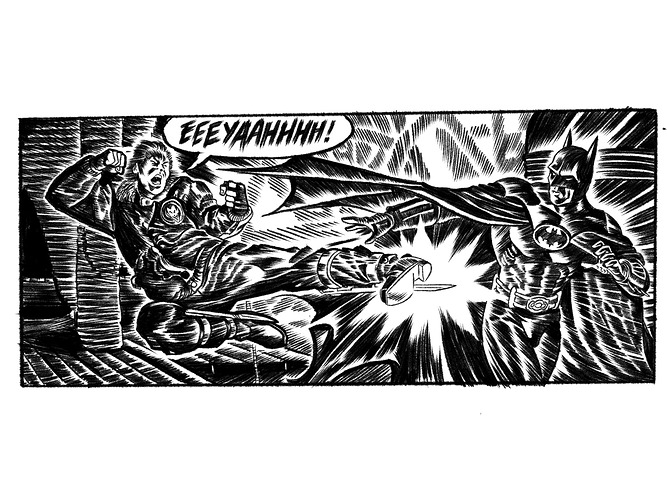 The likenesses are so well captured, the architecture of the world, the vehicles… but the storytelling is also so well done, it’s a breeze to read & easy to follow action… and it all seems so effortless! And at last… #inktober is done. I couldn’t quite do all the days, but thank you for following along as I went through the comics that made me! #dccomics #dc