Comics That Defied Your Expectations

Are there any comic series or stories that you thought you would hate reading (for whatever reason), but you begrudgingly decided to give it a chance and ended up loving it? On the flip side, are there any comics that you were excited to read, but which ended up disappointing you?

Events comics are consistently bad so I was shocked at how great Forever Evil and Day of Judgment are.

Some other ones that come to mind are JSA: The Golden Age, Green Lantern Rebirth, the storyline where I meet Jason (Post-Crisis), the post Johns work on Justice League of America, Superman Secret Origin, and the first appearance of the Injustice Society.

For ones that disappoint me this brings back some memories. A Death in the Family completely sucks and should be an eternal shame to the company. This is every disaster I always heard comic books were full of rolled into one. Myself: Hush is just a terrible mystery with a bloated character list and a horrible villain. Rock of Ages is just confusing. Animal Man is just a glorification of death disguised as environmentalism with horrible art. Corpses are not that clean! How many animals did these guys bury as research? Speaking of Jeff Lemire Justice LEague of America really got my hopes up for Justice League United, but that second storyline is just horrible.

Then comes the biggest disappointment that I never get why it is popular, Tower of Babel. I never smile in it. It turns me into a mopey cartoon character who makes plans to beat up my buddies that will have no effect if they actually turn evil (or am I getting everything mixed up with the more memorable movie. I am not giving this a third chance), and there is no unity of plot. It just alters from two unrelated plots with no connections to each other. It is just miserable. Clark and I would never turn on each other like that, because that is the type of best buddies we are.

For a more recent example on both sides Crime Syndicate and Batman '89 one side and Superman '78 on the other. Clearly rereading Forever Evil made me buy something bad and Myself '89 is just a waste of money with the worst Robin ever. Then Superman '78 is the best Superman comic I have read in a long time, and I cried reading it multiple times.

are there any comics that you were excited to read, but which ended up disappointing you?

Are there any comic series or stories that you thought you would hate reading (for whatever reason), but you begrudgingly decided to give it a chance and ended up loving it?

This one is a little bit harder for me because I don’t branch out of my comfort zone too much.

I don’t know how much of surprise this was since I enjoyed all of the Young Animal stuff, but Cave Carson Has a Cybernetic Eye got me into a character that I knew nothing about before. It’s a great example of taking a concept that most creators would’ve left for dead and breathing new life into it.

Next, I decided to pick up the first issue of Far Sector to build up to the 5G event that never happened. Having not known much about N.K. Jemisin beforehand, I found myself really engaged with the complex world and insightful plot. I gladly finished collecting the series.

Finally, I’d say Greg Pak’s run on New 52 Action Comics (starting with issue #25, well, 23.2, but the proper run starts on 25). No offense to Pak, but my only previous experience with him was with World War Hulk which was fun but I wouldn’t consider great. Pak surprised me by being one of the only New 52 Superman writers who got how to characterize Supes post-Morrison’s Action Comics reboot. Many other Superman writers of that era either continued to characterize him as Post-Crisis Supes or as “not your grandpa’s Supes who makes morally ambiguous choices” (hello, Scot Lobdell). Pak understood the socially conscious Superman who was willing to stand against authority if it meant fighting for the underdog that Morrison put out there.

As for stories that disappointed me, Superman: Grounded probably tops that list. I don’t know if I was excited for it, but there’s always some anticipation when an acclaimed writer takes over a book. However, I’d had enough experience with JMS by that point that I knew it could go down hill. I was just shocked at how quickly it went down hill. To me, the whole thing came off as a sounding board for JMS’ hang-ups and complaints for modern people and society. Superman came off as a cranky boomer who needed to lecture to everyone. Worst of all, it was really just boring until Chris Roberson took over writing duties (though, try his best, he couldn’t exactly save the story). Actually, I really should’ve summed Grounded up with just this:

Outside of Grounded, I can’t think of many other clear-cut examples. There’s a lot of other material I’ve read and haven’t liked, but, most of it, I never expected to like. There are also some stories that I think are overrated (generally thought of as masterpieces, but are really only just okay), but that’s not exactly the same thing. Maybe I just don’t feel like being too negative today.

Are there any comic series or stories that you thought you would hate reading (for whatever reason), but you begrudgingly decided to give it a chance and ended up loving it?

Oh yes, and one of those is this fine series: 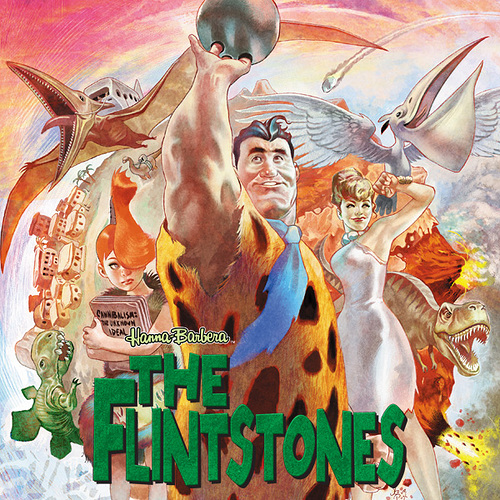 The modern Stone Age family is reinvented for a new generation of readers, as DC presents a comedic adult take on the Flintstones.

I absolutely love Hanna-Barbera, but The Flintstones is one of their franchises I just never got into (the same applies to The Jetsons), despite repeated attempts to do so.

On the flip side, are there any comics that you were excited to read, but which ended up disappointing you?

Oh yes, and this is one of them: 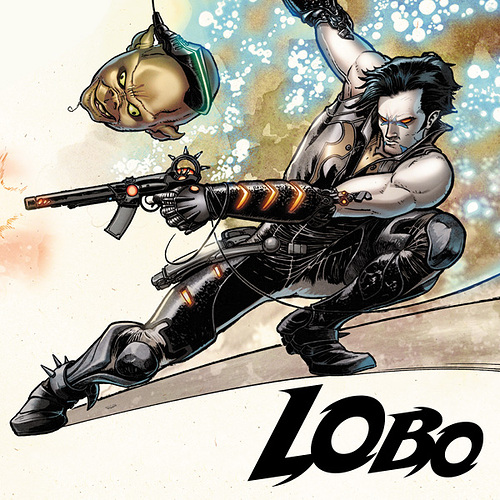 A new Lobo blasts his way through the universe making a name for himself as a mercenary. He’ll frag anyone – no matter the price.

It was Lobo, but without all of the fun stuff that makes Lobo Lobo, Clyde.

I don’t hate that mag by any means, but its also never going to be something I’ll say “Frag yeah!” to when I’m looking to revisit The New 52, Clyde.

It was Lobo, but without all of the fun stuff that makes Lobo Lobo, Clyde.

Its a pretty soild comic, if you just rename it to something other then Lobo

That is what I felt about Snyder’s Lex. If he was called “Toyman” I would have loved it.

Indeed. For if “Lobo” was “Tales of the Imitator”, I would have likely dug the book to a large degree, because then, it would be seen as a spoof of Lobo and taken with a dash of salt and a wink.

Instead, its just “Diet Lobo”.

I like me a diet beverage fine, no doubt, but I really enjoy the full-tilt beverage best, in all honesty.

For me, when Superman: Son of Kal El came out, I was less than excited. I’m a huge Jon Kent fan, but the idea of him being anything other than 10 years old was less than appealing to me. But, I decided to give it a read and now I totally love the series. The art is incredible, and aged-up Jon definitely grew on me. Overall, I’d give it a 9 ot of 10, with the one point being subtracted because Tim Drake isn’t in it and I am p e t t y.

I did not initially love Year One and The Dark Knight Returns, later I did. Meanwhile, I loved All-Star Batman & Robin from the get-go.

Grant Morrison in general. I prefer to read or listen to his comments on comics rather than his actual comics, I dunno.

Harleen. For the longest time, I thought “Oh, just what we need. Another doe-eyed, abuse-glorifying, ‘Harley Loves Joker’ story.” But it was so much more than that. Harleen is a sublime psychological horror comic, disguised as a romance.

Disliked:
Female Furies (2018/19?). I was excited to explore Apocalypse more from Barda’s pov. Instead, I found this to be an odd caricature and social commentary.

A certain Nightwing annual that I refuse to acknowledge further…

All Star Batman and Robin (2005?). It was a lot darker and stranger than I had expected.

Enjoyed:
Hawkman (2018). I’ve never been a fan of the Hawks in any media or from any guest appearances or team books. I heard good this about this series and loved Venditti’s run on HJGLC, so I gave it a try. Loved it! I’ve tried to read other Hawk books since then, and apparently this series was just magic for me, lol.

Blackest Night. I’m not a big zombie fan, so I was skeptical of this event. It turned out to be my favorite line wide event at DC!

Loved it! I’ve tried to read other Hawk bioks since then, and apparently this series was just magic for me, lol.

Does that include the Johns run?

Yeah, I tried it a while ago, since I tend to like Johns. I may give it another try someday, but it didn’t grab me at the time.

I expected Red Hood: Outlaw to be a bad direction for Jason but it wasn’t as bad as fans on Tumblr made it out to be. It wasn’t my favorite, but considering the circumstances he was in I think he reacted in the best way he could as a fictional character being written by humans.

Speaking of zombies, I am definitely enjoying DCeased a whole lot more than I expected to. A lot of great character moments despite the bleakness of the setting.

Justice league odyssey. That series was great and my first introduction to Jessica Cruz who is probably my favorite lantern besides John Stewart.