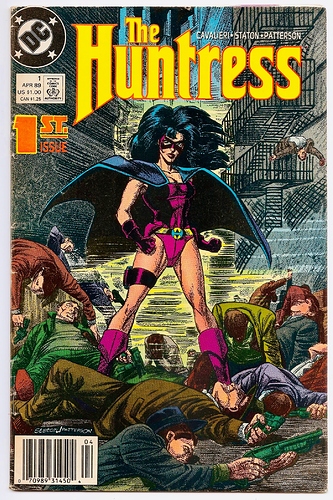 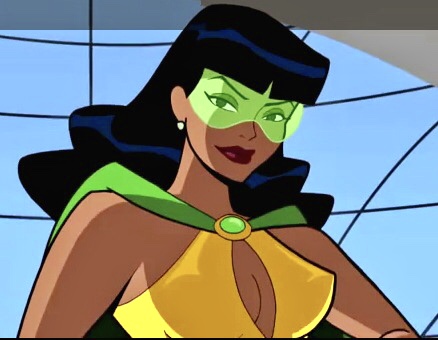 If u could only have 1 or the other. Would u choose to keep comics or animated series?

I would choose comics but it would be a heartbreaker to lose all animated series.

This is a challenging question, @capo-mage!

I’m not sure which @ralphsix would choose, but I would go with comics.

Side Note: When I saw the Huntress image in this topic, I thought of you. It’s your thread! Lol.

. Yeah @ralphsix was sure instantly too. I’d asked myself the question, so I thought I’d see everyone else’s opinions. I had my mind made up b4 I created it. @ralphsix answered emphatically & the second I finished creating it. Good for u Ralph. You’re right @KeyFamily, it’s a definite tough choice. I’d go comics too tho.

I applaud u for it. It was my choice too. I love animated series, don’t get me wrong. Couldn’t do with w/o comics tho, no way!!!

Comics. As much as I enjoy the animated series there’s just so much more that can be done to develop characters in comics.

Why would you do this to us Capo? I refuse to answer,

This is hard. I’ve only been reading comics since this app came out. I’ve watch animated series way before that. With out animated series I would have the voices I use when I read characters in comics. But there would still be live action and I could do my own.

I guess I’m going with comics. I’ve been hooked.

Easy, I enjoy the animated series, but comics are my life! Comics!

There are different media.

And there are very few comics today that measure up to the best animated series here like BTAS.

But we are going through a very bad time in comics. Most of the other eras produced grrater and more varied works

The current 20 page comic is vasly inferior to the 24 minute episode because writers are writing for the trade. Earlier writers knew how to write a good story in 6 to 8 pages. See for example The Spirit by Will Eisnet.

If video story not done in one episode, weekly new episodes better than montly or bi weekly publication

Animation often boiled down characters to their basics

Always understood what was going on.

Comedy done much better in animation

Watching an episode of most of the animation series for the FIRST TIME is better than for the majority of both old and new comics. Old comics lack believable characterization. Current comics lack most everything.

But because Animated series boil things down to the basics, they are easily understtod at the first viewing. There is no need to rewatch.

The best of comics can be much more nuanced.

Animation stories, like movies are restricted in time. At most three esisodes or less than an hour and a half. Animators have to leave things out.

In a comic book, a competent writer, not bothered by frequent crisis or crossover events, can use foreshadowing, in media res and other techniques, to entice a reader to a story thar has mystery. An unfolding of fantastic events and a big payoff in the ending.

Most media suffer from the fact that the character can never really change. It is a features of all comics and TV series.

So comics can be better potentially.

I rarely rewatch an animated episode and then i often am looking for a particular few minutes.

With a comic I read it all the way through setup action and the ending. Unfortunately most curtent comics omit all three elements, so in a Tom King issue of Batman the reader doesn’t know if the events in the issue really happened or are some sort of hallucination.

So…which one was your answer?