About twelve years ago I saw something called comic binding. Basically, you can send comics to a bindery where they’ll cut them, sew them (maybe glue depending on their process) and press them into a custom hardcover.

I was intrigued by not only the process but what some people were doing with it. Vast collections of series were being put into multiple volumes. Some were even making hardcovers of things that hadn’t been collected into a trade yet. I was so interested I looked up the process and decided to send some comics to be bound. I loved it! You could put to 25 comics in a single volume and it would look great.

I was really stunned to see the graphic wrap around covers. It made the bindings stand out even more.

I’ve shared these over on another topic but I wanted to give an example of what I mean. Years ago I had what I call the “New Earth” era of Superman (From Secret Origin to Reign of Doomsday) made into an eleven volume set. These are the results: 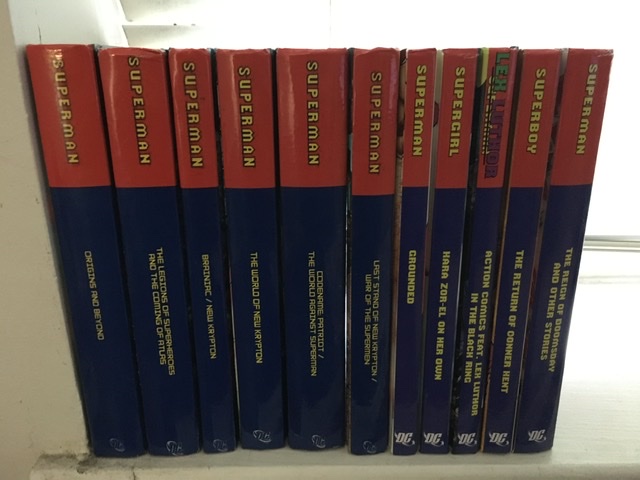 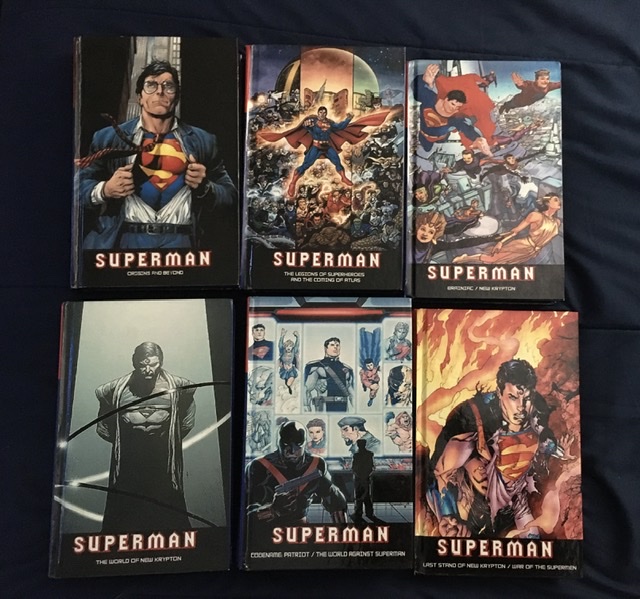 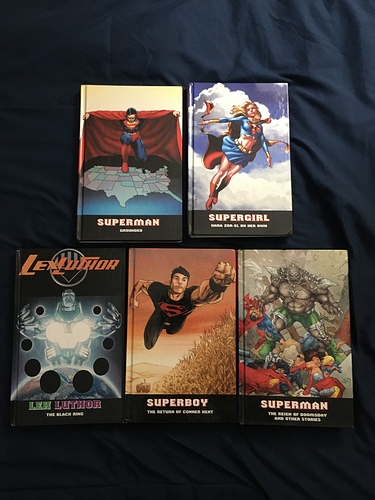 I’ve seen some other members here with some amazing custom bindings. Feel free to share them. I’ve got some more at home I’d love to show you all.

It’s a fun hobby. It can be an expensive one, I have to admit and I know some people aren’t thrilled about removing the back covers and ads from their comics…or having them cut by the bindery, but at the end of the day you end up with something really cool and customized. It always gets a fun response when I show people and it’s a great ice breaker with creators at conventions.

That is lovely! I need more shelves though. Lol. No point if you can’t show them off.

Thanks, @Coville! Yea, trust me, shelf space does become a factor. I moved into my first apartment a few years ago and things like shelf space and money have slowed down my ability to send stuff to the bindery, but damn if they don’t look good on a shelf!

This was one of the early ones I had sent to the bindery. JSA was always one of my favorite series. The graphic cover option wasn’t available at this time, so it was a simple job: 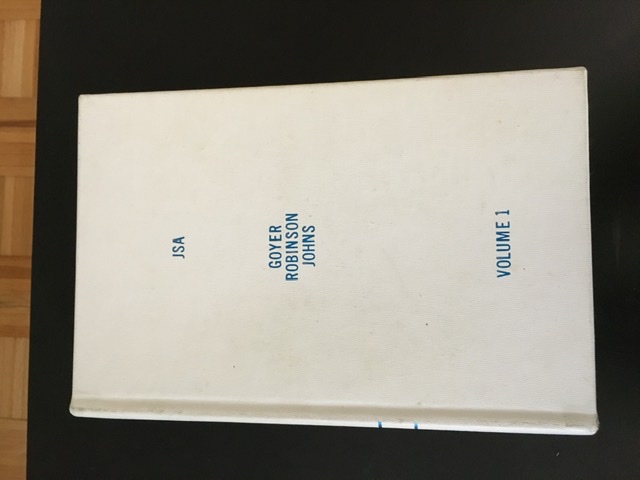 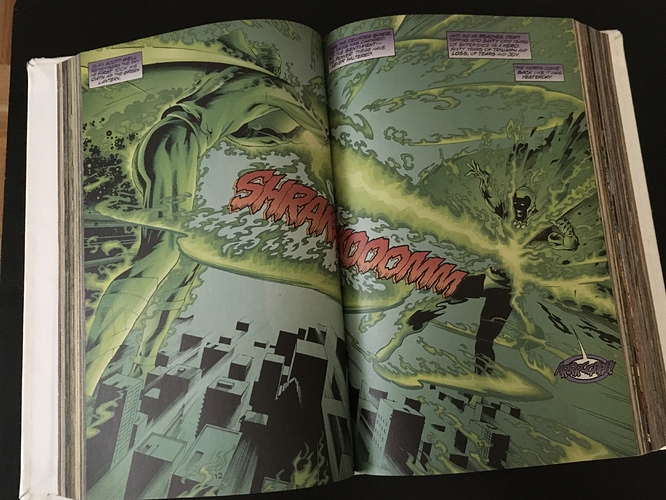 Here is an example of a graphic wrap around cover. This one is special because it was one of the first I brought to a convention. I went to Francis Manapul’s table and he liked how it turned out. He gave me a sketch on the inside cover.
I always appreciated that. Later that con, I got it signed by Geoff Johns and Scott Kollins: 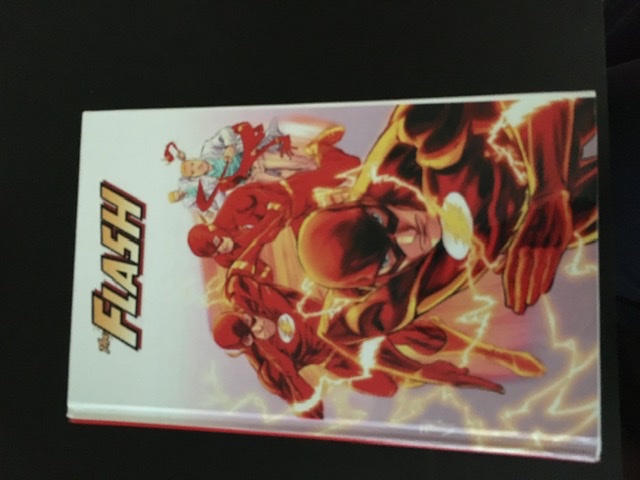 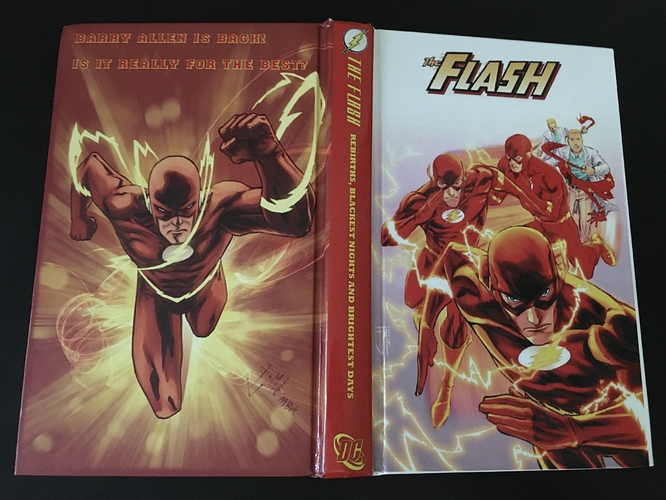 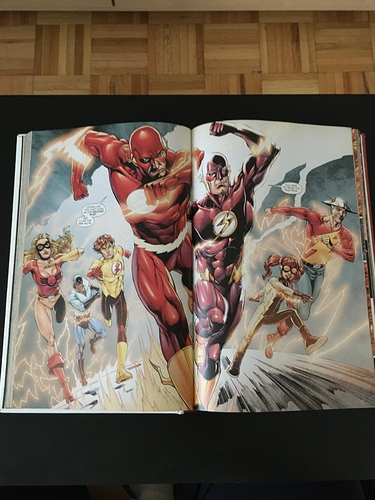 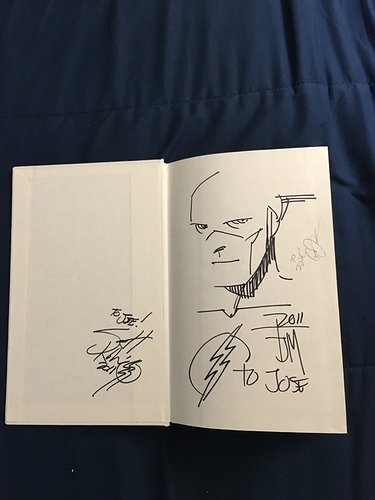 This has always been on my wish list. Besides the usual reasons for not prioritizing it I was concerned about gutter loss. Looks good in the pic but how do you feel about it in general?

When it comes to gutter loss, it is something you think about when putting one of these together. You’re constantly looking at double-page spreads wondering how effective they’ll be once everything is bound together. It really depends on how many comics you have in there. The recommended amount is twenty-five. You might even be able to get away with having thirty in there.

Overall I’ve been happy with how they’ve turned out. In fact, I’m going through some of my boxes to find the other bindings I’ve had made. There’s one in particular that has a special place in my heart.

Those are very cool, and beautifully well done. They look to be worth every penny and then some.

Part of the appeal is making collections of stuff that, for one reason or another hasn’t been collected. A perfect example is Who’s Who. 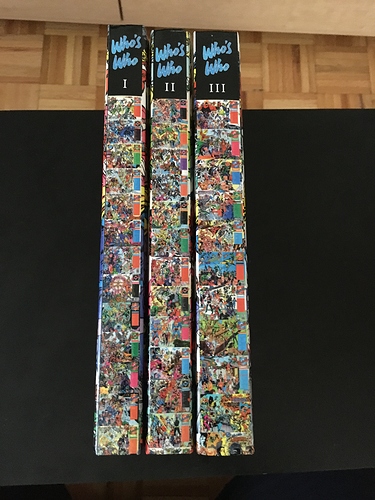 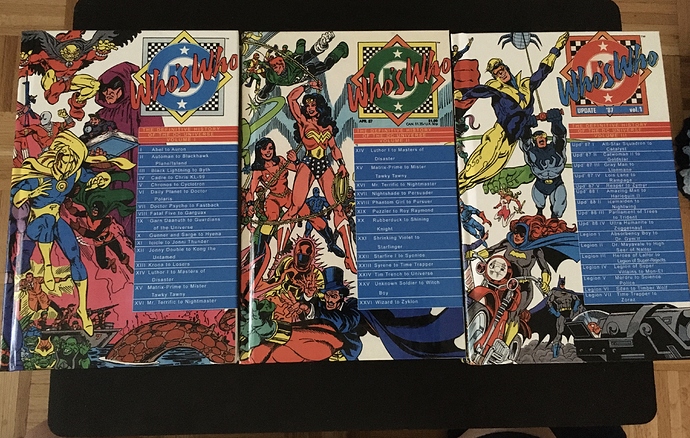 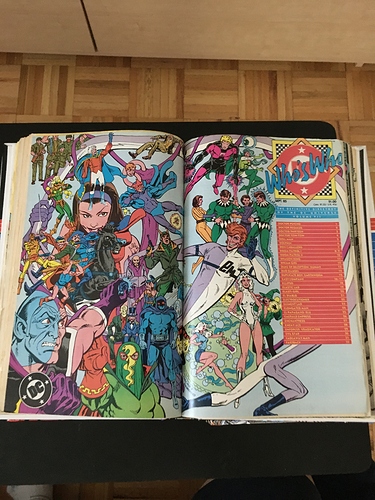 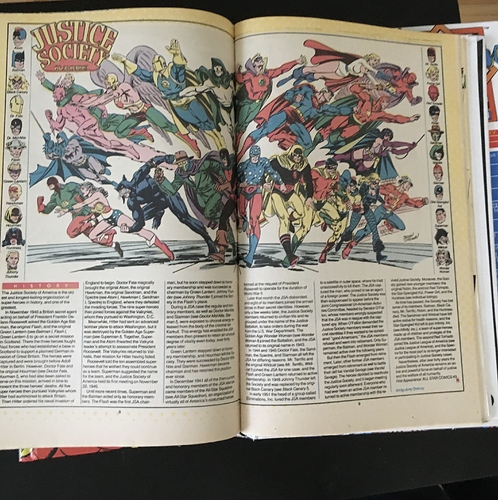 This is one of my favorites because the person who did the covers really did something creative!

Great. Now I’m about to throw my money out the window so I can bind my favorite arcs lol. Super cool stuff! Thanks for sharing

I love custom binding, the stuff you can make with it is amazing, but I’m not sure where to find one that can do this. Where did you get these done? I should also say that those Superman customs look AMAZING!

I use Houchen Bindery. They have a section of their site that lets you know specifics and pricing:

Thanks for the help man,

I have this one- 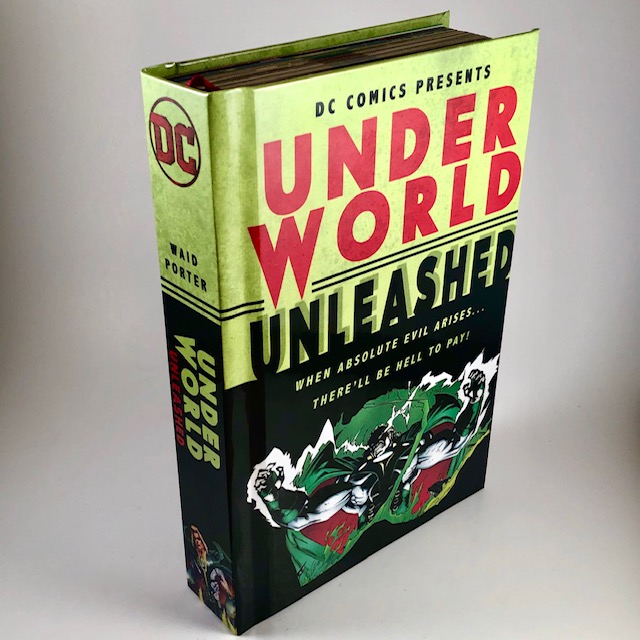 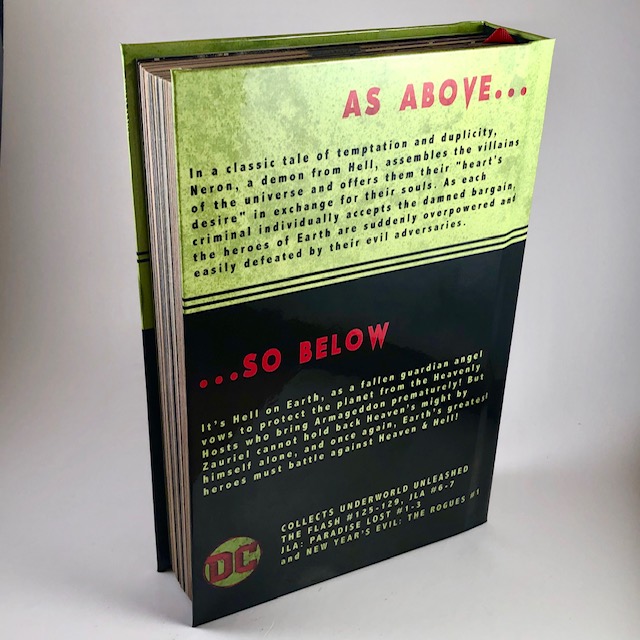 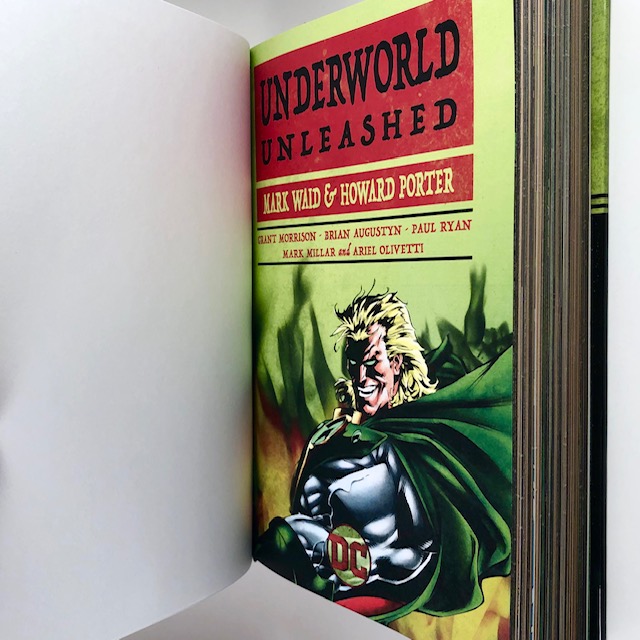 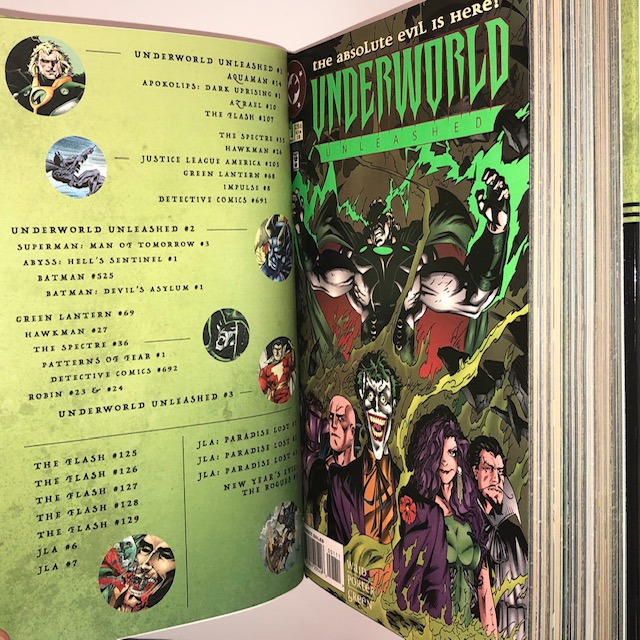 -which like @superby1 said, came from wanting this story collected this way, in Omnibus format, and realizing they were never going to. So when I found out about custom binds, this was the first story I went after.

I have two books being worked on right now and ideas for 5 or 6 more.

@TheTerribleToyman I’m still stunned by how incredible that looks! 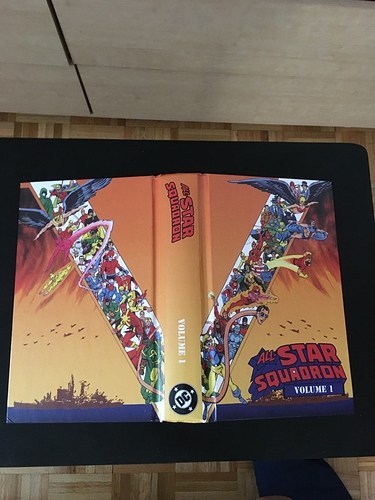 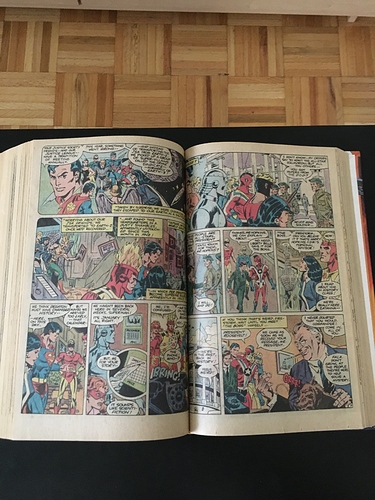 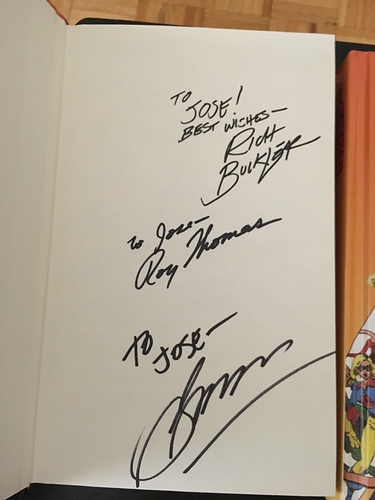 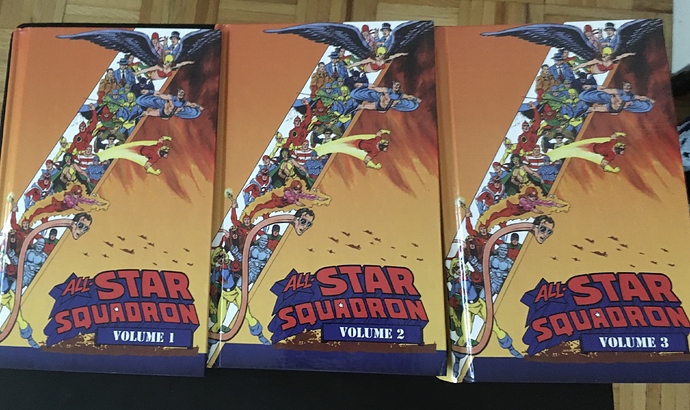 These are my All-Star Squadron bindings. I had the double-page spread from The History of the DC Universe used for the wrap around cover. The people at Houchen Bindery did such a good job on these.

The first volume is signed by Roy Thomas, Gerry Conway (I included the Steel The Indestructible Man mini before the issue he shows up) and the late Rich Buckler.

These are all amazing.

This one here…this is my favorite because it comes with a story:

I had DC Legacies bound and showed it off on Twitter. Len Wein commented on it and liked it! I knew he was coming to NYCC that year so I brought the binding with me. 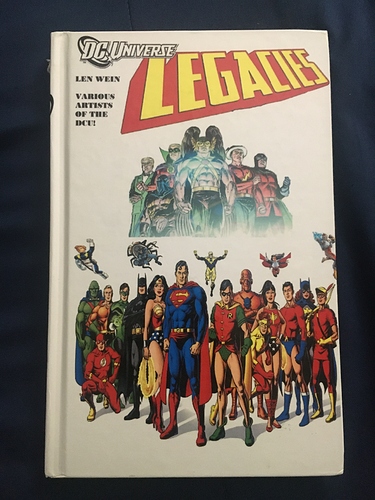 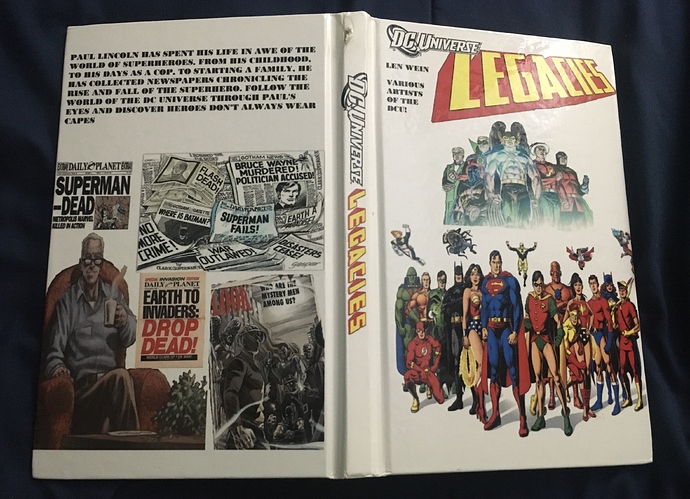 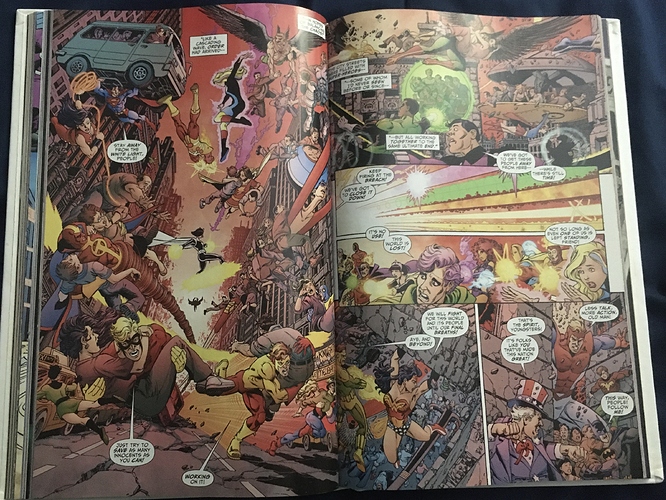 image3598×2698 3.15 MB
I took it to his table and he remembered seeing it on Twitter. I asked if he could sign it to me and he did! This ended up turning into a brief conversation with Mr. Wein and his wife. To say they were pleasant people is an understatement.

Eventually I thanked them and said goodbye. As I was walking around I ran into Dan Didio who also signed my book. Then I realized a few other people were at the convention and took it to them to get signed. I’ve brought it to a few more cons 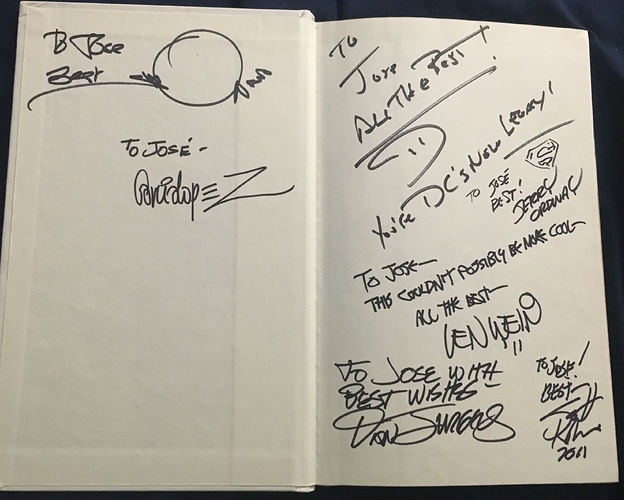 I have Len Wein, Dan Didio, Dan Jurgens, Jerry Ordway, Scott Kollins, Walt Simonson and Jose Luis Garcia Lopez. There’s some others I’d like to have it signed by (Perez and Gary Frank would be awesome) but for now this one is special as it is!

Truly incredible. And to have them signed; awesome. I just had two TPBs rebound because of faulty glue. This got me thinking about having some of my collections bound but was unsure of the results; gutter, binding process, cover art, etc. But you have convinced me. And then to get to get it signed; out of this world!