Collected Edition You’re Most Proud Of

For me, it’s either the Jack Kirby Fourth World Omnibus or my Strangers in Paradise Omnibus. If ever I get an Absolute All-Star Superman, that’ll be up there, too. Anyway, share! 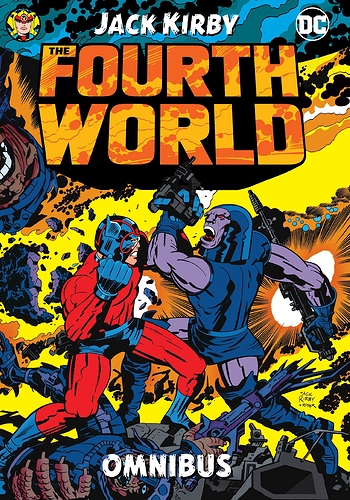 Also, here’s a picture of my copy of the SiP Omnibus… 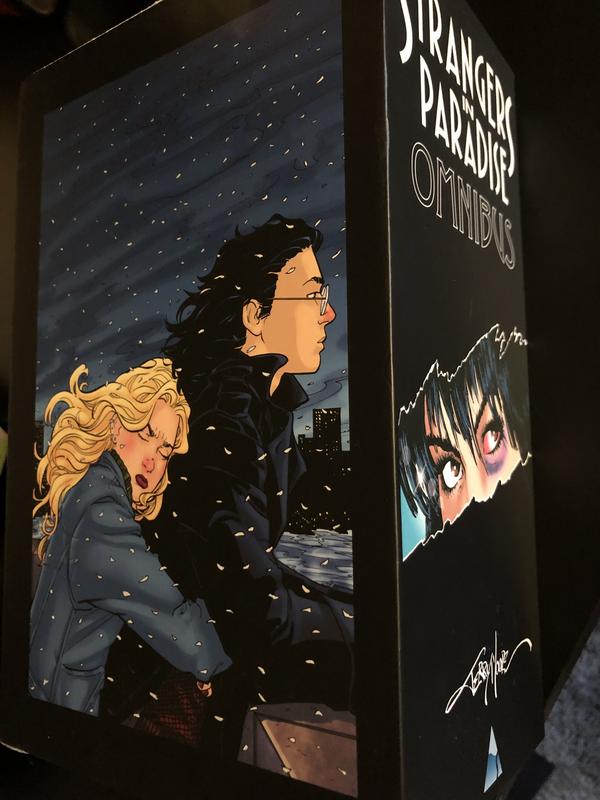 I only have one…Death & Return of Superman, still shrink wrapped.

Here it is on my shelf along with the others 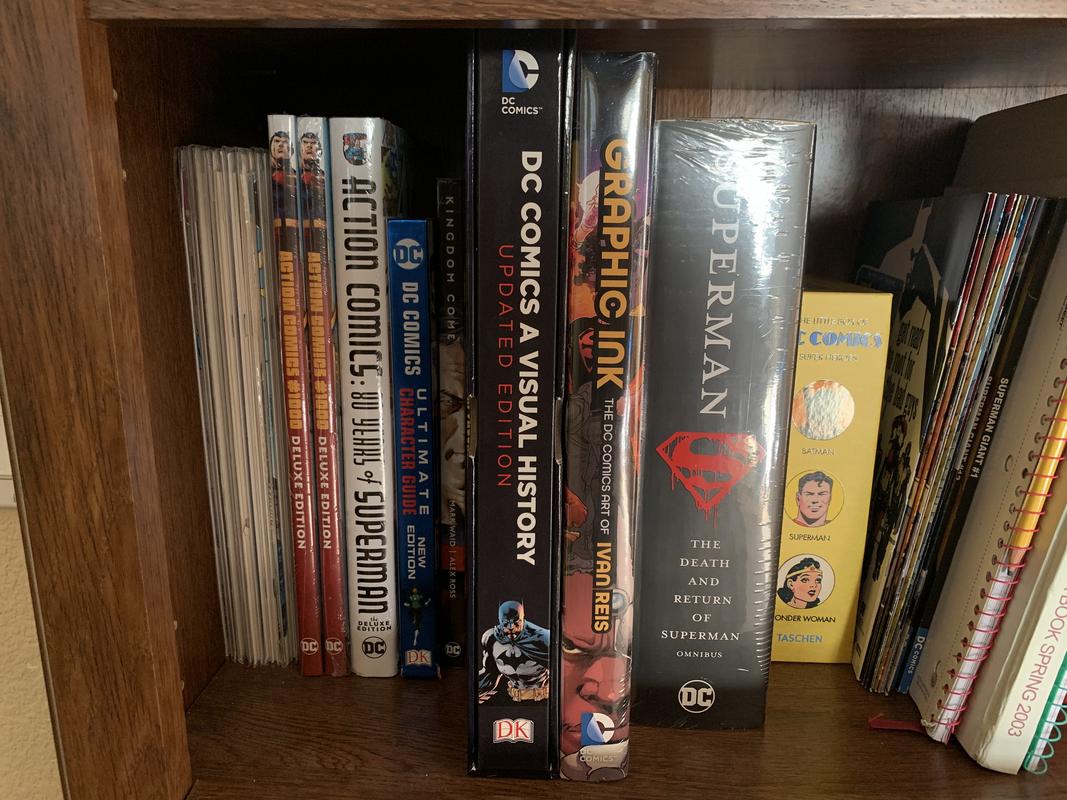 These are all so cool!

Thanks for sharing, everyone!

@moro
Good taste! That’s definitely one I would like for the ol’ bookshelf. Here’s a pic of my Fourth World and SiP on the shelf: 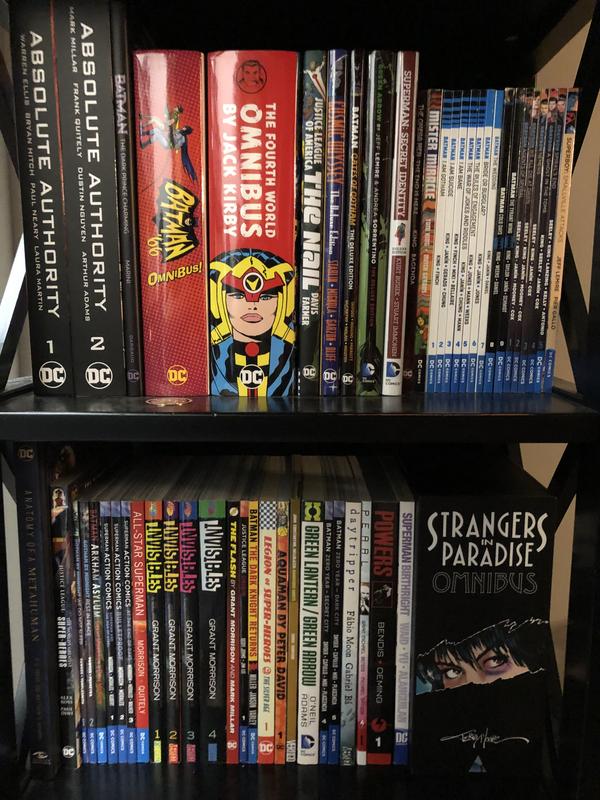 Two that come to mind are The Flash: Blood Will Run (the original edition from the early '00’s) and Superman: Transformed.

They were both Holy Grails for a long time and when I saw them at Half Price Books years ago, I about shot through the roof with joy.

I no longer own those books, but they were favorites of mine when I did own them.

As for an omnibus, that’s tough as I’ve never bought many of those. The original printing of Justice League of America: The Silver Age Omnibus volume 1 was pretty nifty.

An Absolute I was fond of was Batman: Hush (my first Absolute), especially since it was the first printing (and at the time, the only printing) and that I got it on the cheap at Border’s in 2005.

Like the Flash and Superman trades, the JLA omnibus and Hush Absolute are long since gone as I sold them a few years ago.

@batwing i see that anatomy of a metahuman, that’s awesome!

@Vroom
Feeling that HPB, I’ve found a lot of my collection there. Also, sorry that you had to sell off those books, it sucks, I’ve had to do it too. I really only started rebuilding recently, and I’ve moved over to digital for single issues at this point.

@Batwing52 I sold them voluntarily. I wanted to use the space for other stuff and all of the content in them is available digitally, so I said my goodbyes and off they went.

I haven’t been in a HPB in a few years now, but they were a favorite to buy from (selling was another story). I enjoyed digging through their back issue bins and that lovely bookstore smell of their’s was nice too.

@Vroom
NOTHING beats that first gust of old-book-smell wind as you open the door.

@Batwing52 I’d pop into a HPB just for the smell (not really).

HPB employee: “Can I help you sir?”

Me: “No, I’m good, thanks. I’m just here for the free sniffs of that delightful scent of ink and paper.”

There’s some awesome books on this thread, dang…

I gotta go with my Fantagraphics EC Library. Blank and white repreints of the entire EC Library, sorted by artist and genre.

Runner up to my 35th Anniversary Akira box set. It’s loaned out to a friend right now, but may just find a stock image to show. It’s nuts too. 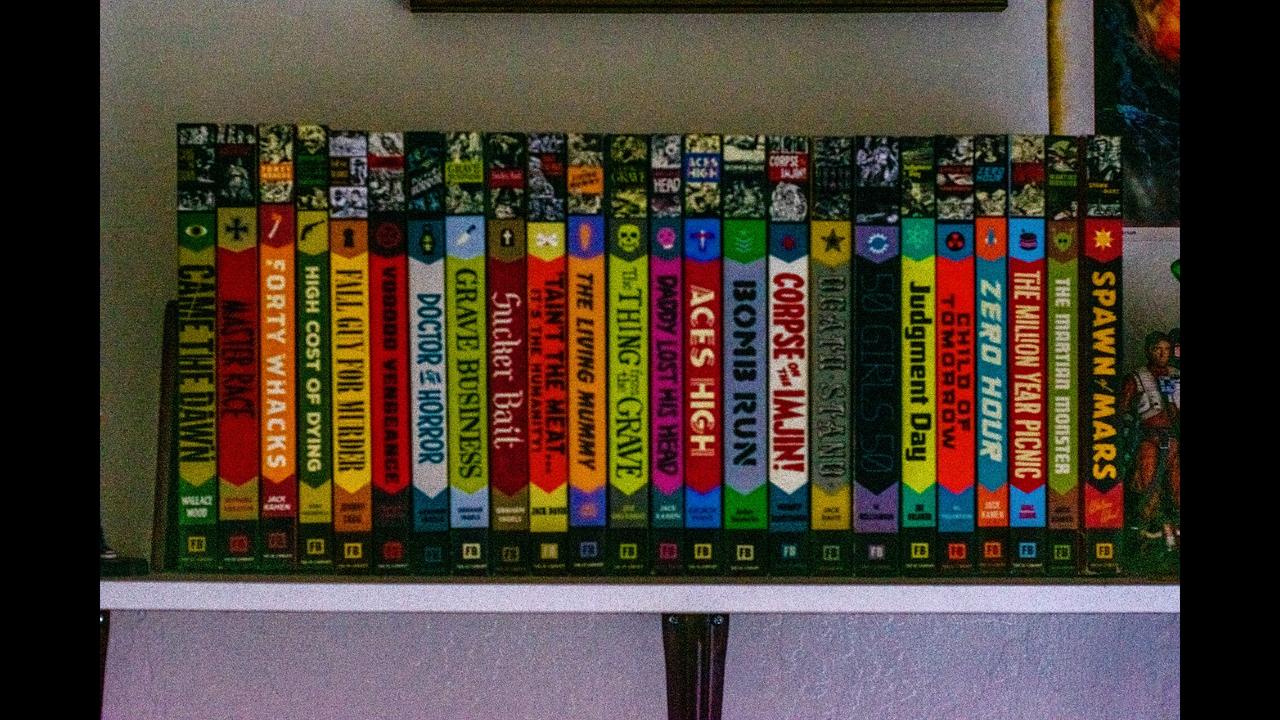 @DeadmanBrand
I have a few of those. Aces High is by far the best, IMHO.

@DeadmanBrand, I am not familiar with those books, but that set looks great on your shelf. Makes me wanna pick one up & check it out

@moro
Most of them are very good, especially for the time in which they were written.

@DeadmanBrand That’s a nice set of books. It seems that Han Solo and Poe Dameron seem to like them