Close Up at Gotham's Joker! 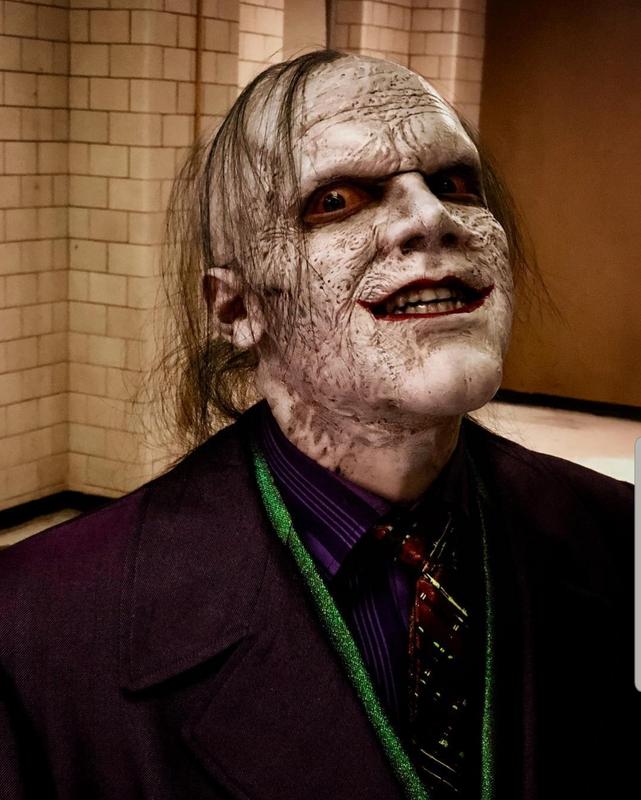 Looks great to me

I really liked where they were going with Jeremiah, but don’t care for this version. I think it should have ended at Ace Chemicals.

I’m not a fan of this wrinkle-butt-face joker…

I like the design. It looks creepy and nightmarish and it fits in well with Gotham’s aesthetic.

As for comic accuracy, they aren’t allowed to do that in the case of this particular character. I think the Gotham crew has done an amazing job considering the limitations they had placed on them by the people in charge at the WB. Cameron Monaghan has said in the past that they can’t use the green hair or even the name Joker because the studio wanted to save those things for the movies.

These restrictions with the Joker character mean that even though we all think of Monaghan’s character as The Joker, he’s technically not officially the Joker unless the WB gives Gotham permission to use that identity.

In a more recent interview Monaghan said that things were more lenient this season, which could explain finally being able to use the Ace Chemicals incident as well as why some of the promo pictures of this new incarnation of J have a greenish hue to the hair. We’ll have to wait for the final episodes to see whether or not the WB finally allows this character to be The Joker.

@BEAGLE yeah I understand… Maybe they should have just ended at the Ace Chemicals accident… Left it at that? I found this on that link you sent me (see pic below) 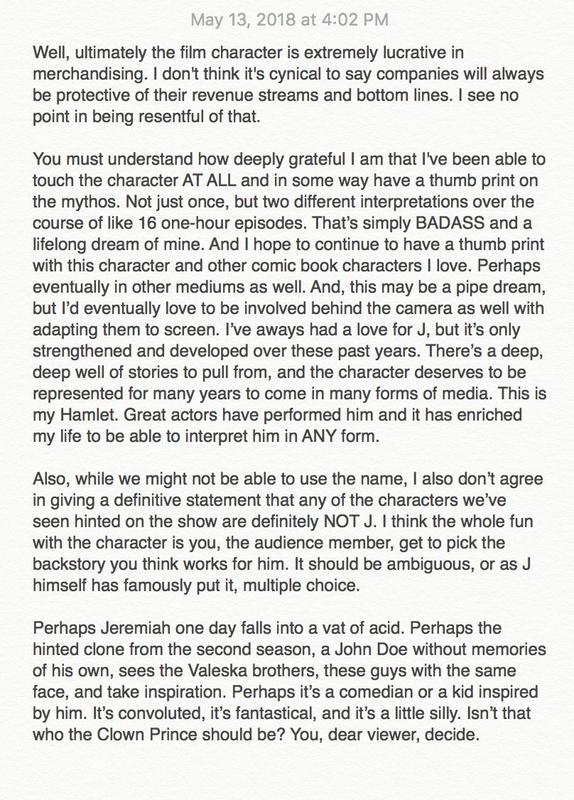