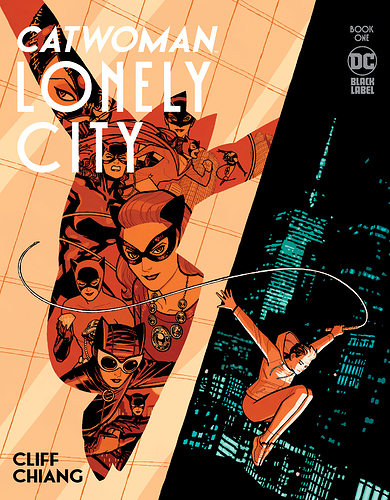 As both a writer and an artist, Cliff Chiang has left an indelible mark on the DC Universe, from
his celebrated work with Brian Azzarello on Wonder Woman to Zatanna, Green Arrow and Black Canary, and Batman Black & White, among others. His next great DC series, Catwoman: Lonely City, arrives in comic book stores and on participating digital platforms on October 19, spotlighting Selina Kyle in a world with no Batman to protect it. 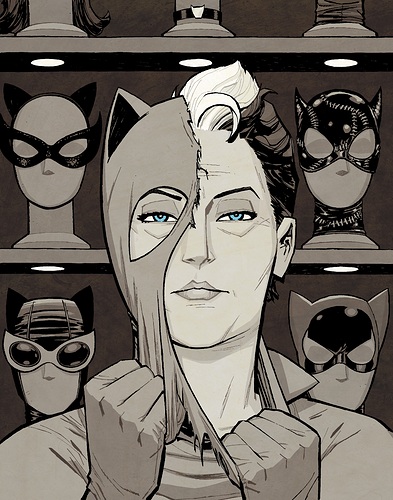 To learn more about this new entry for Catwoman, head on over to DC Comics!

Are you excited for the return of Cliff Chiang and Catwoman? Let us know in the comments!

That sounds super cool! I’m not sure if I’ve read anything that he’s wrote, but Chiang is a brilliant artist and this premise sounds super fascinating. In case anyone hasn’t read the article:

Ten years ago, the massacre known as Fools’ Night claimed the lives of Batman, The Joker, Nightwing, and Commissioner Gordon…and sent Selina Kyle, the Catwoman, to prison. A decade later, Gotham has grown up—it’s put away costumed heroism and villainy as childish things. The new Gotham is cleaner, safer…and a lot less free, under the watchful eye of Mayor Harvey Dent and his Batcops. It’s into this new city that Selina Kyle returns, a changed woman…with her mind on that one last big score: the secrets hidden inside the Batcave! She doesn’t need the money—she just needs to know…who is “Orpheus?”

Chiang writes, draws, colors, and letters each of the four 48-page, Prestige Plus format issues that make up this DC Black Label series; Catwoman: Lonely City is poised to be the kind of next-level storytelling that will change the way that fans see Gotham City, its heroes, and its villains forever.

I saw this news earlier but I’m completely unfamiliar with Chiang so I don’t know what to expect.

I get some young adult vibes from the imagery here so hopefully someone can give me an idea of what to expect.

But I’ve been really into Catwoman lately and the idea of her protecting the city rather than Batman is a very interesting concept.