I’ve been hearing a lot of people praising Harley Quinn for it’s quick turn around today so I want to be clear about something. Harley Quinn Season 2 was not created super fast.

The initial order for Harley Quinn: The Animated Series Season 1 was 26 episodes. Harley Quinn The Animated series was originally going to go on for another 13 weeks after today. Instead maybe because they needed a hiatus, split the show into two 13 episode seasons.

Basically Harley Quinn Season 2 is like Young Justice Season 3 Part 2 only they are calling it Season 2 instead of part 2.

Edit from Admins: This statement is speculative and does not reflect official information from DC Universe.

Will there be a "Harley Quinn: Season 2(with 26 episodes)?

Probably Not. It took them 5 years to make the “26 episode” season so I would guess no.

At SDCC, they said the pilot took them 6 months alone.

It kinda makes sense for them to start off smaller with only 13 and get everyone’s reaction.
Also, for any type of show, movie, book, etc., I’ll gladly take a hiatus over them rushing and losing quality.

To be clear, here is my source 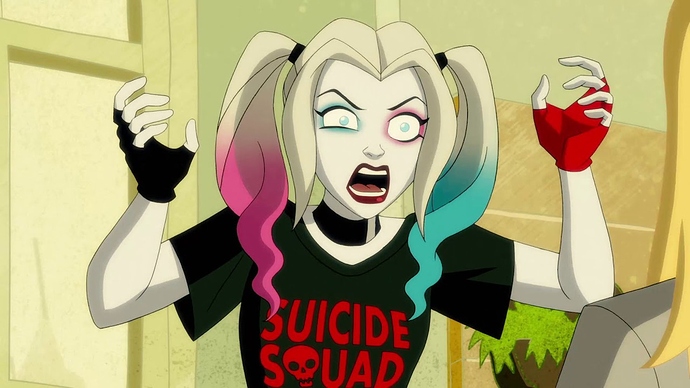 DC Universe's HARLEY QUINN Season One Only Half the Episodes Ordered

Yeah animation takes a long time to make. I listened one time to commentary on the animated MTV show Daria, which they said one episode took a year to make. They said that was pretty typical for animated shows. That was before computer technology became what it is now, but it sounds like for traditional style animation it still is a rather lengthy process.

Five weeks, basically. The next batch of episodes starts on April 3rd.

That was before computer technology became what it is now, but it sounds like for traditional style animation it still is a rather lengthy process.

From what I have read it still takes several months for most hand-drawn animated shows. But digital shows can be done very fast, like South Park takes one week to make an episode. There are also some Japanese animation studios that can do hand drawn animation very quickly, so it is hard to estimate how long any show will take. We just know what they say publicly.

@50710 South Park also has a lower graphic quality from HQ:TAS