Ever since I was a little, I have always love watching Superman films.
The music, the action, and storylines. During it’s run of 4 films, it’s a shame we never got to see more Superman’s villians.
By 1987 Superman did had alot of villians, but maybe not as many or has a well known Rouge Gallery villians as Batman. Here’s my pick of which villians I wish they had in the movie and who I think would’ve done a great job playing that character.

Brainiac: He’s mostly a second most popular villian in Superman series, could’ve been in a 3rd film, had it not been for Warner Brothers. I think before doing Star Trek: The Next Generation, young Patrick Stewart would’ve been good at playing the character.

Metallo: If Superman had done their own version of Terminator, They might’ve been able to pull off using this robotic/human villian. To play him, I think Rocky 4 actor Dolph Lundgren would’ve been good playing the character.

Parasite: Not sure how they would’ve pull this off in the 80s, Parasite can still be a great major threat, making Superman to lose his powers. I think Denzel Washington would’ve been good at playing the character making Parasite a very deadly villian.

Bizarro: Another good villian they might’ve been able to get away with. Superman vs The clone, My pick to play him is Christopher Reeve! I mean why not? Reeve can show off his villianess side like he did in Superman 3.

Well those are my picks, which villians would you guys would’ve like to see had they been in Superman’s films and who would’ve played them in your opinion?

I’ll always tell myself that Superman III was a script rewrite away from having a version of Brainiac as the big bad at the end. I dig the Patrick Stewart casting.

@Reaganfan78. This is off-topic but your post brought back some memories from the mid-eighties when the search was on for an actor to portray The Batman. Back then I always thought Chris Reeve was right for the role. Just think, a tall, lithe “Dark Knight” culling the criminal element from the shadowy streets of Gotham. It kind of stirs up images of Neal Adams and Jim Aparo’s “THE” Batman form a decade earlier. It was obvious the Superman franchise was dead after Superman IV, so why not put a fine actor like Chris into another heroic icon’s tights? Plus, Chris Reeve already had that aristocratic aura about him. He would have made a “smashing” Bruce Wayne.

A bit late to the party here but As I read @Reaganfan78 's picks for who could have played Superman Villains. I stopped on his choice of Robin Williams to Play Mxyzptlk and agree that he would have been great in the role. But perhaps in a “Who Framed Roger Rabbit” sort of way where animation was mixed with live action to pull it off (or like the TV Show “Happy”). 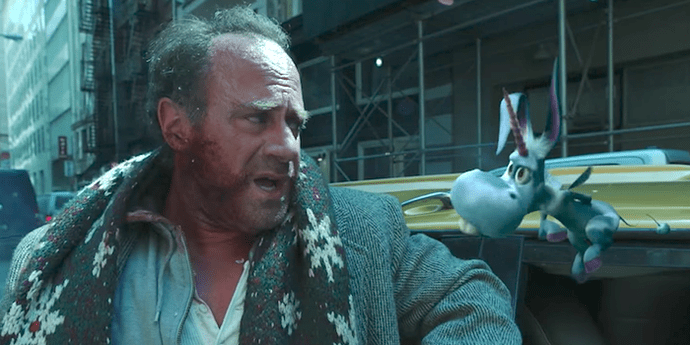