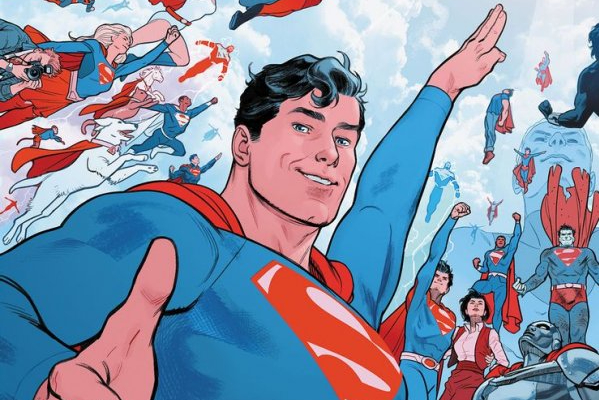 2021 was a pretty good year for DC comics and honestly one of the best since New 52. I’ll just say it right now, I didn’t read Robin, I heard it’s good and if your’e wondering why it didn’t make the list, that’s why. Most of my picks are hidden gems not nearly as advertised, and without further ado, let’s get into the ranking.

Something DC tends to forget is that the type of comic fans will pay an arm and a leg to obtain is the one that jus has the Bat-family goofing off and eating waffles and that comic is Wayne Family Adventures. Every issue is unbelievably wholesome and good in it’s own right. At times it’s hard to believe that DC actually made this, it’s too good to be true. It’s Little Gotham for Adults, how can you not love it? And the book was released for free, great entertainment for a great price.

A while back Mariko Tamaki wrote one of the best stories in Detective Comics 1027, and it got me thinking that she would write a great Batman comic. Turns out my wish was granted with Dark Detective. The book presents a superhero “on the run” story that Incredible Hulk should take notes from. It’s tense, well drawn and inked, and overall well paced. It makes The Peacekeeper good, now that’s an accomplishment.

5 Nightwing
Most people would probably put this first place, but your boy Chimpso ain’t most people. When the plot was first released I thought it could be a strong contender for the best Nightwing run, and what do I think about it now that “Leaping into the Light” has been concluded? It’s pretty good. The art by Bruno Rendondo feels like an excellent combo of Clay Mann’s pencils and the visual flair of Spider-verse. The pacing isn’t anything that special but the characterizations of characters that I adore and the uplifting journey Dick goes through is enough to make me love this one. And while I don’t think this is good enough to be the best of the year that doesn’t I don’t love that one of my favorite characters is back and better than he has been in years.

Since the original Worlds Finest comic ended, writers have refrained from making an ongoing Batman and Superman team up comic fun but Gene Luen Yang’s run doesn’t abide by these rules, because it is fun, it’s real fun. The art is delightful in how innovative it is in ways that both work in the story or just used for visual aesthetic, while also showing off Ivan Reis’ fantastic skills. Gene Luen Yang might be the best writer currently working in the company and knows exactly how to make a comic.

Superman is the face of DC, and one of if not the best character in their catalog, and since Bendis took over I’ve been underwhelmed with nearly every book where the singular title character is Superman, but Red and Blue gives me hope that there will be more Superman comics like it to come even if I’m not fully sure. Batman: Black and White struck me like they weren’t playing with a motif rather saving colored ink, Superman: Red and Blue is all about the color. Many incorporate the red and blue into the stories in many creative ways, whether that be to signify mood, or draw the viewers attention towards a specific thing, or using 15 different shades of either red or blue like the limited colors are some kind of art challenge. You never know what different way the artist is going to use the colors given to them, so it’s interesting to see whether the colors jump off the page or stick to it with realism. Every short story is a love letter to Superman and great in it’s own right. It’s a shining example of who Superman is why he’s still one of the best.

2 Challenge of the Super Sons

In life you have to choices, you read super sons or die sad. After the Super Sons’ two year absence, the boys are back and they feel like they haven’t left. This book is a joy, I cannot go 30 seconds reading this one without smiling once. Every line from Jon and Damian feels natural, like it’s something the character says rather than the writer because Tomasi knows these characters like the back of his hand and better. It’s a miracle how this book stands next to the original series and might possibly surpass it. It’s an endlessly rereadable entertaining quest, supplying everything I wanted in a Super Sons revival.

This is the only book in the list I cannot think of a single negative of. Future State: Catwoman has it all, incredible pacing an easy to follow premise executed greatly, excellent main and supporting characters, everything is fantastic and while I could go on and on about how amazing it is, I’ll keep my conclusion as short as “It’s good”.

Hmm, I had not heard a single thing about Future State Catwoman. If it’s so good though I might check it out. I only read her 1993-2001 series and that had no story for the most part, just T&A.