Sometimes, I’ll receive a commission to work up a chronology for a comic book character that a friend would like to read up on. This morning, I completed one for Isaiah Crockett, a lesser-known Teen Titan better known as Hot Spot. If you watched Season 5 of Teen Titans, or have been following Heroes in Crisis, you may already be familiar with him. But if not, here’s a complete list of his appearances so you can get to know the hottest Titan of all.

Teen Titans (1996) #1-8: Isaiah joins the post-Zero Hour incarnation of the Teen Titans, led by a de-aged Ray Palmer. He takes on the name Joto, Swahili for “Heat”.

The Adventures of Superman #547: Isaiah helps Ray explain to fellow Titan Prysm what a movie is.

Genesis #2: Parademons storm the T-Jet in mid-flight during Darkseid’s campaign against Earth.

Superman (1987) #128: The Teen Titans are assembled along with the rest of Earth’s heroes to stand against Darkseid. Isaiah sees Superman in person for the first time.

Teen Titans (1996) #12-16: A crossover story with the original Teen Titans lineup. Isaiah dies in the battle against Haze, and a funeral is held.

Teen Titans (1996) #21-24: In the final 90’s Teen Titans arc, Isaiah’s body is resurrected by the H’San Natall, an alien slaver race, and his spirit is returned by Prysm.

JLA/Titans #1-3: Titans and Leaguers clash and band together to stop an upcycled Cyborg from destroying the world.

Teen Titans S2E9, “Winner Take All”: Isaiah’s first animated appearance, under the new name of Hot Spot. (His original identity was retired when the animation team learned “Joto” is a Spanish gay slur.)

Teen Titans S5E3, “Trust”: The Teen Titans attempt to save Hot Spot from the Brotherhood of Evil.

Teen Titans S5E11, “Calling All Titans!”: The Hot Spot recovered in “Trust” is revealed as a shapeshifted Madame Rouge.

Teen Titans S5E12, “Titans Together”: The real Hot Spot returns for a climactic showdown against the Brotherhood of Evil.

Teen Titans Go! #17: In this issue of the comic spinoff from the original Teen Titans animated series, Hot Spot gets help learning to control his temper.

52 #21: Isaiah is seen as a Teen Titans member during the gap between Infinite Crisis and One Year Later. He uses the name “Hot Spot” for the first time in comic continuity.

Superman/Batman #32: Hot Spot stands with the rest of Earth’s heroes against the invasion of Despero.

Tales of the Sinestro Corps: Superman-Prime #1: Hot Spot stands with the rest of Earth’s heroes against Superboy Prime.

Teen Titans (2003) #66: Hot Spot is considered and passed over for Teen Titans membership.

Tiny Titans #13, 19, 22, 36: A de-aged Hot Spot appears with the rest of the Tiny Titans in these issues of the award winning children’s comic series.

Sideways #4: Sideways jumps into a fight between Hot Spot and Replicant in downtown Metropolis.

Is there a lesser-known character you’re curious about? Let me know and I may just write up a chronology for you!

Wow!
Thanks for sharing.
I vaguely remember a Marvel character named HotSpot but I don’t recall one at DC. I assumed he was Joto but with a name change. I’ll be taking advantage of this list.

I recently finished Season 1 of Justice League Action on Hulu (WHICH I HOPE GETS ADDED HERE EVENTUALLY).
I loved the quirkiness that the Space Cabbie episodes brought to the show, and was pleasantly surprised to learn that the character originated from somewhere within the printed material.
Any chance for a chronology on our favorite interplanetary chauffeur? 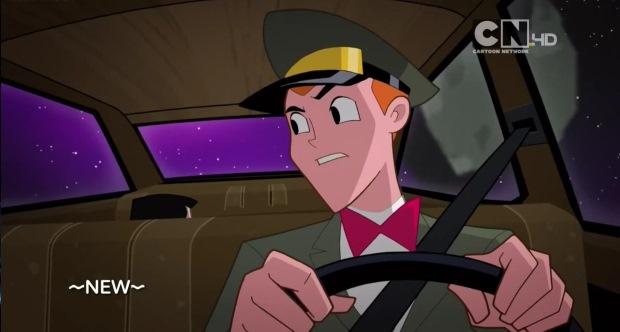