Change My Mind: Superman is a Ticking Time Bomb

He’s the Man of Steel, Tomorrow, and our Big Blue Boy Scout. He’s been saving the day and representing all that is good in the universe for a very long time. But not everyone considers him their savior; take Lex Luthor, for example, he believes that Superman is a danger to us all… that he’s a ticking time bomb, just waiting to destroy everything we know and love. So, is Luthor right about the dangers he presents? Sure, he can save hundreds of lives every day without batting an eye, but have we asked ourselves certain questions that might change our minds about how we view Superman? For instance, what happens when he throws a tantrum or refuses to follow the rules? A simple tantrum can cause massive destruction to anything remotely near Supes - if it happens in a crowded area, what then? He already swoops in to save the day, using his own judgment as the ultimate source of truth. How long before those ideals become warped?

I think we’ve already heard about the Injustice and Red Son storylines, so maybe Lex is onto something when he claims Superman is a danger to us all. Maybe the Supes we know and love is a future menace flying around, collecting worshippers out of the people of Earth. What if, one day, he decides to do something we don’t like? How do we oppose him and his followers?

So, should he really be allowed to go unchecked? I think not. Change my mind.

@Vroom @BatJamags: You two mentioned Superman in the last Change My Mind thread!

As for the query in question, Superman’s hunky-dory.

I mean, what’s to worry from someone who could obliterate any army and/or weapon on the Earth, whilst making every country his, his own, his…precious?

That’s right, no worries at all!

Trust the god-like alien that looks and sounds human, and everything will come up Ducky!

I think he’s fine to be left alone. Though, if he does go rogue a plan to bring him down, a la Batman, is a good thing to have.

And it’s very nice of him to let you

No I don’t think Superman is a ticking time bomb, unless we’re talking about a red Kryptonite from Smallville.
Superman is a hero on the light side, a hero of hope, someone we can look up to as a role model.
Superman would never… 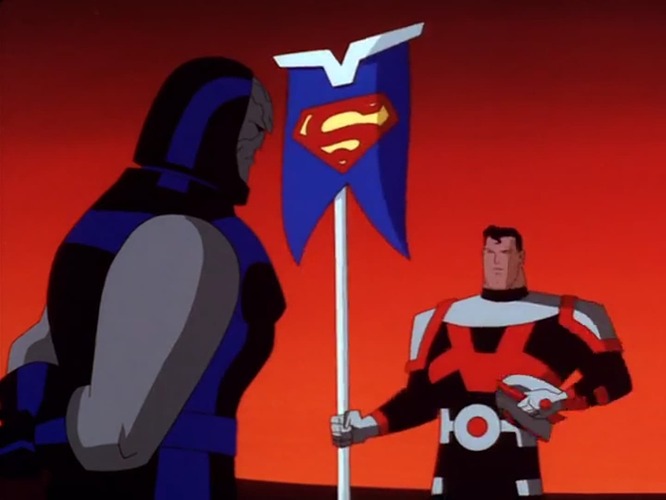 Um ok, I see your point, Let’s just hope for the best that he doesn’t get brain wash or get effected by the red or any Kryptonite.
He can overcome the evilness for good.

Do not worry. I would bring good Clark back.

A spa day alongside Renee, Rucka-style?

I think the better answer is that Lois needs to be wrapped in bubble wrap, or have one of those human hamster ball things. If the pattern proves it, anytime Superman is evil or more aggressive, Lois is either dead or not there. For the sake of this universe, Lois is a precious cinnamon roll that must be protected, even if it’s by Superman.

The Injustice Series has a great idea that “Everyone is just one bad day away from being someone they don’t recognize.” (I don’t remember the exact quote, but I know something similar was said.) And I’ve always loved that idea.

However, I think Superman will always be on the side of good. As long as he has something to say about it. Barring mind control or whatever else, I don’t think there is anything to worry about.

Besides, I’m sure Batman has a contingency plan in place. That’s all we really need anyway.

Well we’ll juuust have to see what happens next! I have a few more written up that I want to publish first for now!

Though, if he does go rogue a plan to bring him down, a la Batman, is a good thing to have.

Let’s just hope for the best

What about when hoping for the best is no longer an option? Lex and I believe humanity can’t stand for such a question to go unanswered.

Lois is a precious cinnamon roll that must be protected

Sooo… what happens when Lois inevitably dies, as a human would? What does a Kryptonian’s sadness look like, especially when the thing that has sustained its very being is now gone?

However, I think Superman will always be on the side of good

Your love for Superman is respectable. Batman better not fail, huh?

I don’t think we want to know or see that…

Lois is a precious cinnamon roll

Funny you say that, as I’ve long held the belief that Lois has the aura of warm, fresh from the oven, cookies about her.

Superman clearly has an affinity for baked goods, and that’s most definitely

As a Gotham-born Kryptonian, Superman and I are pals (I keep him up to date on a certain vigilante

In fact, he came over for Saturday Scones and Solitaire this past…well, Saturday, and oh, we had fun!

Kryptonians know a good time, let me tell you.

We’re being influenced by Lex Luthor now? If Lex is an example of the old idiom “Absolute power corrupts absolutely”, Clark Kent is the antithesis to that. If it’s world domination or destruction he wanted, he could have had that at any time during his 80 years of existence. Instead, right at this very moment he is in one of his least powerful states, and is on another world helping to free them from slavery. The man has proven himself time and time again, and continues to do so.

Why do we trust our police officers, our military, or our political leaders with their power, despite the occasional blunders? Call me an optimist, but I like to think it’s our basic belief in innate human goodness. The goodness that Superman sees in us and inspired him to be the hero that he is.

“No, no. Now, you listen to me. When you first came to us, we thought people would come and take you away because, when they found out, you know, the things you could do… and that worried us a lot. But then a man gets older, and he starts thinking differently and things get very clear. And one thing I do know, son, and that is you are here for a reason. I don’t know whose reason, or whatever the reason is… Maybe it’s because… uh… I don’t know. But I do know one thing. It’s not to score touchdowns.”

“They can be a great people, Kal-El, they wish to be. They only lack the light to show the way. For this reason above all, their capacity for good, I have sent them you… my only son.”

Clark Kent/Kal-El is a good guy, the best of us, through and through.

I’m tired of the Superman goes rogue trope. He was raised right. He may get depressed, but in the end, he understands that people need autonomy. 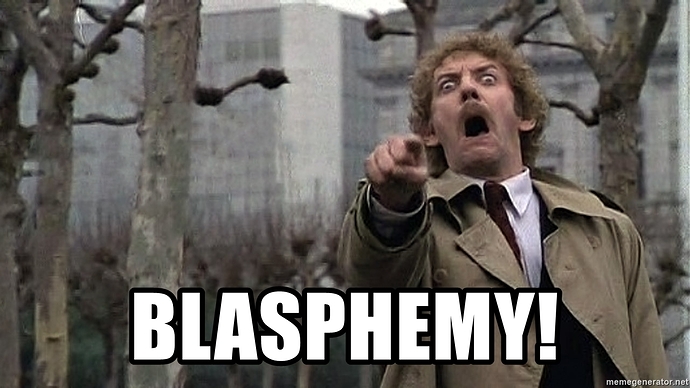