Black Adam, we all know him, but only some of us love him. Why is that, you ask? Well maybe because we always see him clobbering our good friends at the Justice League and gunning for a child, Billy Batson. However, we should remember that he was the one to free his fellow Khandaqians from an oppressive regime. Of course, he then took power to ensure the safety of his people only to have the great wizard Shazam imprison him for eternity (ha, joke’s on him)! If Shazam put more faith in Black Adam, instead of assuming he had been corrupted by Blaze, he would have given him a chance and allowed him to rule rather than unleashing such a harsh punishment upon him. I think that would make anyone angry, and so it did… poor guy… he’s just severely misunderstood! If he’s so bad, why would he be allowed into the JSA?

I mean, in Black Adam: The Dark Age, he even saves the lives of the doctors who looked after him, making it clear he wanted to protect those who protected him. Sure, he killed the assassins trying to take their lives, but maybe with a little therapy he’ll stop the insane violence. (Also see above how he’s so kindly allowing the Marvel Family to alleviate their stress by using him as a punching bag

So, with that, I think we can all agree… Black Adam is secretly a nice guy! Change my mind.

Sorry to disagree with you, a guy with a pointing ears that flys around wearing black sounds like a villain! Anytime I see him, he acts like a villain.
Tell you what, @LastSon0fMars, if you or @HubCityQuestion tell me that General Zod is finally a good guy, then I’ll change my mind. For now I see Black Adam as a villain.

However, we should remember that he was the one to free his fellow Khandaqians from an oppressive regime

By slaughtering hordes of his own people. Then when they were attacked by the Spectre he selfishly chased away help from the Justice Society because he has to be the hero (Black Vengeance storyline).

he then took power to ensure the safety of his people

Again he kills them and chases away help. Whether he admits it or not Adam is merely an aspiring benevolent dictator.

And then The Justice Society did give him a chance. He threw it away and went back to his old ways (JSA #45).

If he’s so bad, why would he be allowed into the JSA?

Because Sandman is so forgiving, and if anybody could pull it off it is them especially once they gained Hawkman. In addition at the time they were not in a good condition to gain somebody as powerful as him and at the time willing to change himself. The problem is fighting Kobra was very hard on him and brought back the crueler side of him.

to protect those who protected him

This reminds me of Veggietales’s “The Star of Christmas.” It is not about helping those who help you and give you stuff. It is about doing it when there is nothing in it for you, and he is very fine with letting many people die if it meant getting Kobra.

Sandman tried that. If a man who spent decades as a monster cannot reach him nobody can.

See Black Reign where he decided child torture is the way to go (but only after he removes their powers).

Bad wording. “Nice” should be replaced with “good.” If he is a hero Black Adam is certainly not a “nice” one, but “good” one is a very valid argument.

Black Adam in the golden age seem misunderstood. You imagine spending 5000 years traveling in deep space does to a man’s psyche. Honestly Black Adam could have been a benevolent ruler in those days with kings and Pharoahs. If it weren’t for that darn wizard.

Zod is a pretty good comparison point in that in both Black Adam and Zod’s minds, they are not the villains, and just doing right by their people. Adam for Kahndaq, and Zod for Krypton. But the way they go about accomplishing their goals is often villainous.

Black Adam is a much more successful version of Zod.

I dunno, usually when you have people who want to rule over a group of people with an iron fist, it has little to do with the actual care and love for the people, but rather a love and needs for control and adoration. Same goes for DC characters like General Zod and Sinestro, Marvel characters like Doctor Doom and…well, basically any despot in human history.

In general: Dictators are not really good people. Shocking hot take, I know.

That said, I will agree with the poll about needing therapy in the sense that I think pretty much everyone needs therapy. Adam could benefit from therapy, just…maybe while he’s not grinding the people of Khandaq under his foot.

From what I’ve read, and admittedly it’s very little, he can go either way. That’s why “I’m on the fence about him” is a good description for me. I think that’s what’s made him kinda fun to read. Then again, I’m not familiar with the pure villain stories that folks have referenced here. Maybe if I read those, I would feel differently.

Zod is a pretty good comparison point in that in both Black Adam and Zod’s minds, they are not the villains, and just doing right by their people. Adam for Kahndaq, and Zod for Krypton. But the way they go about accomplishing their goals is often villainous.

In a strange way, Black Adam might actually be less of a evil tyrant than even Zod. See while Zod might have net positive for benefit his people when they grow up under a yellow sun. He will also likely kill Kyptonians like Kal-el who will challenge his authority. Besides Kyptonians in fear of their powerful ruler, Zod also looks to subjugate other species as well. Dude is a sadistic ruler with galactic domination ambition.

Meanwhile if you look at the most villainous Black Adam, despite shown to be a arrogant man who is also a angry man. From what is present he has a bloodlust against only those he considers his enemies which is usually the Shazam family, but also those like Superman who would pose a threat to him when they challenge him. His actual “rule” is ambivalence towards those he see as less than him which is pretty much everyone else who are like ants to him. 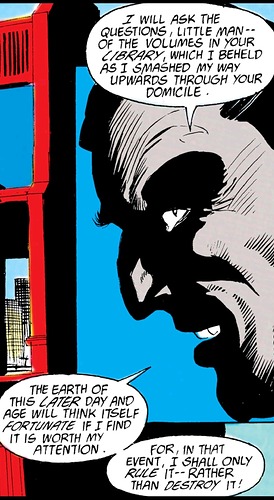 I mentioned how this guy spent centuries alone in space and that’s how classic Black Adam would be if he took over earth. Just a angry lonely man who rules a planet in fear but minimal influence. I don’t see classic Black Adam having care for expanding his rule to other planets. He seen enough of space as it is.

Black adam is manray and the heroes are spongebob and Patrick. Watch mermaid man and barnicleboy 3 to see what im talking about. 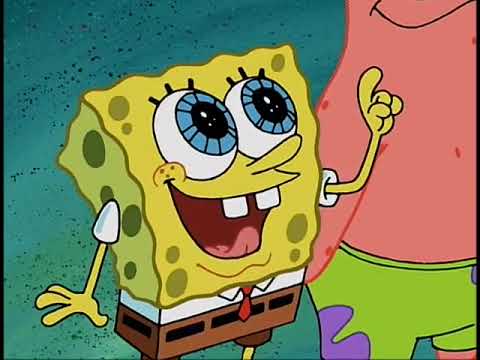