so I just seen a animated movie that nightwing and batwoman grew up together and that he had a crush on her so what the chances of him showing up in the batwoman cw series? Or is it a different version where batwoman doesn’t know him?

I think it’s unlikely we’ll see Dick Grayson show up on Batwoman, but if CW wants to give Kate a sidekick of her own I think it would be cool to introduce the Carrie Kelley Robin. 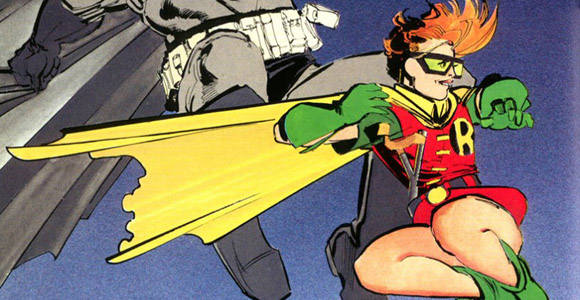 I wouod oove Kelly female Robin, it wil probably happen since CW is trying to make this a powerhouse women show

Someone was watching Bad blood with taylor swift!

@awesome squid I believe it was batman bad blood