We at DC would like to take time to focus on, and celebrate our comic community’s favorite African American creators.

Is there a particular writer or artist whose style leaves you thinking about their work long after the story’s finished? Or one whose work inspires your own?

When sharing, you’re more than welcome to mention those who’ve worked with DC, of course, but there’s no need to stop there. We’re celebrating comic book creators regardless of company association, so any you’d like to mention and discuss the work of are welcome!

Dwayne McDuffie is a favorite of mine. From Milestone, to the DCAU, back to comics and then the movie adaptation of All-Star Superman, the man did no wrong.

Kevin Grevioux is a favorite as well. He voiced Black Beetle on Young Justice (and yes, that’s his real voice, it’s not modified in any way) and has written comics for DC and Marvel. His most recent DC work was The Odyssey of the Amazons, an enjoyable fantasy tale.

I’ll also give Shaq a spotlight. Sure, Steel was a dopey (but fun) movie, but Shaq’s charisma added more to the proceedings than there would have been otherwise and gave the movie a bit more meat on its entertainment bones.

Kyle Baker, his work on Plastic Man was fantastic. Also, the Wednesday Comics Hawkman, Why I Hate Saturn, The Shadow and so forth.

The name that immediately sprang to my mind was Christopher Priest. I’ll also give a nod to E.C. Stoner, a Golden Age artist who worked on the very first issue of Detective Comics and who co-created the Planters mascot Mr. Peanut.

The first person that came to mind was Dwayne McDuffie. Static Shock really grew on me (despite initially viewing him as a one off of my hero Black Lightning), and McDuffie’s Justice League Unlimited was an all time favorite (I was partial to John Stewart because in his backstory he was a USMC Veteran). 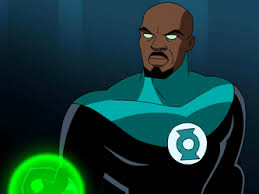 Seeing Young Justice really brought me full circle with Black Lightning and Static Shock. This prompted me to find more of this man’s work. I was impressed by his range and scope of work and shocked and saddened to discover he passed away nearly a decade ago. Thank you for your contributions to our Universe. It’s great to see your legacy being built upon. 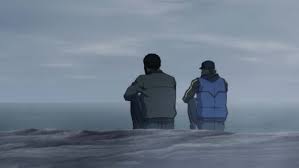 I would also like to give a shout-out to Echo Kellum. I have been a long time fan of Justice League of America. My first comic book death (and he stayed dead) was Mr. Terrific.

I always seemed to have a hard time with that.
But the mantle was passed to Michael (Curtis) Holt. His origin story, I believe, is one of the best torch passing stories, I’ve ever read. The Origin of the second Mr. Terrific. Thank you Echo Kellum for bringing a great hero back to life. 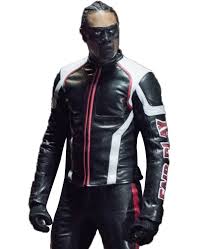 Gotta give a shoutout to Denys Cowan, the man behind the incredibly iconic art of The Question. 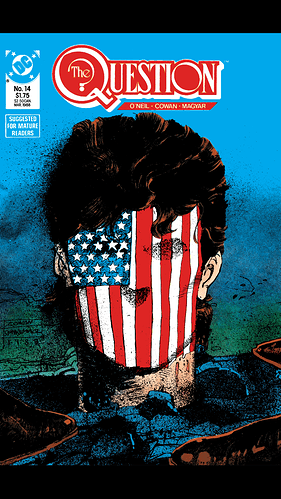 Trevor Von Eden for me. His artwork on Black Lightning was fantastic.

Olivier Coipel. I really love his cover work, especially his Batman ones, and his work on “The Car” from Action Comics #1000 was a big reason why that was my favorite story from such a landmark issue

Dwayne McDuffie. Although already mentioned, I’m not picking somebody else just b/c, when he’s far & away one of my favorite writers, owners & renaissance men. He brought Static Shock to television, wrote an insane amount of JL movies, episodes, YJ, every time I watch JL & JLU I’m amazed at how many times an episode ends & his name pops on the screen. Plus, he grew up reading comics & noticed he couldn’t find any that represented him. So all he did was start Milestone & hire his friends that grew up feeling the same way. Then went on to become a legend. Rest In Peace. There’s a great documentary about him, that I’d recommend everybody who’s a DC, or just a fan of great writing/overcoming obstacles watch. Robert Kirkman’s Secret history of Comics. All DC episodes are amazing. Dwayne McDuffies is one of the best. Also JL Doom extras Blu Ray a league of one, smaller Documentary also great.

Words can’t describe how much Dwayne McDuffie as both a creator and a person meant to me.

I might add more, but for now, I’ll share two of my personal picks:
While I’ve not yet had the good fortune to finish reading it, yet, I’m already loving Jamal Campbell’s artwork in Naomi (which was added to the service on January 28th, by the way!), so he’s definitely deserving of a shout out. Likewise, I’ve mentioned in some of my other posts that I quite like the series named, Black, by Kwanza Osajyefo and Tim Smith, so I can’t help but mention its illustrator, Jamal Igle, too! 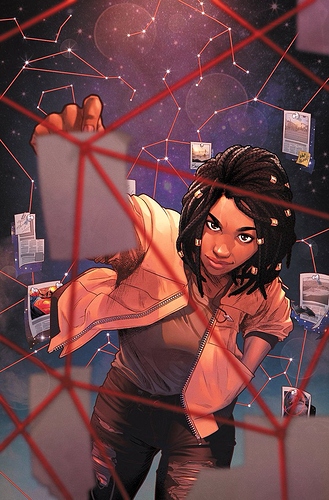 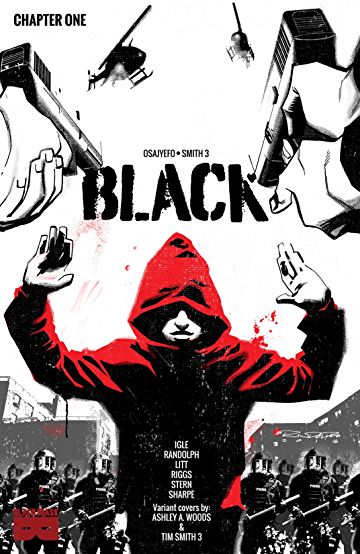 I don’t always know the racial heritage of the people who create the comics I read. There are two or three listed here I did not know were African-American until I read this.

In a tiny way, I confess to being a bit sad about being informed. That is not to say that my opinion about their work has changed in any way, but being completely ignorant, my opinions were more purely about the work on the page. There wasn’t any possible fraction of my opinions that were centered around the creator’s identity. They didn’t make me like their work more and they didn’t make me like their work less. I couldn’t because I didn’t know. Now I do.

All that aside, these are great lists of creators. I should have led with that.

Some other great creators are Ron Wilson who set the standard for for years for the Thing in Marvel Two-in-One, Keith Pollard on Fantastic Four, Thor, & others, and Billy Graham who did outstanding work on Black Panther in Jungle Action.

I also agree that Dwayne McDuffie was a giant! Incredibly intelligent and a great writer and editor. His loss was a blow to the entire comic and animation industries.

He’s been mentioned multiple times but I have to put Dwayne McDuffie out there again. I really think he was a modern master of the art form.

I found that to be a neat tip of the hat to what came before, both at the time his run began in 2007 and in the subsequent years since then.

Brad Meltzer, Len Wein and James Robinson were the other writers on that book, and while they’re all fantastically talented and wrote good stories for the series, I think McDuffie blew them away. The essence of JLU carried over perfectly to his work on Justice League of America, a run which still holds up very well today.

The name that immediately sprang to my mind was Christopher Priest.

Christopher Priest is who came to mind for me, as well. I don’t think we would have Black Panther as we know him today without Priest. 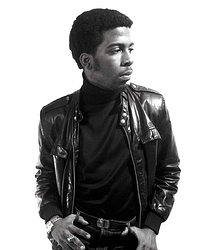 Much love to the Afro-Latino, Felipe Smith. He is an American comic book writer and artist of Jamaican and Argentine descent. He created Robbie Reyes. My family and I love the character because he is from East LA, and he had a very relatable narrative. Thank you for being a creator. [×]

For those who haven’t seen it, Christopher Priest (as James Owsley) wrote some of the most innovative Green Lantern stories around. Almost all of it was swept away, but it’s interesting to think about how a Green Lantern franchise might have evolved with no rings or Guardians.

I think Dwayne McDuffie is pretty much a given for me, but I want to show some respect for Ken Lashley as well. Ken’s artistry is absolutely amazing. He has become one of my favorite artists.

my favorite Black creator is Dwayne McDuffie he created my favorite hero Static, but i also would like to add Denys Cowan, and Christopher Priest I might be missing some others but as a Black man myself i kinda flock towards black creators i’ll just say the black men who created milestone