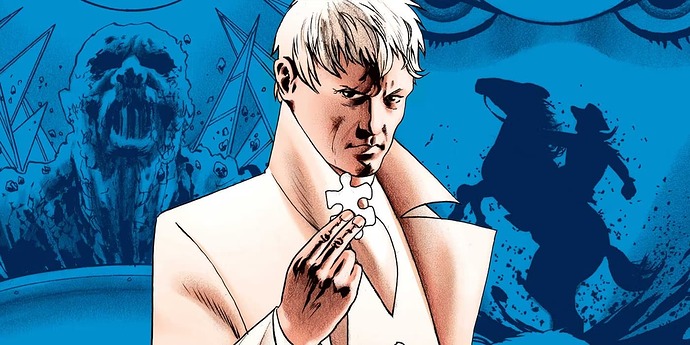 While we all enjoy mainstream superhero comics, which offer a wealth of fantastic storytelling, we also enjoy comics that are off the beaten path, new and different and tremendously creative and imaginative.

Comics such as those simply do not get better than Planetary, writer Warren Ellis and artist John Cassaday’s seminal, evergreen, multi-genre epic that focuses on the adventures of the archaeologists of the impossible: Jakita Wagner, The Drummer and Elijah Snow.

From superheroes to pulp heroes, giant monsters and beyond, Planetary literally has something for anyone who enjoys good comics.

If Planetary is brand-new to you, you can check out the full series right here: 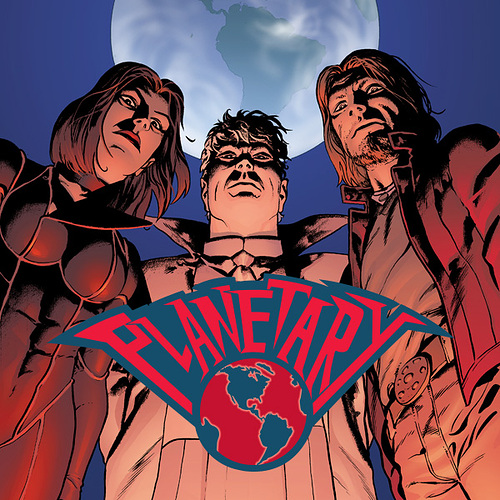 What happens when archeology meets parapsychology? Meet the Planetary, a new team exploring all forms of the unknown!

One-shots that compliment the ongoing series: 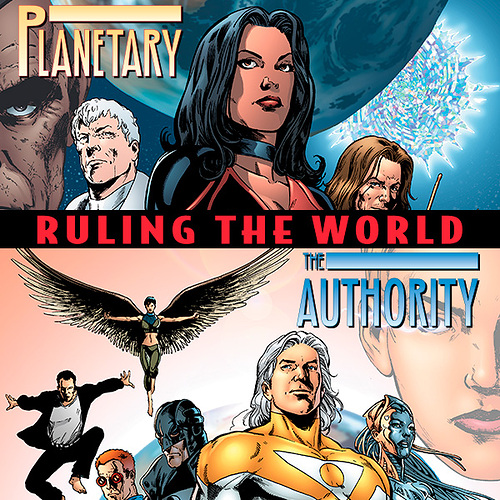 When a supercomputer threatens to destroy the world, the Authority and Planetary must join forces to avert catastrophe. 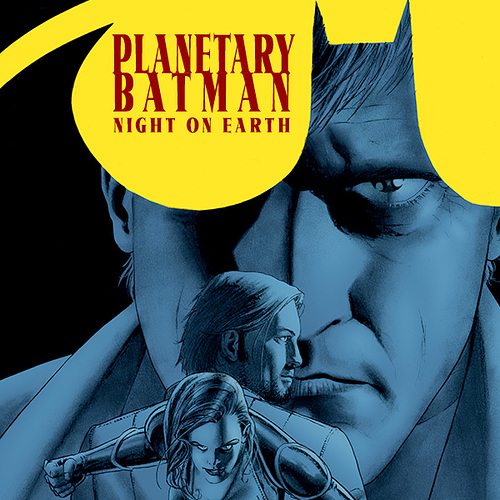 The archaeologists of the unknown come to Gotham. Planetary's Elijah Snow, Jakita Wagner, and the Drummer track a man responsible for several grotesque... 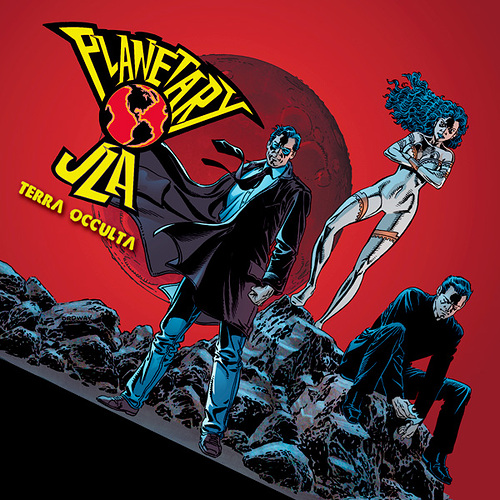 They are archaeologists of the impossible—tracking down evidence of a vast array of super-human activity that the world never knew of. They are Planetary,...

Be brave and bold and step outside your comfort zone to try something new and magical, something…wild. I guarantee you’ll love Planetary.

Planetary was very much a long and loving farewell to the 20th Century and the icons of its fantastic fiction. While it followed a larger narrative, each story was a standalone that could be enjoyed entirely on its own.

Whether your bag is kaiju, Cold War science fiction, 90’s Vertigo comics, the Lone Ranger, or so, so much more, there’s a Planetary story for you.

Whether your bag is kaiju, Cold War science fiction, 90’s Vertigo comics, the Lone Ranger, or so, so much more, there’s a Planetary story for you.

One of the many magical things about Planetary is that it literally is a comic for anyone, no matter their comic/entertainment tastes, whether they’re brand-new to comics or are an experienced fan, etc., etc. Anyone can jump in and just go with the flow of the piece, easy-peasy.

Also, the covers for Planetary are just beautiful. Its not hyperbole to say that some of them deserve to be in museums alongside other beautiful pieces or art, because they absolutely do deserve that level of recognition and respect, and not just from the comic fan community, but from the greater art world as well.

John Cassaday’s lines are just so darn clean! With all due respect to Jerry Ordway, it’s a jarringly noticeable change when Cassaday’s not available to do the art in Planetary/JLA.

I can’t begin to convey how obsessed I was with this book when it was coming out. For me, it was the perfect comic.

I came to be a fan of Cassaday through his and Joss Whedon’s run on Astonishing X-Men (still the best modern X-book that wasn’t written by Grant Morrison), and I just fell in love with his art. Like you said, the lines are impeccably clean, and the package as a whole just pops off the page.

When I discovered Planetary years and years ago, and saw Cassaday was the artist, I was more excited than words could convey (and I’m good with words), and I just dove into the series and loved every page of it.

For me, it was the perfect comic.

Planetary is one of my top 3 perfect WildStorm books, with the other two being:

Like Planetary, those two delve into the weird and wonderful and are triumphantly creative and entertaining thrill rides from beginning to end.

Unlike those two however, Planetary fits into so many different genres and is brobdingnagian in its grandeur of how it can be the book you want at any given time.

If a Planetary adaptation should ever come along, I would hope its a TV series. While a movie would be cool, a TV series could more accurately reflect the various genres found in the comic and do a better job at representing the overflowing creativity of the comic than a 2 hour (give or take) movie could.

Still my favorite Ellis book, and honestly, I feel almost all of the other stuff I’ve read by him is trying to redo or draft it. Especially Injection.

What, you didn’t like his run on Astonishing X-Men?

As for my favorite Ellis book…

sits back and thinks

…its a toss-up between Planetary and Transmetropolitan (my #1 favorite Vertigo title).

Planetary is wildly creative and just embraces everything that makes comic books the wonderfully unique, stunningly amazing and valuable beyond words entertainment medium they are.

Transmet OTOH…that’s a bitingly glorious and wonderfully mean (towards those that deserve a little mean thrown their way, FYI

As someone with experience in the journalism field, I’ve often thought similar to how Spider Jerusalem does, however I would most certainly NOT go to the extremes he does (nor would most people, I bet). Its fun to read about a fictional character such as Spider, but that’s where I draw the line.

No, didn’t really like his AXM. I did enjoy his Secret Avengers, particularly the Black Widow issue.

I probably would hate Transmet, given how much I dislike the British Invasion issue of Planetary.

I did enjoy his Secret Avengers

I probably would hate Transmet, given how much I dislike the British Invasion issue of Planetary.

Well, you like Planetary, so that excuses the other stuff.

Do you think Ellis could write optimistically enough to write the Fantastic Four as heros, or does he truly see them as villains as they are here?

He probably could write them optimistically, but would he want to? That’s the sizzle of the query steak, I find.

does he truly see them as villains as they are here?

IDK if he sees them as villains. Its like the “Heroes” episode of Batman Beyond (S1, E8 for any who haven’t seen it), where the Terrific Trio starts out as heroes, and then become villains only to…well, I don’t want to spoil too much, but its very much an alternate take on the FF, to put it mildly.

How the Terrific Trio are portrayed is how I think Ellis would handle the FF, while his Planetary POV is a smidge different.

Interesting. I dunno. It’s like Garth Ennis and superheros. He CAN write them well. He just hates em too much to do it very often.

Now I’m wondering what the Earth-2 take on Planetary is like…since it was written by Garth Ennis o’er yonder.

arth Ennis and superheros. He CAN write them well. He just hates em too much to do it very often.

Garth Ennis’s Batman: Reptrilion has one of the better caratorizations of Batman in recent years

I dunno. I haven’t read the whole thing, but it definitely wasn’t a Batman I enjoyed reading.

Ellis was writer for Ultimate Fantastic Four for a year, so, Ultimate universe notwithstanding, I’m pretty sure he didn’t write them as cynically as he did the Four.

“Hello, Megan!”, that’s where I knew he wrote Fantastic Four (of a sort) from!

I couldn’t remember, and I was too busy with work to diddle around on Google or elsewhere to refresh my memory, so thank you for mentioning it.

SN: I bloody well ought to have known he wrote UFF, as I read the title for a good long while as it came out in singles.

Planetary is one of those books I consider to be very special and personal. I heard about it in Wizard Magazine, mostly for the references to other comics. I found the first trade and went through it page by page. I was surprised with how much I was enjoying it. I came for the pastiches, but I stayed for the overall story. I was genuinely surprised when they revealed the fourth man.

I also credit Planetary for getting me immersed in pulp heroes again, for getting me to read more novels and discovering the Wold Newton Universe. It started with the Axel Brass character, which I knew was a take on Doc Savage. I knew the bare minimum about Doc, but Planetary made me want to read his stories. This lead me to looking up his other books and ordering some. This also lead me to the Wold Newton Universe. If you don’t know, writer PJ Farmer had this fun idea taking a real life event (the Wold Newton Meteorite), and using that to link various literary characters; some through family relations, some through crossovers, etc. Thanks to all the branches in theory, I rediscovered some old favorite pulp characters while learning about some new ones. I bought both classic novels and crossover novels…it should be noted at this time I was mostly reading comics, so this was a way to ease me back into novels.

All this because of Planetary