Show some pics when you got em! I got two Spoilers one to stay in the box, one to pose!

Thanks for this awesome reply.

I want a StephBats figure badly, but I’m not going to pay $130 for one.

Good plan. To relate, I wanted DC Direct’s Kate Kane Batwoman (from the one and only series of their 52 line) for a long time, but she was too expensive for me, so I held off.

In the years since DCD’s Batwoman debuted, Mattel released two figures of her (4-inch, in their Infinite Heroes line and 6-inch, in their DC Multiverse line), while Jada Toys released a die-cast mini-figure of her and Spin Master has released two versions of Kate in their 4-inch Batman line. Suffice to say, my itch for Ms. Kane’s alter-ego in plastic has been scratched.

Of course, the demand for DCD’s Batwoman has gone down in the time since the subsequent Batwoman figures came out. I’d still like to get the DCD piece some day, but I can also take my time, especially as prices for her continue to drop.

Today I’m having the Spoiler figure delivered, and I’m totally stoked about that. That thing looks like a beauty.

She is a beaut, and then some. Definitely a highlight of the latter portion of Mattel’s 6-inch Multiverse line, as was the Rebirth Harley Quinn figure that came out with her.

I got two Spoilers one to stay in the box, one to pose!

Any company that makes Steph figures in the future is going to make bank off of you, as I bet you’ll always buy at least two of each of whatever they release.

Which is perfectly fine, because Rao knows I’ve bought my share of duplicates for the same reasons you bought two of Mattel’s Steph.

Any company that makes Steph figures in the future is going to make bank off of you, as I bet you’ll always buy at least two of each of whatever they release.

Which is perfectly fine, because Rao knows I’ve bought my share of duplicates for the same reasons you bought two of Mattel’s Steph.

I mean, I have to be able to justify it to myself. So if they make an ame-comi thingy or one of the bishojo statuettes that sell for over 100 dollars…I don’t think I can justify two of them. But I will think LONG AND HARD ABOUT IT.

Funky Flashman would tell you “Don’t think, just buy it!”

@DC89 i am right there with you about not knowing about this thread! Thanks @Vroom for the links. It helps a lot. 30 years of Steph. That’s amazing

all members of the bat family are close to my heart. I’m very happy to see Stephanie Brown celebrate 30

As Batman, I can say they are all close to my batheart too.

My Spoiler figure came in. Wow, this is incredible. Steph looks great. She now graces my desk! 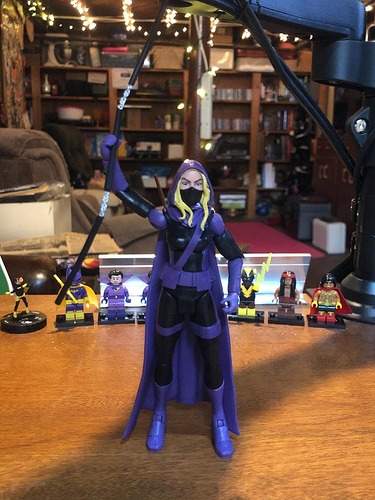 Beautiful! Such a great figure!

Thanks @Vroom for the links. It helps a lot.

Such a great figure!

She is. Not to **** in her punch bowl, but while I very much like Rebirth Spoiler, I do admittedly like the Harley Quinn that came out with her just a smidge more.

Whyso? I admit, I mostly only collect for Steph, so I didn’t pay attention to Harley. 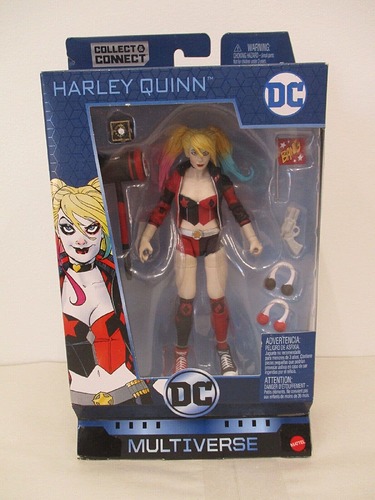 Besides being a shining representation of Amanda Conner’s Harley, she includes her trusty mallet, a revolver, a “bang!” piece that fits in said revolver, shoe balls and a Mother Box that goes to the Collect and Connect Lex Luthor seen on the back of her (and Steph’s, natch) box: 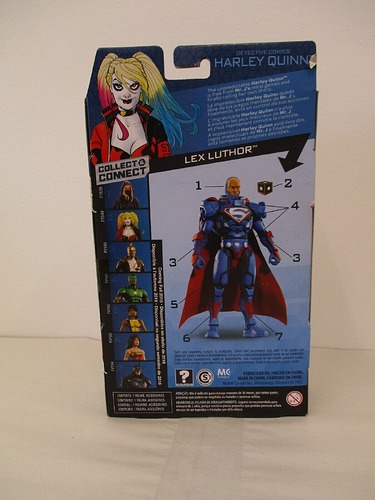 Knowing Harley, she’d sooner hang onto the Mother Box instead of give it to Lex.

“Screw you, chrome dome!”, she’d say. “This Apokoliptian googah is mine!”

SN: The Simon Baz GL seen on the back of the Luthor wave boxes was not released, unfortunately.

Are those different colored headphones?

She is a good soldier.

She is part of the legend! 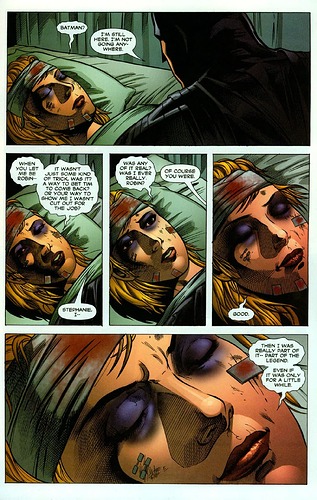 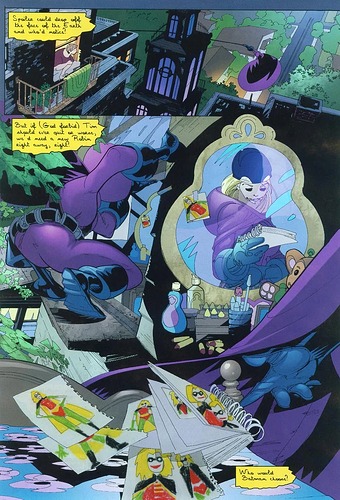 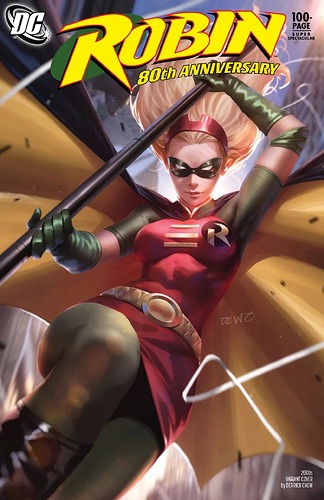 Are those different colored headphones?

Nah. They’re fuzzy balls that can be put around Harley’s ankles, so as to recreate the fuzzy balls she wears above her shoes.

Now that you mention it though, they do look like headphones.

That conversation between Steph and Bruce kills me when I read it. Every time. I’m all teary-eyed once again!

where did you get the figure ? and what brand

Me too. When I post about Steph as Robin on tumblr, I always tag it “Part of the legend” because I still think of her that way.