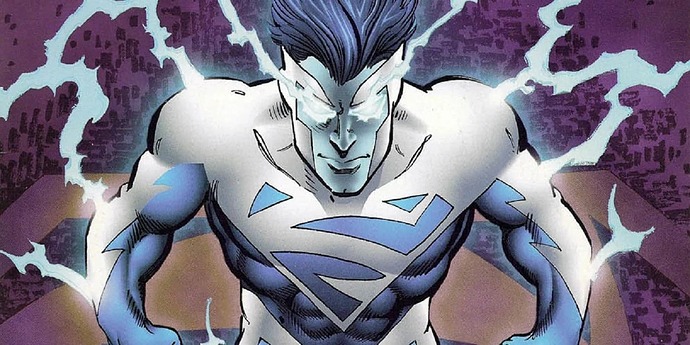 Greetings and Happy Friday @ModernAgeSupermanClub, and all other fans of high-flying, superheroic fashion!

Celebrate a quarter century of the adventure that led to this change in Earth’s Greatest Hero’s attire by checking out the 5-part tale below: 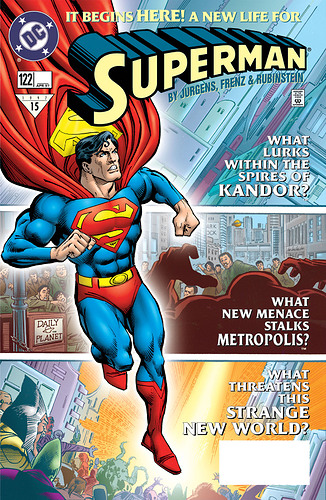 What caused the rebellious young prince of Kandor to phase out of the bottle city? What kind of trouble can befall an entire city whose population is... 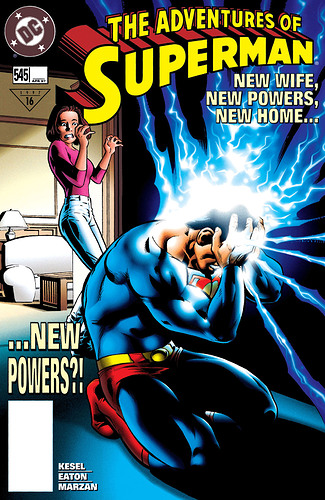 The Atomic Skull has returned to menace Metropolis! What's he after? Plus, something's made Superman completely and utterly phantom-like! He's falling... 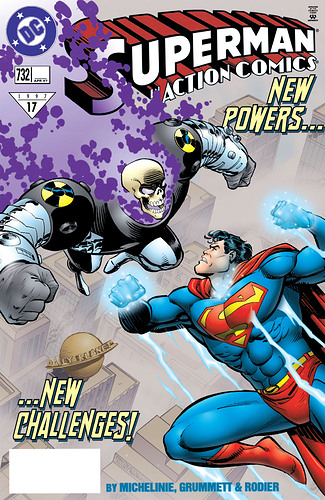 The Atomic Skull continues his mad rampage through Metropolis! If he weren’t capable of enough destruction, a Kandorian prince with bizarre superpowers has... 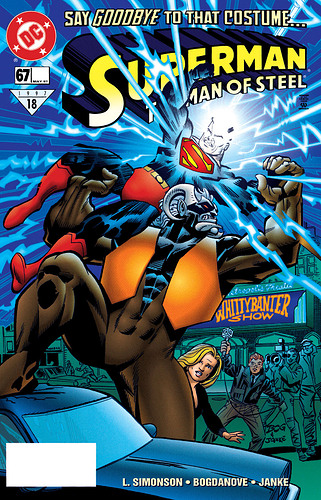 Superman: The Man of Steel #67

In the prequel to the New Powers storyline, Superman is manifesting bizarre new abilities! An emissary from Kandor arrives and causes chaos throughout... 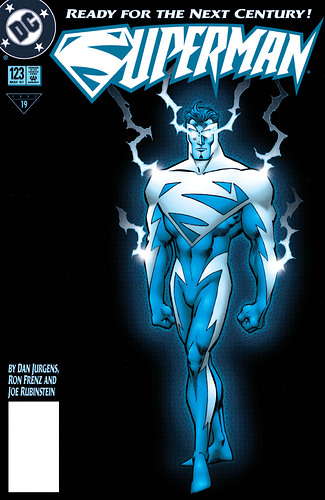 Superman receives a new costume with a new symbol on his chest to go along with his strange new powers. But the costume comes from more than one source. Who...

Things to energetically chit-chat about:

Have you read this story, or was it new to you?

What do you think of Superman’s snazzy new outfit?

Anything else that comes to mind regarding this suit and period of the Triangle Era.

That’s the high-flying adventure for this week! Enjoy,

Neat – never read this story before, so it should be interesting to see if it’s worth all the flak it gets.

it should be interesting to see if it’s worth all the flak it gets.

In my four eyes, it doesn’t deserve nearly the amount of

I think most people just roll their eyes at the suit and say “Pass!”, instead of being open-minded and giving something new a chance before passing judgment on it.

I’ve loved the suit since I first read about it in an issue of Starlog in 1997. An issue where, if memory serves, Bruce Timm said (with regards to its chances of appearing in STAS) something to the effect of “Whatever they do in the comics, our Superman will still wear the classic suit.”

I’d really love to see a DCAU take on Superman Blue. I bet it’d be snazzy.

I didn’t read all of the Blue (and Red, more on that in the weeks ahead) stuff until around 2006/'07, as I yoinked all of it from back issue bins.

That was (and remains) one of the absolute best back issue hunts I’ve ever gone on.

I dug the cover featuring this costume on World’s Finest. 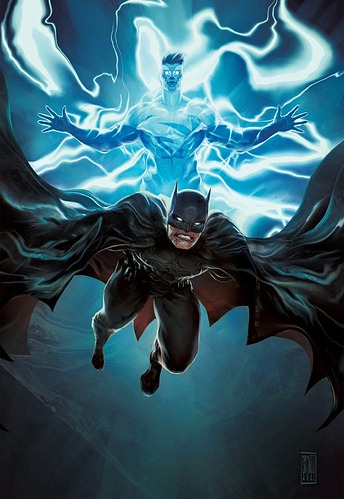 I dug the cover featuring this costume on World’s Finest. 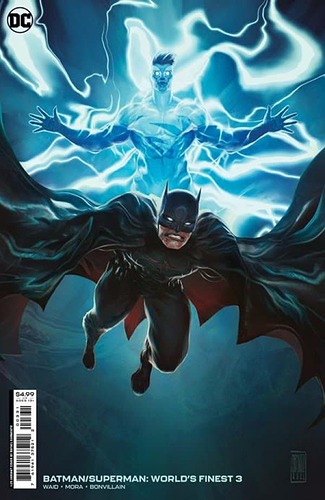 But…I’ll be buying World’s Finest in trade (along with the singles, natch), so I figured I’d get it there and save the $15 at the comic shop for something else.

Jinx! You owe me a Soder!

Fine. I’ll get ya a Cheerwine and a burger when you’re out my way. This place about five minutes away. Grass-fed mom and pop place with NEHI (Google).

I’ll get ya a Cheerwine and a burger when you’re out my way.

Meanwhile, look at these: 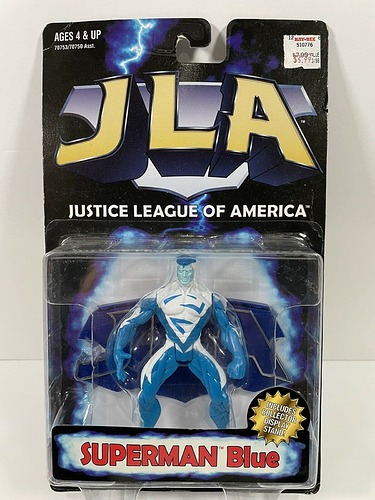 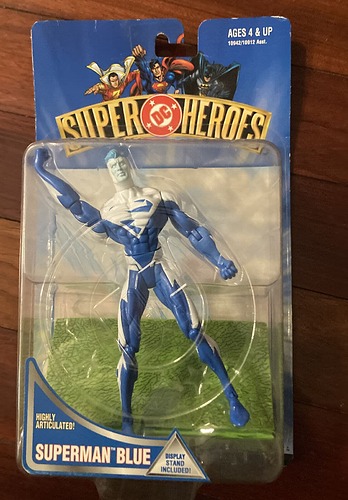 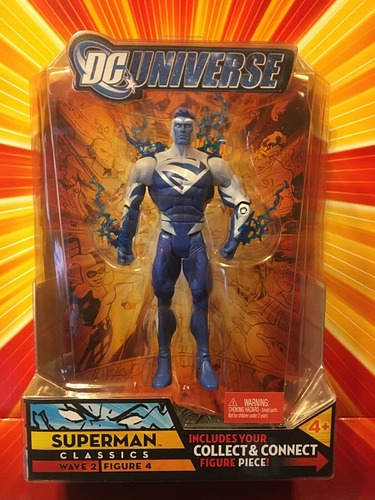 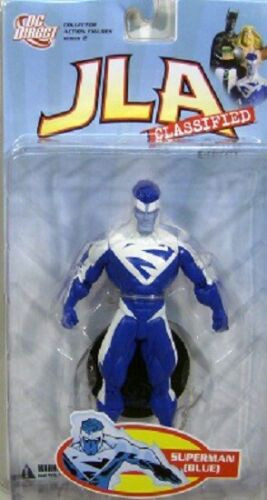 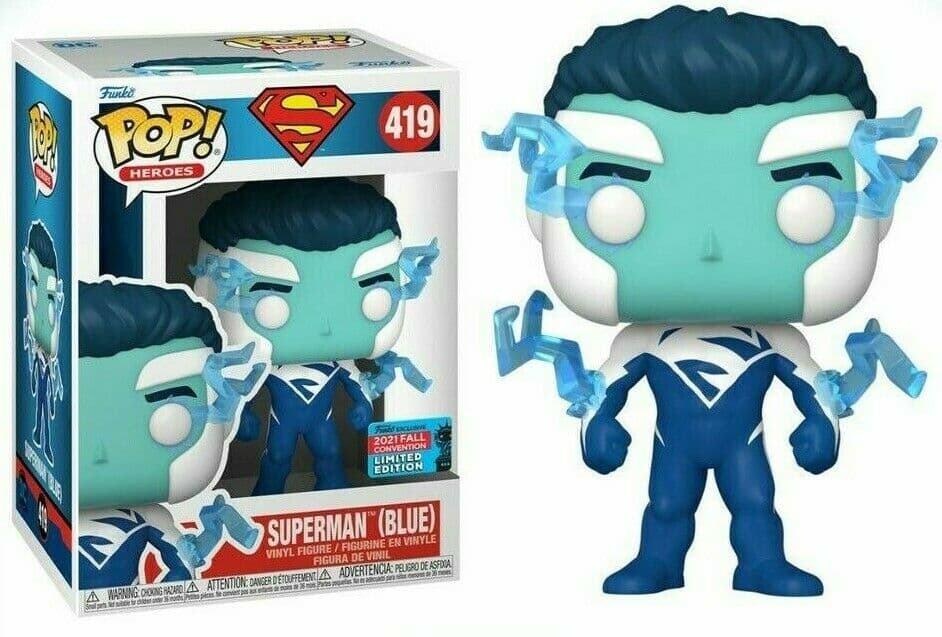 The Pop aside, all of the others have corresponding Superman Red pieces, but those will be seen at another time.

I rarely want Pops… Where, if a person wanted this one, might they purchase it?

I snagged mine at a local Pop store (they literally carry nothing but Pops). However-

Not too shabby, friend-o. Does that include S&H?

To quote something else from DC that’s celebrating the big 2-5 this year:

How many anniversaries in 2022?

Across comics and outside media…a lot.

Genesis’ 25th is this year as well, and yes, @Bar-El and I will spotlight it.

Oh yeah! I have read it, I use to have a glow in the dark comic when it first came out. When I first heard and saw the blue energy Superman, it really caught my interest and collected every story except for JLA.
Love the new look. But after a few months I started missing the old look, glad I had Superman Adventures comics at the time and watch Superman The Animated Series.
I did like Superman Blue and Superman Red storyline, I even had a toy of them.

I did like Superman Blue and Superman Red storyline, I even had a toy of them.

Two Monopoly dollars says I can guess the exact figures you had.

You up for that bet, pard?