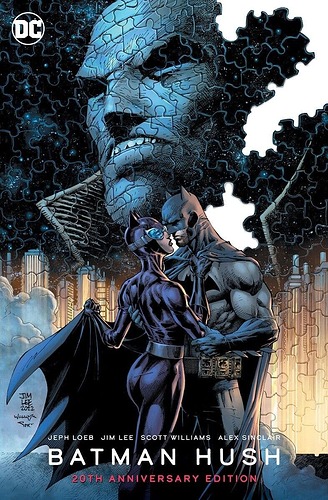 October 23rd, 2002 saw the release of Batman #608, part 1 of writer Jeph Loeb and artist supreme Jim Lee’s highly-acclaimed and fan-favorite 12 issue Hush storyline, a story which has endured for two decades and had considerable influence on Batman, not only in the comic medium, but across movies, video games and merchandising as well.

What are your thoughts on Hush as it turns the big 2-0? Did you read the arc as it came out? Catch up with it in trade later, or have you not read it yet?

If you haven’t yet read Hush, you can check it out right 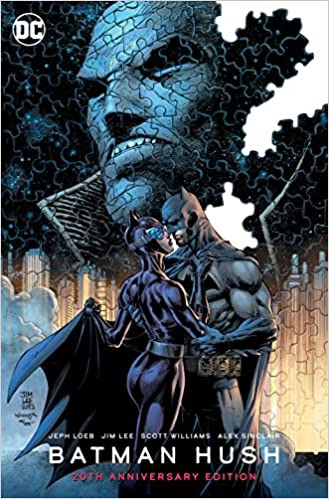 Pull back your conversation bandages, flip a coin, say hi to Harold and discuss Hush below!

What are your thoughts on Hush as it turns the big 2-0?

I hate it, but I somehow always get the Hush questions on Trivia Tuesday, so perhaps reading it was not a totally complete waste of time with no redeeming qualities after all. Maybe.

A bit harsh of a POV (Didn’t you like the art, at least?), but all opinions are welcome.

I did not. Way too many butt close ups. I hate seeing my oldest son sexualized that much.

Reading it out of character might enhance your enjoyment a bit more.

OOC: I read it almost a year before I decided to start roleplaying. I read it probably in November 2019 if not shortly after. I think my roleplaying started in late September 2020.

Happy anniversary to my favorite Batman comic ever! It’s now been almost a decade since I first read this, and it’s still usually the first story that comes to mind when I generally think of Batman in the comics. The art is obviously beyond amazing, and I still really love the mystery, especially since it took Bruce around the world and brought in a great ensemble of other iconic characters. I’m not sure if I’m gonna get the 20th anniversary edition since I already have the standard trade and the Unwrapped hardcover, but if there’s any graphic novel worth having 3 versions of, it’s this one

I have never been a huge fan of this story but its historical significance is undeniable. This book was a HUGE hit at a time when DC hadn’t really had many mammoth hits for awhile. It cemented Jim Lee as the “default” DC artist to this day. And it arguably laid the groundwork for Jason Todd’s eventual return.

i feel old. I feel like it could have been a lot better, as the overall ending of Hush felt like it was forced to be done that way. It’s a great ark but really shows the start of Didio’s idea’s about heroes policies.

In addition to their classic Hush arc, this tome also features a brand-new tale by Hush architects Jeph Loeb and Jim Lee.

I won’t spoil it, but if you like Harley Quinn, you’ll likely enjoy the new story.