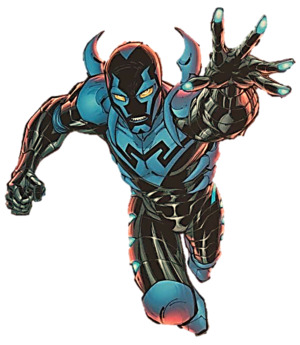 While the Hispanic Heritage Month festivities began on September 15th, you can begin your read-through of Jaime Reyes’ first go-around as Blue Beetle right now with the following: 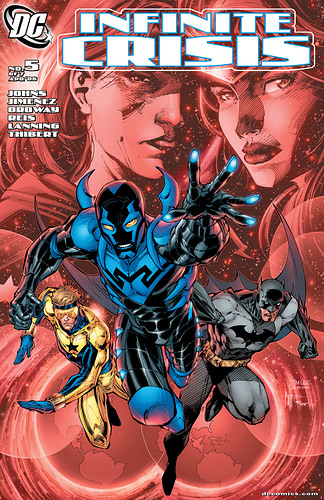 Worlds returned! Alexander Luthor made the impossible happen and the multiverse has been reborn! But can the fabric of reality handle the existence of... 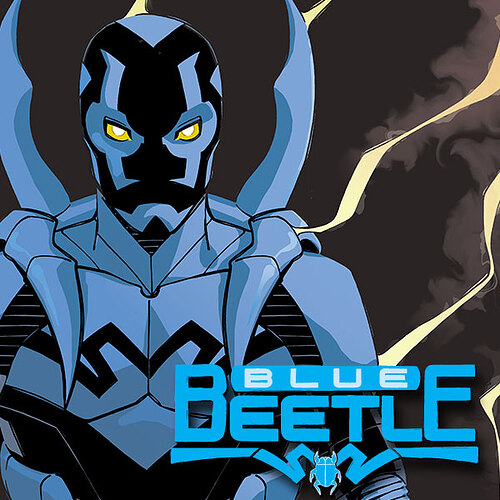 Jaime Reyes just wanted to live a normal teenage life. But after bonding with an alien scarab, he must become the new Blue Beetle.

Read what you like and discuss whatever comes to mind. Are you a seasoned fan of Jaime and his adventures via the Reach, or is Jaime Reyes and his tenure as Blue Beetle brand-new to you?

Whatever the case @JusticeLeagueBookClub, Jaime is one of the DC Universe’s greatest heroes, so enjoy your reads and I wish you a Happy Hispanic Heritage Month!

This was my first dive into the Blue Beetle world. I was hesitant at first because I tend to shy away from teenage heroes but I am glad I gave Jamie a shot! Just finished the first 25 issues, which is the conclusion to Giffen and then Rogers run and what a ride!

Jamie really did have quite the hero’s journey arc. I loved his character. The reluctant hero trying his best. He wasn’t quippy but he had a sense of humor. He was smart but nothing came easy because he didn’t know how to fight nor how to use his armor. Having to constantly choose to not kill despite the easy way out every single time. And, most admirably, he was man enough to cry. To show how vulnerable he was. I was tearing up when he was, every single time. Which, for a super hero book about that could have reaked of machismo, was a lot! I was cheering for his ups and his downs. Shaking my head when he made mistakes and whispering excitedly under my breath as he grasped victory.

Giffen and Rogers were firing on all cylinders as I didn’t think there was a weak issue in the initial 2 years I read. The story wove beautifully together to make a grand narrative with each of the pieces falling into place just when it needed to. Chef’s kiss. The tone of the book was fun and lighthearted but not afraid to touch on weighty topics like gang violence, poverty, abuse, death and responsibility. We got team up galore, which normally i am not crazy about but the two main writers, the guest ones as well, didn’t make any of them feel out of place nor overshadowing. It was cool to see him start from square one and gradually unlock the puzzle of his powers. The entire endgame arc of issues 23,24, and 25 brushed up against perfection. I was engrossed in Jamie’s struggle right up until the very end.

The supporting characters were all gems as well. Paco, while a little heavy on the sexualization of women, was written as a capable friend with a heart of gold. And Brenda, leaning a bit into the fiery red head trope, was fun, engaging, and totally capable of handling her business. Both of them had great character arcs themselves. Seeing Paco grow into a more mature fixture in not only Jamie and Brenda’s life but in the community buy buying the family business back, assembling the team, providing connections and stepping up to protect whomever he needed to protect; so good. And the emotional weight of Brenda’s journey was so gut wrenching. For what was essentially the C plot in a light hearted coming of age story about Jamie, Brenda shined. Her family struggle slowly manifesting into something new and challenging every few issues; when she was crying with Jamie’s mom, man, so was I. The family unit of his mother, father, and sister were fun and relatable as well. I enjoyed their family dynamic immensely. I found them heartwarming, inspiring, loving, and supportive of one another. Aw shucks it was swell. And as a Hispanic Latino American it was refreshing to feel seen. To have most of the major players on the board not be just Germanic or Anglo Saxon Caucasian for once in my life.

The art by Hamner and Alburquerque was the weakest part for me. It was definitely “Of its time”. It looked like a lot of other comics I’ve read from the early/mid 2000’s. There were some dynamic panels and the narrative storytelling flowed well but there weren’t any stand out pencils, splash pages, or coloring choices. The style was too chunky and simple for my liking and often struggled with same face syndrome. The inking didn’t help either. It was too heavy and often obscured entire chunks of what little detail there was. Also, sometimes the letterer disrupted the reading flow but it was few and far between. I never really felt like I needed to stop and smell the roses with any of the visuals. I just kept churning the pages, not once going back a page to gawk as I so often do with most of my books.

That being said, for issues 1-25 I give it a 8/10. Minus a point for the art and another for the pervy guys perving. Also, this book managed to make me actually appreciate Guy Gardner, who I despise. So bravo.