CASTING ANNOUNCEMENT: Muschietti's The Flash Movie Has Its Supergirl

Chosen from over 425 actresses who auditioned, The Young and the Restless Daytime Emmy nominee Sasha Calle has scored the feature role of DC Universe’s new Supergirl. The Boston, MA born-Columbian actress is the first Latina Supergirl ever in DC.

Read the full announcement on Deadline here, and watch director Andy Muschietti break the news to her on his Instagram here

Do you believe Sasha can fly? Let us know in the comments below!

Congratulation to her, and hope it’ll turnout to be a good movie.

NICE!! Congrats to her!

Gawd I was in tears watching her reaction!

I can’t wait for this movie!!!

There’s going to be a Supergirl in this movie?

Wow, this is going to be different.

This is pretty cool. I wasn’t even that interested in the Flash movie, now I am…

And that Instagram post… I have no idea who she is, but I’m so happy for her.

cool,so is the flash movie actually going to happen, happen?

My heart was with her every second of that call… What an amazing moment to be shared with the fans. Totally took me to the moon!

I LOVED her reaction, it was so genuine. A huge congrats! Can’t wait to see the movie!

. Supergirl in the Flash movie now. This movie just keeps getting better and better.

I do believe this Supergirl can fly! I do, I do!

She is so happy. I love it.

She is joining the best. Now fly Sasha. 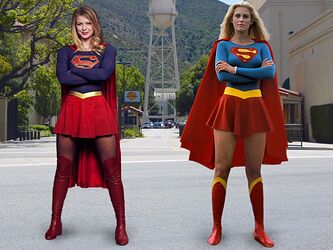 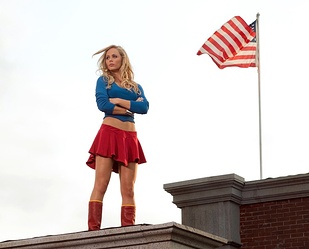 I mean, how could you not be excited after that reaction? Clearly she cares a lot about the character and is going to put everything she has towards it. Congrats to her!

That reaction was incredible. What a wonderful surprise!

Honestly I feel like she could be a pretty solid fit for Supergirl, but now I’m starting to worry for this Flash movie. Exactly how many characters are they cramming into this film?

I’ve decided to give into the casting announcements, and give up on classifying them as spoilers. I embrace this exciting news!

Seeing her reaction and how happy she is, despite not knowing her, makes me look forward to this movie!! You go (super)girl!

Since this is a multiverse movie, and DCEU Flash already interacted with the CW Flash (and I hope we get more of that scene or the circumstances around it in the movie), but this makes me think we will probably also see a cameo from Melissa as well!

Ok, never seen her act before so surprise me

This is pretty cool – I haven’t seen her in anything, but she apparently won a Daytime Emmy for her work in Young and the Restless, so couple that with her genuine reaction and I’m feeling pretty confident here.

The only thing about this announcement that makes me a little antsy is past news/rumors that Warner Bros was going to bring in Supergirl to the movies to specifically move on from using Superman. I really, really, really hope that’s not the case, and that not only do we get to see Superman in the movies as well, but maybe even bring back Henry Cavill to continue doing the excellent work he’s done with the character. I know I’d love to see him cameo/support star in the upcoming Supergirl movie!

As for the whole “is there a Flash in the Flash movie” thing – I would remind people that Wonder Woman debuted as part of Batman V Superman, and that both Spider-Man AND Black Panther made their presence known in Captain America: Civil War. I imagine that we’ll get just enough of Sasha to want more, but not enough to overshadow Ezra’s Flash and his story.