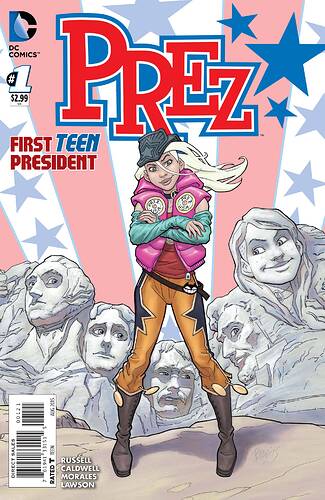 1987×3056 603 KB
It may not be a presidential election year @JusticeLeagueBookClub, but your vote always matters, so why not cast a vote for one of DC You’s most entertaining books: Writer Mark Russell and artist Ben Caldwell’s delightfully entertaining and wonderfully satirical Prez: 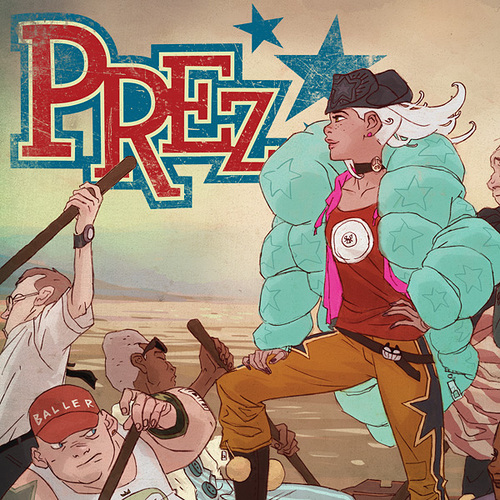 Social media sensation Beth Ross takes the political world by storm when she becomes the first teenager elected President of the United States!

Bonus read: Prez made a brief return in 2016 in the pages of this presidential library-worthy one-shot 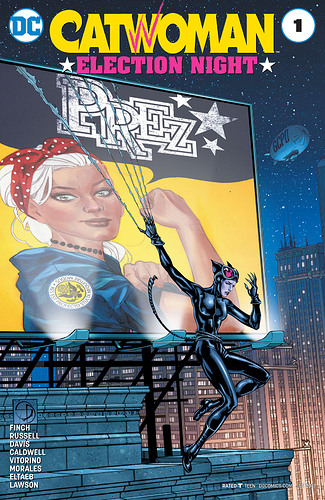 It’s mayoral election time in Gotham City, and while the city is up in arms, Catwoman couldn’t care less! But when the candidates get personal, the Feline...

Afterward, be sure to check out the original volume of Prez, from 1973: 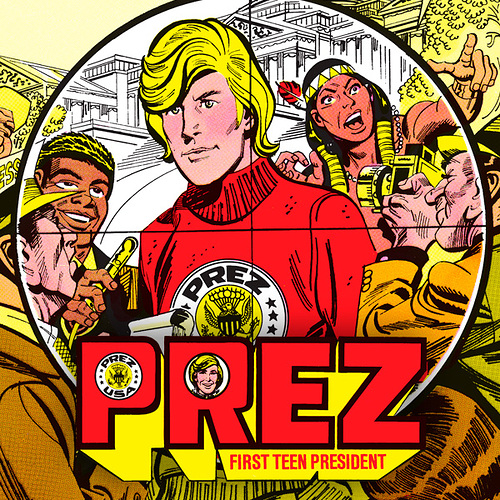 An 18-year-old is elected President! Fighting corruption and pollution, how will this teen survive in Washington, D.C.?

What are your thoughts on these series, and would you vote for a teenage president? Cast your vote below, and let democracy, justice and freedom reign from sea to shining sea!

Special thanks to @keath for joggin’ my noggin loose about Catwoman: Election Night.

I vote @Vroom for President, he makes alot of great choice.

I have read the original comic but never did read the newer version.

I really want the second half of Russell’s run to be published. The one-off in Election Night in a completely different timeline didn’t jive.

I vote @Vroom for President, he makes alot of great choice.

I do however thank you, @Reaganfan78.

I have read the original comic but never did read the newer version.

I really want the second half of Russell’s run to be published.

That’s right! Along with Telos and Superman: Lois and Clark (Titans Hunt, too?), Prez was going to be a 12-issue run, wasn’t it? That escaped my mental sponge over the last 7 years.

It’d be great if Russell could do a new round with Prez. I’d certainly support the book.

The one-off in Election Night in a completely different timeline didn’t jive.

I read that when it came out, but I don’t remember much about it, offhand. Looks like its time for a re-read!

I thought it was interesting, the happy face​

villain was creepy. I have to say the kid who became president is really lucky.

I have to say the kid who became president is really lucky.

Now I have a desire to watch the Disney flick First Kid, which starred Sinbad.

goes to see if First Kid is on Disney+

I read this because it was one of @Razzzcat’s picks last month for the
community member spotlight. Somehow it missed my radar, but I really enjoyed it. Intelligent, and great pacing. Razz mentioned that they had cancelled the other half of the series, which is a shame. It was poignant, especially these days.

The one-off in Election Night in a completely different timeline didn’t jive.

Agree it wasn’t a suitable way to end things.

I think Prez sadly flew under most people’s radars, due to it not being a superhero series and an update of a character that was quite obscure.

The upside is that Prez does seem to have gained more recognition over the years, which is nice. Better to be a title deserving of recognition that gets it later on, rather than one that deserves, but never has, its richly-deserved recognition.

Have you read any of Mark Russell’s other DC work, @vct2041?

Not much in the way of his DC contributions, no.

If you like, here’s some other work of Russell’s that’s worth a look:

The latter’s second issue drops at retail on the 27th, while all of The Flintstones is on DCUI.

I never thought I’d love anything to do with The Flintstones, but Russell proved me wrong. Its a clever book that offers subtle commentary on the modern age.

Prez was an underrated gem of a book.

To quote the TV show Arrested Development, “Oh, most definitely.”

There’s plenty in the current political landscape that a new volume of Prez could mine for satire, and I’ll bet if Russell got a chance to do a new series, he could easily fill out 12 issues this time around.

Just so long as no line-wide publishing initiatives unintentionally complicate his plans, as Rebirth did with the previous Prez series.