If a DC show has been cancelled on, say, the CW or Netflix, for instance, is there a chance that HBO Max could pick it up and produce more episodes? For instance, I haven’t seen anything about the DC Superhero Girls series and whether we’ll be getting a season 3. And Naomi and Swamp Thing only had a season’s worth of episodes, so do you think if there’s demand from enough viewers, additional episodes could be made?

Anything is possible, but probability is low at this point. Fans are trying to save Batwoman and Legends, fans tried to save Swamp Thing, but no go so far. I even rewatched ST on the CW app and Legends on Netflix to push views, still nothing.

I am really hoping that HBO Max or another vendor will pick up Legends of Tomorrow, but I realize that the chances of that are happening are very low. Historically it was rare for cancelled TV shows to be picked up by other networks (Get Smart and Wonder Woman are two notable examples) and the same holds true for TV shows moving to streaming services. Off my head I can only think of a few: Longmire, Lucifer, The Mindy Project, and The Expanse among them. It is certainly possible a cancelled DC show could be revived on streaming (like Lucifer was), but I would say the chances are pretty low.

It would be great if it was picked up - talk about a show that reinvented itself and did interesting stuff.

That’s what is so sad about Legends… being cancelled. It had become a very remarkable show. The other day I was looking over both Rotten Tomatoes and Metacritic, and it looks like Legends of Tomorrow was actually the most critically acclaimed of the Arrowverse shows. The last two seasons actually rated 100% on Rotten Tomatoes!

yep. it started out as one thing and wasn’t afraid to totally turn around and do something unexpected - also, to make fun of itself. very genre savvy.

Possible but unlikely. If Swamp Thing was to be picked up it would have already happened.

Batwoman- practically no chance. Almost all the comments were celebrations.

Legends- I think there is a real chance they make a tv special episode or movie as a finale. The odds are against it, but it can happen.

I agree with most people on here. The short answer is there’s always a chance. But realistically the odds are against it otherwise at least a dozen cancelled shows who said they were going to shop themselves around would still be on streaming. .For every Manifest or Lucifer there must be a dozen Baker and the Beauty or Salvation that can’t find a home.

If a DC show has been cancelled on, say, the CW or Netflix, for instance, is there a chance that HBO Max could pick it up and produce more episodes?

I imagine it depends on the show.

For instance, I’m not sure if Pennyworth was “cancelled” after two seasons at Epix, but it is moving to HBO Max for it’s third season… 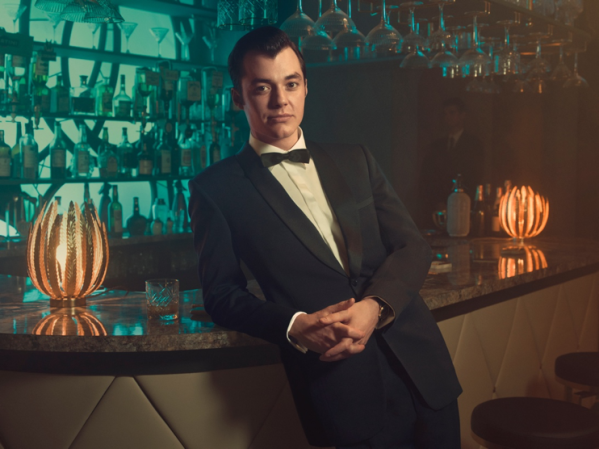 ‘Pennyworth’ Moves From Epix To HBO Max With Season 3 Renewal And seasons one and two are on HBO Max now.

Most instances though I imagine they would just create something new instead of saving something old.

CW’s Batwoman show was a hard sell from the gecko.
The show worst moments had a strange obsession with virtue signaling that never was properly thought of and honestly offensive. Unsurprisingly since the creative team of Batwoman were the same ones of Vampire diaries. I remember in Vampire diaries when they had Romani Gypsy’s be called travelers and made them villains for a season.

Whether it was feminism, lgbtq issues, BLM, and mental health, the show really screwed up having a genuine argument about complex problems, instead they turn them into sloppy plot devices with one-dimensional villains.

Writers might not have cared what they were doing

I think HBO Max is unlikely to pick up anything that was cancelled, particularly with cost-cutting Discovery in charge now. They probably aren’t thinking they need new DC product every week to keep the current subscribers. And between Titans, Doom Patrol, Harley, Superman/Lois, Peacemaker and Stargirl, they are already doing more than a new DC episode every week of 2022, not even counting movies. They are more likely to be reducing the number of series, unfortunately.

I think some channel that has no DC shows is more likely to bring back a cancelled show, but they’d still probably expect a bigger audience than the CW shows have garnered. But they can still bring back a few Legends cast members on a CW show next season and classify it a cross-over. Gotham Knights seems to have already put itself out of the running for cross-overs, but that leaves Flash and the John Diggle series

I still can’t believe they won’t do live stream channels on HBO Max. Put ads in them and you generate more profit (while leaving the on demand ad free if that’s how you subscribed). Imagine channels devoted to dramas, sit-coms, movies, and above all else, DC Comics. This would also provide the ability to run new shows and earn revenue from them as well.

Gotham became one of my all-time favorite shows, but I don’t think there’s any coming back to it. They created an alternate universe and sort of lived in that endgame world for the finale and I don’t know how well-received it was. There was a large fanbase but HBO Max shows seem to be focusing on the movie spin-offs at this time. If anything, I could see maybe some Gotham-universe comics being produced. I would love it.

The people I talked to hated the ending.

I just hated it because it was over

I loved Gotham, but I think you are right. There’s no way it is going to be brought back as a TV series.

The ending was pretty good! They did a time jump and we got all the players where they need to be. It felt like both a finale to Gotham and a pilot to a continuing series.

We saw a lot of Batman in the shadows and a full reveal at the end.

for sure. in part because in addition to everything else, the contracts for the cast and other crewmembers have been concluded, so getting all that organized is a challenge.