Can We Expect a Live Action Static Shock?

Is it possible to get a live action Static Shock similar to what’s being done with titans and doom patrol? I think his world is built for what they are doing here.

Oh, my childhood memories. That’d be a blast to see

I don’t have any news to share with regard to expecting the possibility of such a show, but we thank you for expressing your interest, @mcmichael_jr926.79221!

No news here either, but dang I’d love to see it! I’m sure it would be… shocking.

From what I understand the rights around Static are kind of a labyrinth right now, so while I wouldn’t say it will never happen, I’d certainly be surprised.

I thought that black lightning was or is static shock grown up. Maybe not

I would love to see another animated series directed at kids. This show meant a lot to me and I think it’s premise could be helpful to a lot of kids today too. The way it dealt with serious issues without making me feel preached to or babies still sticks with me.

No dude. BL is Jefferson pierce and SS is Virgil Hawkins. Black lightning is his mentor in a lot of storylines.

Like @HubCityQuestion said, there’s a lot of legal disputes going on with the whole Milestone universe in general that makes that probably way harder to do. I also wonder if maybe Black Lightning being on TV might make that less likely.

There are some Static Shock appearances on Young Justice Outsiders, but I don’t know who owns what. Static is most definitely Denys Cowan and Dwayne McDuffie ip, but Static Shock is DC. 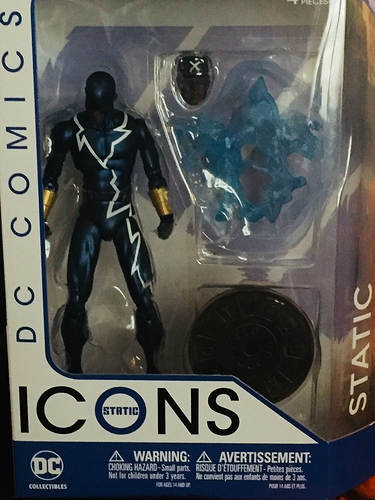 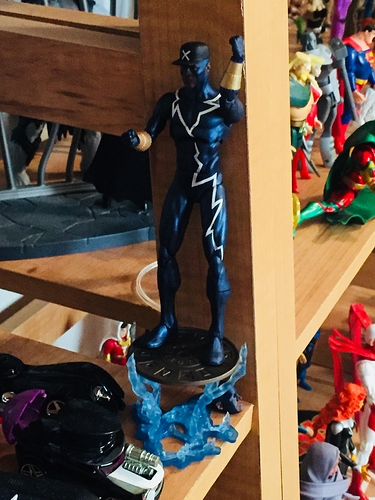 Sadly, Milestone Comics has some rights to Static. Despite selling well, until DC & Milestone come to terms, we only get him in Young Justice.

If they do come to terms, I would love to be able to make the live action Static Shock Movie. I have been working on a script for about two years now and I think it could vastly improve the DCEU.

If they could do that, they get Black Panther and Spider-Man in one. Them if they due Vixen as rumored, they can get Black Panther again. Not to mention, if they want to tackle realism they can. Have Static tackle community activism, school shootings, police brutality. Have Vixen tackle poaching, environmentalism, game hunting. HELL, have them meet crossover and tackle Pan-Africanism.

They can easily be bigger than the MCU and change the world.
-ZSR

Agent of chaos that I am, make it a live action Static, that way you can go a little edgier and maybe get a hudlin brothers discount if they produce & direct.

I agree static shock would be fun for those who grew up since the show! It would be refreshing to have his story told like the youthful hero vs a tough killer like Damian.

Both are in Young Justice at the same time. They’re not.

Yeah I agree. The writing in this show was fantastic and I loved it as a kid.