Can They Draw Too?: Six DC Actors Who Became DC Authors 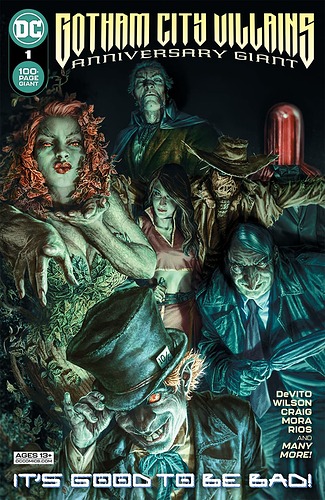 Perhaps the most harrowing part of life in Gotham (after those outrageous rent prices) is the fact that you can never be sure what to expect from the city’s criminal set. And in this month’s Gotham City Villains Anniversary Giant, commemorating milestone anniversaries for some of Gotham’s biggest and baddest, those nasty surprises come as big as they get. For starters? You’d have to be the world’s greatest detective to predict that Danny DeVito, star of the 1992 cinematic masterpiece Batman Returns, would be returning to his iconic role of the Penguin nearly 30 years later…as a writer. Unexpected, to say the least. But what may surprise you further still is that this isn’t even the first time this sort of thing has happened in the DC Universe. Here, gathered for you today, is the illustrious group Mr. DeVito now joins—actors from DC projects who have gone on to write their own characters’ further adventures on the comic book page.

To check out a full list of actors who became DC authors, head over to DC Comics!

Are you going to check out Gotham City Villains Anniversary Giant? Let us know in the comments!

started reading it…(need to state i am a diehard batcat fan) ya the DeVito’s penguin/Catwoman story was disturbing…then I noticed her eyes were the wrong color they were blue in multiple panels whereas Catwoman has green eyes. Throughout the entire thing so in my mind it’s an imposter Catwoman.
plus given the state of their current relationship in the comics right now Catwoman/penguin never going to happen given he put father valley on her tail. plus Batman’s lackluster reaction as he would be rather heartbroken if Selina got with Penguin seems to confirm this… It is still a nightmare fuel. on the other hand, it’s interesting to portray Cobblepot as a good guy. however there were a lot of plot holes in the story if you do not view it as an Elseworlds standalone story.

Then again it just shows how easy it is for Catwoman to get with anyone but the man she loves in the comics, same for batman, LET BRUCE HAVE HIS LOIS LANE, IN THE FORM OF CATWOMAN/SELINA KYLE ALREADY DC!

I did flip through it and the artwork is interesting going to read the rest later.