Burton-verse Batman films back in theaters!

I am so watching Batman and Batman Returns on the big screen!

Batman Returns has a special place in my heart

Old guy checking in here! I saw them all on their first go round, but I’ll definitely see them again!

immediately gets in his car, drives over to the nearest theater, and slams his wallet onto the box office desk

As an anniversary tie-in this is fantastic, but those showtimes suck. Nothing at night, say 7:00, 8:00? How about 4:00 and 7:00 instead of 1 and 4? Fathom’s rickety track record of inconvenient showtimes endures.

I saw Batman Returns, Batman Forever and Batman & Robin as they all originally came out and multiple times. I saw a 25th anniversary screening of Batman in 2014 and saw it again on the big screen in 2017. I’d LOVE to see Batman Forever in a theater again and that’s the re-release I might just make time for.

Thanks for letting us know about this =)

Got my tickets for Saturday afternoon for Batman and Monday evening for Batman Returns, works out fine with my schedule actually. Cannot wait as I saw neither one in theaters, my first big-screen Batman was Batman Forever.

I hope you have a great time

Thanks! I know I will. Batman 1989 was my first comic book movie and started my love of superheroes. It’s a special movie.

I can’t wait! Love those movies!

I love those movies 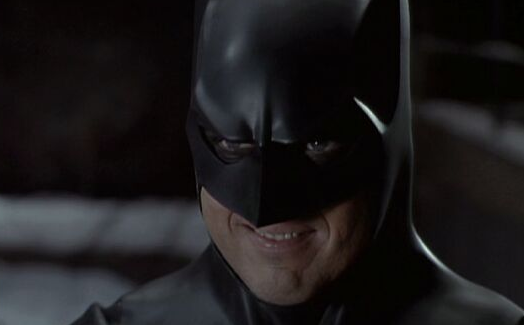 Fathom’s showtimes still stink, but they got my money anyway.

The first three movies are great but seeing a dumpster fire like Batman & Robin on the big screen is an experience unto itself.

Batman & Robin had a horrible Batgirl but Uma Thurman as Pamela Ivy is probably the best live-action movie Ivy we’ll ever get.

I sure hope we can get a better live action movie Poison Ivy at some point.

When Batman & Robin was in pre-production, rumors came about that Julia Roberts was a heavy favorite for the role (and Patrick Stewart for Mr. Freeze). I would have loved to have seen Roberts play Ivy.

Odds are she wouldn’t have tapped danced on the memory of Mae West the way Uma’s Ivy unintentionally did. In any event, Julia Roberts is a better actress than Thurman IMO.

I just bought my tickets for Batman 30th Anniversary and Batman Returns. Sucks that Batman is only showing on a Saturday afternoon and because I normally work on Saturday afternoons, I’m going to need to talk with a manager and ask for that day off. I did get an evening showing for Batman Returns, though, so that’ll work infinitely better with my work schedule. Really excited to finally see the Tim Burton classics on the big screen!

I was actually toying with the idea of seeing Batman Forever and Batman & Robin, too, but that’s too much money. And I saw them when they originally came out, unlike the first two.

@Mae, I actually kind of enjoyed Batman Forever. But Batman and Robin is really bad in my opinion.

It’s not bad, but it’s so different from Burton’s. I actually like parts of B&R, it’s fun in that campy way. But definitely #NotMyBatman

The only issue with these events is that theaters usually use a pretty small theater for showing these older movies. Mine’s still fairly large but it’s no IMAX.