Show some love for the former Corporate Crusader, erstwhile time cop! I’ve read all of Dan Jurgens’s original run and working my way through the post-52 series - the Blue and Gold storyline is absolutely amazing - and I just love the guy and his evolution. Relatively new to D.C., but I’d love to know what long-timers think of him.

To some, he’s the “greatest hero you’ve never heard of”.

To others, (especially a certain Watchtower Technician) he’s a “doofus”.

To me, he’s one of DC’s most underrated champions. Full of character, fun and (most of the time) a sharp dresser. Plus his name is just cool. Booster Gold…

Booster’s number one pet peeve? Kids that mistake him for Green Lantern.

Some of my favorite Booster reads:

His starring turn in the Justice League Unlimited episode “The Greatest Story Never Told” was, for me, a real highlight in the character’s history.

Booster Gold is all of us at some point in our lives. Ego and vulnerability mashed. And yet he’s the opposite of enagmatic. It was actually reading 52 that brought him to light for me.

Welcome to DC Universe @Heretic697.30155, I think Booster Gold and Skeeter are both a great characters. Last year I read his first orginal comic book and really enjoy his story arc. I also like his Justice League Unlimited episode where some people think he’s a Green Lantern. Hopefully someday we can get more of him on a tv show or movie, that would be so great!

Besides Justice League Unlimited, Booster Gold has also been seen on:

Before signing up I had previously read the Justice League International trades and one of the highlights for me was the Booster/Beetle bromance. Then his arc in 52 blew me away. So when I joined here, Jurgens’s original series was where I started.

I’ve found that I like a lot of D.C.'s “second-tier” characters more than most of their marquee stars. I’d love to see a Booster Gold movie.

AND a Guy Gardner movie!!!

I have been a fan of Booster Gold since his inception in the '80’s. He’s the slacker, doofus who became a hero. And he’s got the best side kick in comics–Skeets. Booster and Ted Kord need to be traveling through time mucking up DCU history. Basically they would be doing what Didio, Lee, Bendis and King have been doing only it would entertaining and fun.

@Heretic697.30155 Booster is a great character. High points for me are JLI, any Blue and Gold, and John’s run. I loved how he was willing to play the inept fool when he’s really a great hero. More Booster. And welcome to the DCU Community.

I felt so bad when Booster had to turn down JLA membership to maintain his cover but my heart soared (so dramatic!) when Batman acknowledged his greatness. So great.

There is no greater team than Blue Beetle and Booster Gold. Aside from JLI, Johns’ run is my favorite Booster run.

I picked him on a post about what character is an inspiration to u created by @Nok.

In addition to the titles I previously cited, I’ll add the New 52 Justice League International to the mix.

It was a fun book, but seeing Booster as leader of a Justice League team (even though he mostly followed Batman’s advice) was just fun.

The reunion of Blue and Gold was the best thing that came out of Heroes in Crisis. 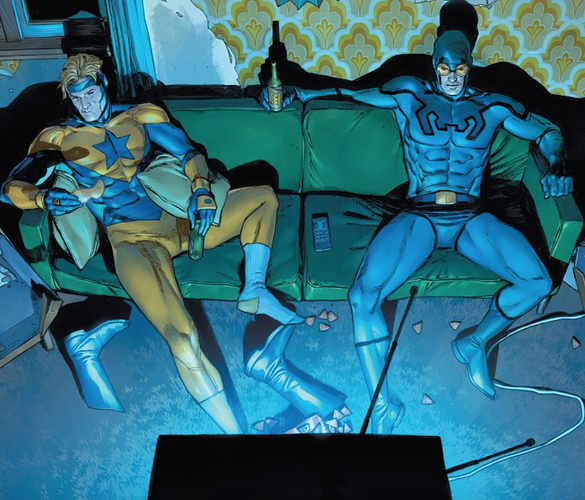 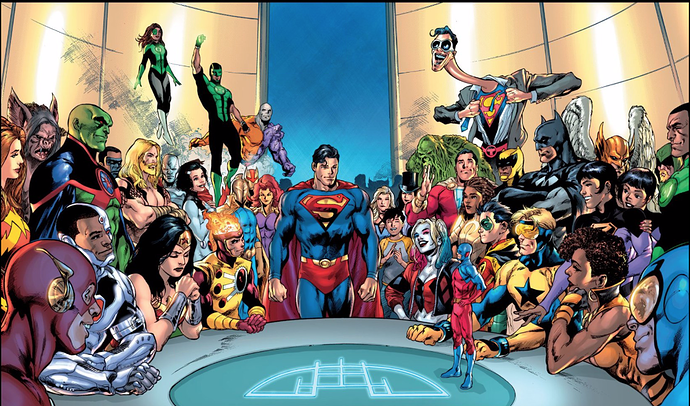 I think I read in Justice League Dark that Beetle was back, but I don’t know if it was a post-Rebirth retcon or what, but Heroes In Crisis just jumped to a priority read on my list. Thanks!