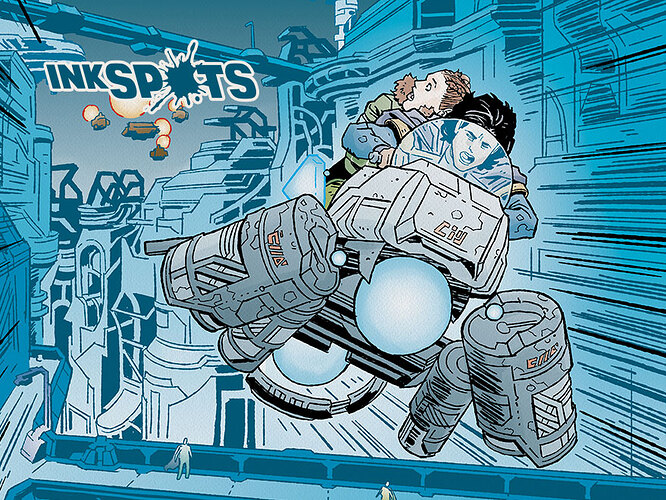 When we last saw our heroes, Zahn-Re and Sera-Ur—two Kryptonians from disparate parts of society—had formed a tentative partnership aimed at discovering the truth about what’s happening with their planet. Sera had consented to be a part of Jor-El and Lara’s experiments and Zahn was poking around with Midnight, a “terrorist” group with uncertain motives.

Now, Sera’s dealing with changes to her body—and her views on life and societal “rules”—and Zahn’s desperate to find out more about what’s going on, both with Krypton and Midnight.

House of El Book Two: The Enemy Delusion, written by Claudia Gray with art by Eric Zawadzki, is the latest YA graphic novel from DC and a sequel to last year’s House of El Book One: The Shadow Threat. We know what the book and its events will ultimately mean for Krypton, but will it rock your world? Perhaps our Book Breakdown will give you a clue. (And you don’t ignore clues, right? Because we know what that did to Krypton!)

To read the book breakdown, head over to DC Comics!

Have you checked out House of El Book Two: The Enemy Delusion? Let us know in the comments!

Yes, I checked it out so far an interesting story, about Krypton’s last days, Zahn and Sera are great characters whom, I can’t wait to read more bout. ZoDs portrayal as well is spot on. I am also liking that in this Lara isn’t just a photop and background.