BLUE & GOLD Get Their Own Series Finally! 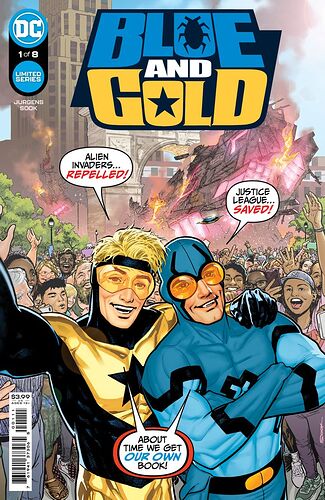 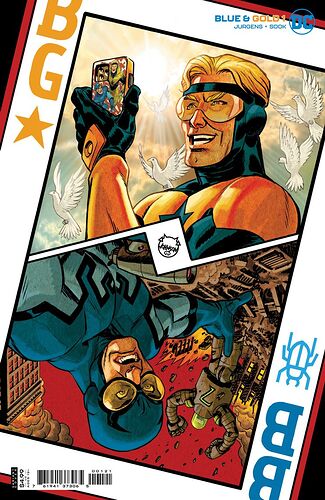 I can’t say how long I’ve been hoping for this very thing, But Man! I am so glad it’s finally happening!

This is a pretty sweet announcement! I’m very glad to see that Jurgens is working on such a passion project!

This series looks cool. Will have to check it out.

The knuckleheads are back!! Finally, something from DC that sounds like fun!

I’m a big fan of Jurgens so I am definitely interested in this series. Personally I loved his Superman stint. Sorry don’t care for Bendis on Superman.

Between Superman: Son of Kal-El, the Shazam mini, Justice League: Infinity and now this, July is shaping up to be a great month for new books!

ponders if he should buy Blue & Gold in print and digital, so as to give it extra support and to show that a Blue & Gold ongoing would be badass

It’s not Giffen/ DeMatteis and Maguire…

It’s about thirty years too late…

Wow!!! I’m super pumped for this! Such a great announcement.

The only thing I’m a little hesitant with is the art style on the cover. I’m not an artist and I would never say something like it is bad. It’s clear there is a lot of talent and heart put into it. I just don’t think the pseudo-realism works well here. Alex Ross can get a pass for me since his art is super stylized with water colors, but the digital look and coloring of this art just looks off for me. Doesn’t work for the medium/characters. But that’s just my un-artistic opinion. I’m reading this story no matter what!

Today’s issue was the best one so far thanks to the appearance of the one and only Guy Gardner. 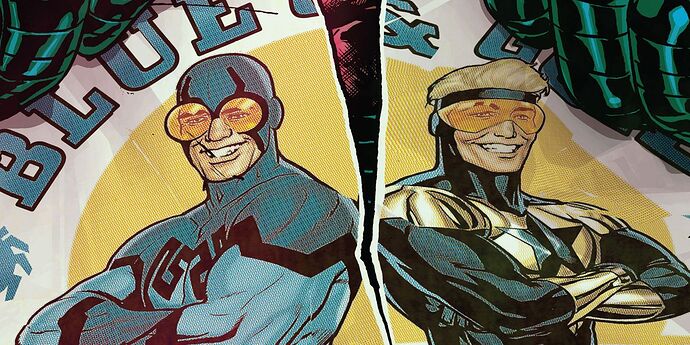 Blue Beetle and Booster Gold form their own superhero organization designed to help the little guy in the latest issue of Blue and Gold.

This series just gets better and better!

Just read the last issue. I really enjoyed issues 1 and 8 with the middle being okay. This really shows that taking away my money was an awful idea.

I enjoyed the final issue. I’ve been waiting to see whoBlack Beetle really was for years, and while it wasn’t who I thought it was going to be, the reveal genuinely threw me off guard in a good way. It raised some interesting questions.

I also really liked the ending.