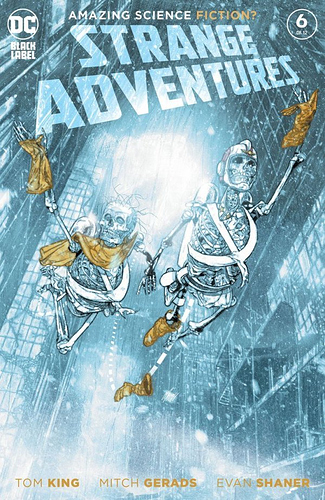 How determined is Mr. Terrific to find the truth? The answer becomes more challenging as the whole world starts to turn against him. Adam Strange is a hero who can save the Earth from alien invasion, and who is Mr. Terrific to say otherwise? The extent of the denial only makes the man more suspicious. Not that the warmongering Pykkts care one way or the other. If Strange is to be believed, they only have one thing on their minds: taking over the planet. Adam and his wife beat them back once before, and the key to doing it again is to dig into the past that Mr. Terrific is so hell-bent on destroying." 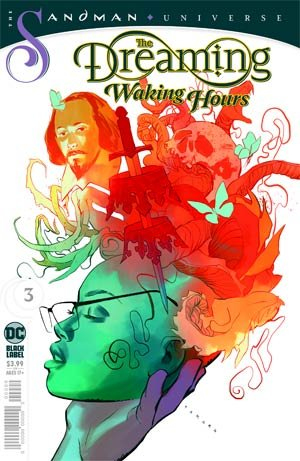 “In the waking world, Ruin and the fallen cherub Jophiel have teamed up with the sorceress Heather After to try to pull Lindy out of the Dreaming, and home to her newborn daughter…but they’d better work fast. Lindy’s mind is rapidly disintegrating as she reckons with thousands of possibilities for who Shakespeare really was, each one alive and walking around in front of her—and if she can’t keep it together, then she’ll be lost forever!” 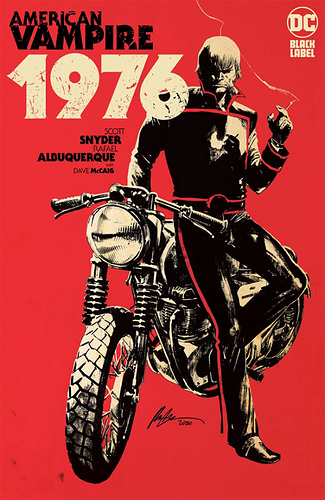 "America is broken. Trust between the government and the American public has crumbled. Paranoia reigns supreme.

It’s 1976, and this is the concluding chapter of the Eisner Award-winning American Vampire!

Skinner Sweet has exhausted all efforts to regain his lost immortality. With his powers and purpose gone, he is now determined to go out with a bang. At a seedy motorcycle rally in the desert where he’s closer than ever to his death wish, Pearl Jones and a shocking partner tracks him down for one last, desperate mission: The force known as the Gray Trader and its minions are tunneling through the bowels of the world to unleash hell on Earth—just in time for America’s bicentennial. With catastrophe looming, it’s up to Skinner and Pearl to reconcile and change the course of history—or die trying.

The series that launched the careers of superstars Scott Snyder and Rafael Albuquerque returns for nine final issues and the closing chapter of the legacy of American Vampire." 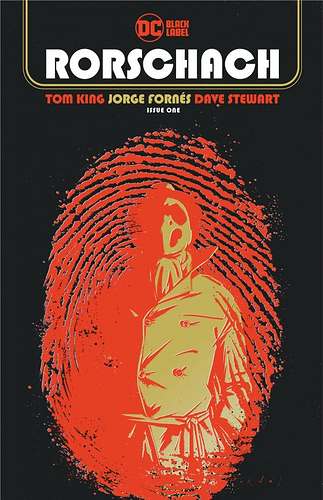 "It’s been 35 years since Ozymandias dropped a giant interdimensional squid on New York City, killing thousands and destroying the public’s trust in heroes once and for all. And since that time, one figure in a fedora, mask, and trenchcoat has become a divisive culture icon.

So what does it mean when Rorschach reappears as an assassin trying to kill a candidate running against President Robert Redford? Who is the man behind the mask, and why is he acting this way? It’s up to one detective to uncover the true identity of this would-be killer—and it will take him into a web of conspiracies involving alien invasions, disgraced do-gooders, mystic visions, and yes, comic books.

Writer Tom King joins forces with artist Jorge Fornés for a new miniseries that explores the mythic qualities of one of the most compelling characters from the bestselling graphic novel of all time, Watchmen." 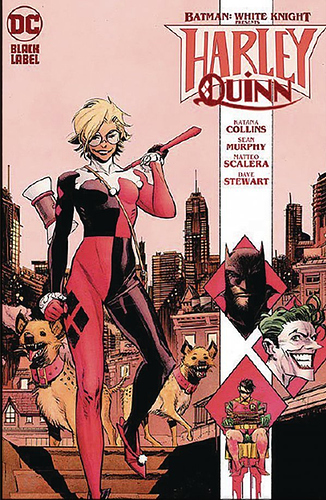 "The Joker is dead, Bruce Wayne is behind bars…and Gotham City is just starting to redefine itself without Batman.

As Harley Quinn struggles to adjust to her new life as the mother of Jack Napier’s twins, an elusive mastermind called the Producer seizes the moment to assemble a crew of villains—starting with the Starlet, a serial killer who murders Gotham’s golden age film stars in homage to their silver screen roles.

When a recent, gruesome crime scene suggests a connection to The Joker, the GTO, and FBI agent Hector Quimby turn to Harley as the one person with information that could crack the case. With some help from Bruce, Harley agrees to investigate—but to protect her children and her city from a fatal final act, Harley must flirt with madness and confront her own past." 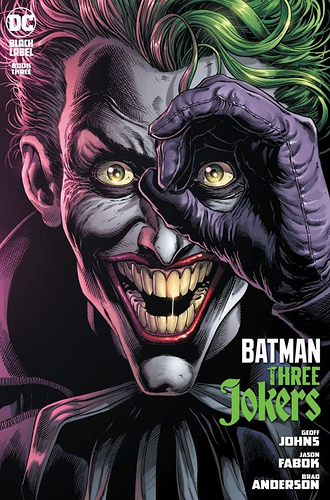 "The final chapter of the most terrifying and personal Batman mystery is here!

Still reeling from their last encounter with the three Jokers, Batman, Batgirl, and Red Hood discover the terrible truth about the Three Jokers’ plot. Will the caped crusaders have the strength needed to put an end to the maniacal menaces’ master plan once and for all, or will it be lights out for good? You won’t want to miss the stunning conclusion of Batman: Three Jokers as it completes its trajectory as the ultimate examination of The Joker and his never-ending conflict with Batman." 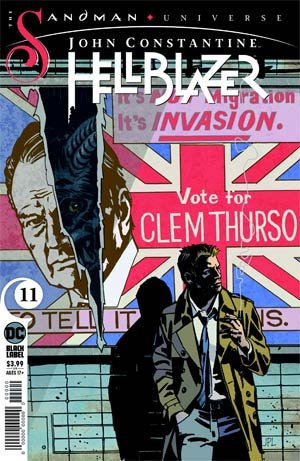 “A message from Clem Thurso, the most virulently bigoted politician in the UK, unexpectedly sends John on a journey deep into the heart of occult evil—and down into a chamber below Parliament where something truly unspeakable waits…” 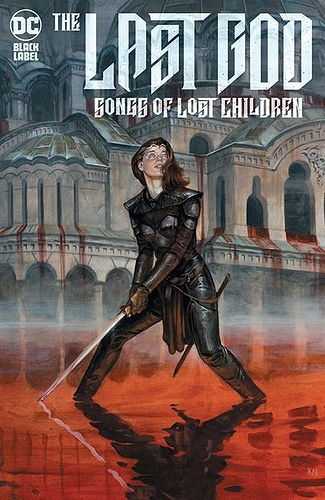 “A decade after the infamous battle of the Black Stair, an incognito Queen Cyanthe and her handmaiden embark on a journey to the poverty-stricken villages outside Tyrgolad. When faced with stories of disappearing children and a real-life encounter with a great and ancient monster, Cyanthe realizes that tales of monsters lurking are anything but folklore, and must return to her warrior roots to slay another ghastly creature. Special guest writer Dan Watters (Lucifer, Coffin Bound) and artist Steve Beach (The Last God: Tales from the Book of Ages) join the world of the Last God for this tale from the Age of Tyrgolad.”