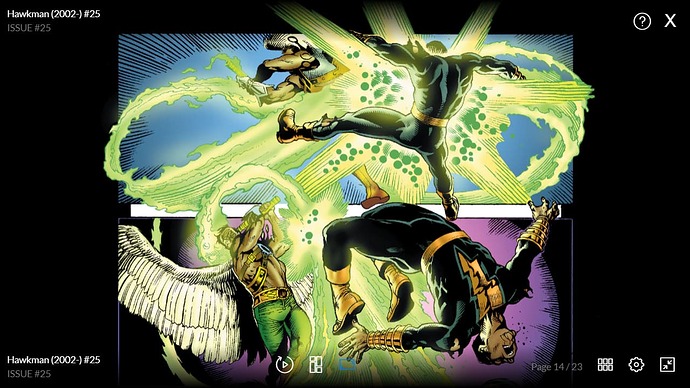 Honestly more excited for the JSA then Black Adam himself. 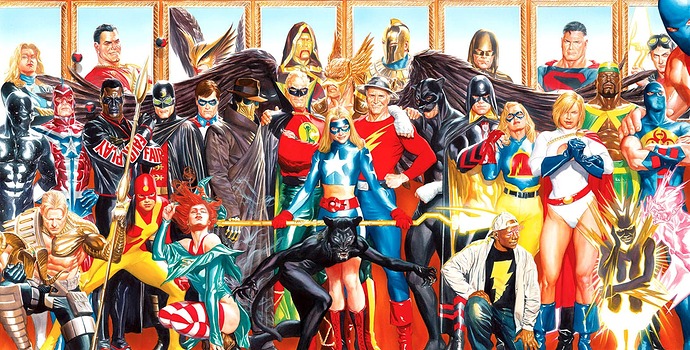 Not bad for a teaser. Some of the humor actually surprised me a bit – it looks it will fit in relatively well with the Shazam movies, which is cool and hopefully a sign that the two will meet.

Overall, looks cool, definitely going to see it when it comes out.

My most-anticipated movie of 2022 (DC or otherwise) looks great!

Bring on this movie, Priest’s Black Adam mini and, of course, the Black Adam merchandise!

While minor, the only problem I currently have with the film is Black Adam’s actor. I imagine Black Adam looking more like he did in Superman/Shazam!: Return of Black Adam and think it would be cool for someone closer to Egyptian roots, even Arnold Vosloo reprising the role for first live action appearance, to play Teth-Adam. This is the first trailer to show more of Black Adam’s appearance than just wearing the hood or showing for like a second. What really confirmed this opinion for me is the scene where that guy pulled out an expandable baton and hit Black Adam. Could be taken out of context, but I think a different actor would make that action look like a bigger mistake. Essentially, when Black Adam gets angry and looks “scary”, I don’t picture Dwayne Johnson to fill that role. Anyways, I’m sure the film will do well and I’ll probably like it more than some of the other recent DC films.

I think the tone and the Kanye West music is what’s ruining it for me.

I’m intrigued! I will say it does look very mainstream, in the sense it seems more like Dwayne Johnson movie rather than a Black Adam movie. But I’m very excited to see him clash with the JSA and they seem pretty on point from what I’ve seen. Here’s hoping for a Shazam/Black Adam movie sometime soon!

That’s true of everything, TBH.

@Vroom speaking my language, excited for the PriestAdam!

I am very excited to get to know all of the JSA and Adam himself. And it comes out in my birthday month…if they don’t delay it again…plz no…

speaking my language, excited for the PriestAdam!

Remember how I said Black Adam was going to be a DCUI or trade read?

This trailer changed that.

Seeing how excited I am for the movie, its toys (Spin Master and McFarlane are gonna kill it!) and the overall aspect of more JSA characters entering into the public’s consciousness via this movie, I can’t NOT read Priest’s BA now (I just hope its better than his Justice League run was

And it comes out in my birthday month…

Their “pizza” sucks, but they have video games and other stuff (wanna do a Skee-Ball match?), so that helps even things out.

So, how many times has everyone watched the trailer?

I’m about to embark on my second viewing.

. Not a lot shown but don’t mind. Exited for this one.

Show-Biz was were it was at. RIP.

Show-Biz was were it was at. RIP.

I have very faint memories of ShowBiz from my early childhood, but it was a pretty neat joint, as I recall.

Minus the animatronic band, which was horrifying to a 7-year-old. That aside, it was a nifty place.

I liked Priest’s Justice League, but it’s definitely the weakest of the things I’ve read from him since he started in Rebirth. (and that includes the Inhumans miniseries he did, which I rather liked).

I’m waiting for a second viewing till I can get home and watch on my big computer screen.

Sure, and darn nice of you to pay, as well!

I’m waiting for a second viewing till I can get home and watch on my big computer screen.

I’m eager to watch it on my TV, but on the computer, it makes for a nice distraction from work.

Now THAT’S how to do Hawkman on the big screen!