Who else is really hyped for this movie? I may be more excited for it than Batman. I like the Rock and everything I hear about this movie gets me more hyped for it. 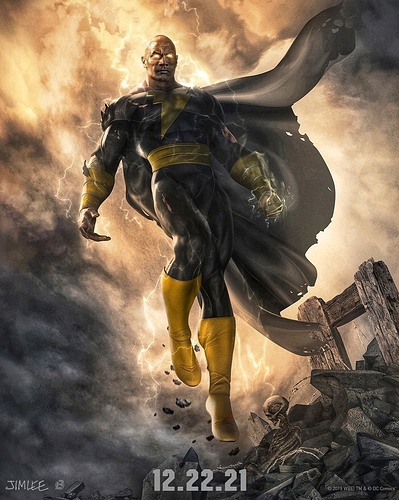 image1023×1279 312 KB
They latest rumor/news for the movie is that they might be casting more JSA characters like Cyclone. I don’t know how reliable ScreenRant is so take that at your own risk. 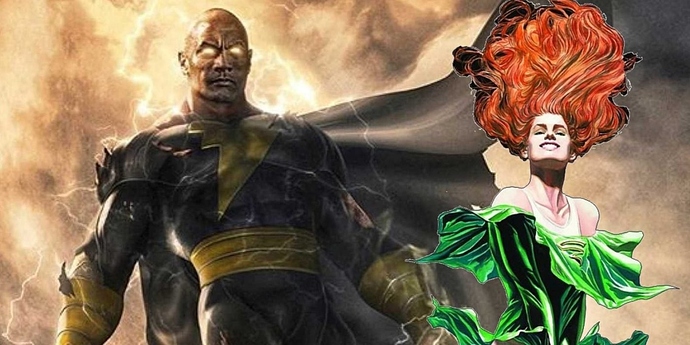 Justice Society of America’s Cyclone will reportedly be in Black Adam.

I wanna make this the official unofficial news and rumor thread for Black Adam.

Should I have used a more clickbaity title?

I think the title is just fine. I’ve also heard rumors that they may include other members of the Justice Society of America- Dr. Fate, the Jay Garrick Flash, etc. perhaps. And also that they were going to cast Kevin Hart to play a DC character, or that he wanted Kevin Hart in the movie. I am also excited for the Black Adam movie and hope that does well. I can’t wait for some of the Shazam references or how they will tie that to the movie or whether Zach Levi might appear for some cameos. But, its more likely similar to Venom they will try and make Black Adam his own thing not tied to Shazam at least for the first film if they decide to segment it into a series.

Well, the Kevin Hart thing I’m pretty sure is them joking around, because Johnson and Hart are friends who have worked a lot together in movies like Central Intelligence and the Jumanji movies.

The rumor going on right now that I remember seeing is that Shazam 2 and Black Adam will actually be filming at around the same time to try to keep some continuity between the two.

And the really spicy rumor is that since the two have the same agent/producer and Dwayne Johnson wants to fight him in one of the movies, there’s a chance that might be the way that Henry Cavill comes back to play Superman.

Well, the Rock was one of the producers for Shazam so I believe it is his goal.

Training has begun. Thank you to @RandallusPrime for finding this. 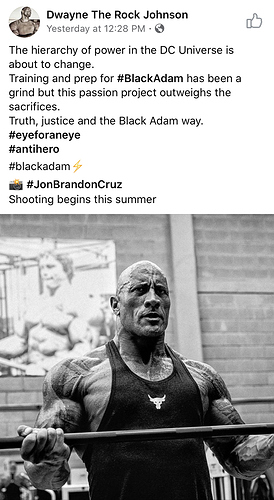 I’ve heard some of the rumors and I can’t wait. Wondering will is Be in the past. How far it the past will it be. Will it jump around from time to time. Is a the old jsa or a new and original one. Is Shazam going to cameo. A lot of questions but overall a lot of excitement.

I’ve been hyped for this forever! I’ve always followed the rock on insta, and he’s been posting black adam things for a while now. Cant wait!