Hey birdwatchers! It’s time for another special mission! This time we’re focusing on Black Canary for our Spotlight. But, in addition, we are also looking at some early Birds of Prey Team-ups with the Black Canary/Oracle one-shot that started it all and the Manhunt mini-series! These were the first few issues that would directly lead into the first epic ongoing Birds of Prey series! 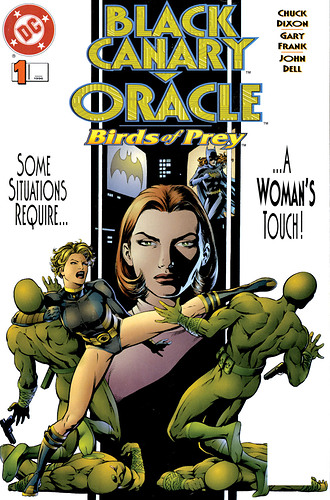 Remember, March 8 is International Women’s Day and March is Women’s History Month, so indeed, “some situations require a woman’s touch!”

For this round we’ll take one week (or as much time as you need) to read (3/8–3/14), and start discussion the following week (3/15–3/21). If the volume is too much for your reading habits, feel free to focus on just the Spotlight or Team-Up portion. Drop your thoughts below when you’re ready, and Welcome to the Birds Nest!

I have been on a Black Canary exploratory reading binge lately. Rather, just searching out books that she appears in. With that said, I have been reading Green Arrow (2001) 1-10 aka Green Arrow: Quiver. While this doesn’t feature Dinah too often the moments she is there Kevin Smith really made it count. With all of that said, I am on issue 10 now and was trying to decide what to read next. Green Arrow: The Longbow Hunters it is!!!

That is indeed something to be sad about. I was at the comic shop yesterday and saw they still had the Archives Edition but it was $50! There is good news in this story. I then remembered that the new collection is coming out this week!!! This will be $30 but it is $20 cheaper but softcover and will look great next to my The Huntress: Origins book. 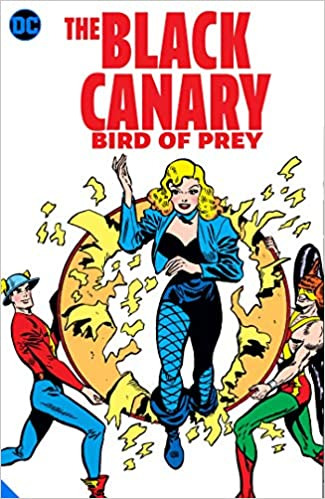 Looking forward to re-reading these!

Just finished Green Arrow: The Longbow Hunters. There is a lot to unpack in this story but the biggest thing I noticed was the Dark Knight/Watchmen influence. The Longbow Hunters is definitely not for the kiddos and features the one-two punch writing/art from Mike Grell.

Reading this for Black Canary might be misleading. Yes, she is there and she is a very important piece of the story. We even see the first appearance of Sherwood Florist, which is heavily featured in her own solo mini-series. The one thing that I didn’t like was that her role was the damsel in distress. I will say that Grell’s artwork was powerful during these scenes.

One thing that I can relate with is Ollie’s outlook on life. Maybe not everything, but I think it is natural to begin to ponder mortality as you get older. Granted, his lifestyle is not exactly ideal to raise a family but the seeds are there. A lot of the themes introduced in this story will become a major part for both Black Canary and Green Arrow in the decades that followed. Shado was also introduced in this mini-series and she will play a bigger part in the future for Green Arrow.

Finished these not that long ago, just kept forgetting to put down my thoughts.

First, Manhunt – like most of Chuck Dixon’s work, it’s just…alright. Basically just a fun excuse for a mix of badass girls of the good and bad variety to team up. The villain was kind of a bore (I don’t understand how all these ladies swooning over this cardboard cutout disguised as a man but whatever), but he worked well enough as motivation I guess. Art was also okay – nothing bad, nothing really stand out, just gets the job done.

What is kind of interesting is that it does sort of lay out seeds for what we would later get in Gail Simone’s run on Birds of Prey – not just Huntress working together with Black Canary, but Lady Shiva’s relationship with Black Canary.

Now, for Longbow Hunters – like others have said, it’s definitely inspired by Dark Knight Returns in terms of not just the story and mature content, but in terms of art. The way it blends more traditional comic book art with something that looks more like colored pencil for specific moments and flashbacks really makes it pop.

@D4RK5TARZ I think had a good point about Black Canary being kind of the damsel in distress in this story, but I will say that from what I’ve seen in Grell’s run, the way she recovers and regains her strength (for lack of a better word) I think puts Grell’s run above other stories that have played with similar subject matter. I’ve always said that the way Grell handles it here is far better than, say, Brad Meltzer handled the assault on Sue Digby in Identity Crisis.